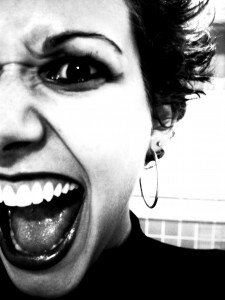 Have you noticed that new edicts about control are almost always directed at Muslim women? How often do you ever hear about men being warned to act properly?

Despite the equality between the sexes, Muslim women appear to get more attention from Muslim NGOs, PAS politicians, officials from the Islamic Development Department of Malaysia (Jakim) and other religious authorities.

The nation’s favourite pastime appears to be bashing Muslim women.

Every insecure Muslim man and organisation treats the Muslim woman as if she were a brainless, sexual object, whose main role in life is to breed.

How often are Muslim men told to stop objectifying women? Are they taught to respect women?

The Saudi Arabians have their Wahhabism, which some Malays have wholeheartedly embraced, to get fast-tracked to heaven. The emphasis is on ritual and punishment. Men are told to control their wives and daughters, so that the husband can be assured of a safe passage to heaven.

Just before Valentine’s Day a few years ago, the National Muslim Youth Association (Pembina) warned Muslim women against using emoticons in text messages. Why not warn the men, too?

Pembina probably took their cue from a Saudi-based preacher, Wajdi Akkari, who claimed that emojis are “haram” because symbols, like Satan, the Angel, and the hands-clasped-in-prayer, are “Christian”.

Banning Muslim women from using emoticons was not good enough for Pembina. It also warned women not to use perfume. Why are men not banned from using after-shave? Is it because they should grow beards? 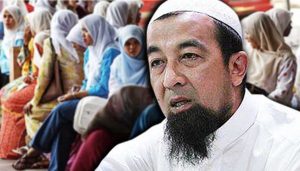 Are some men so gullible that they believe the myth that 72 virgins await them in heaven? What do the heaven-bound women receive? 72 studs?

Ustaz Azhat said on YouTube, that women in heaven would receive the latest modern kitchen appliances. He may have been joking, but his women followers nodded in silent agreement, instead of challenging him for mocking Islam, and insulting their intelligence. Sometimes, women are their own worst enemies.

Pyrex. Kenwood Chef. MasterChef. Who cares? When bigots claim that women will continue to have domestic chores in heaven, albeit aided by the latest gadgetry, are we supposed to be thrilled? Not really my idea of heaven.

If Malay women are like marionettes whose actions must be controlled by others, then Muslim men are like martinets, the strict disciplinarians who demand that others adhere to their rigid rules.