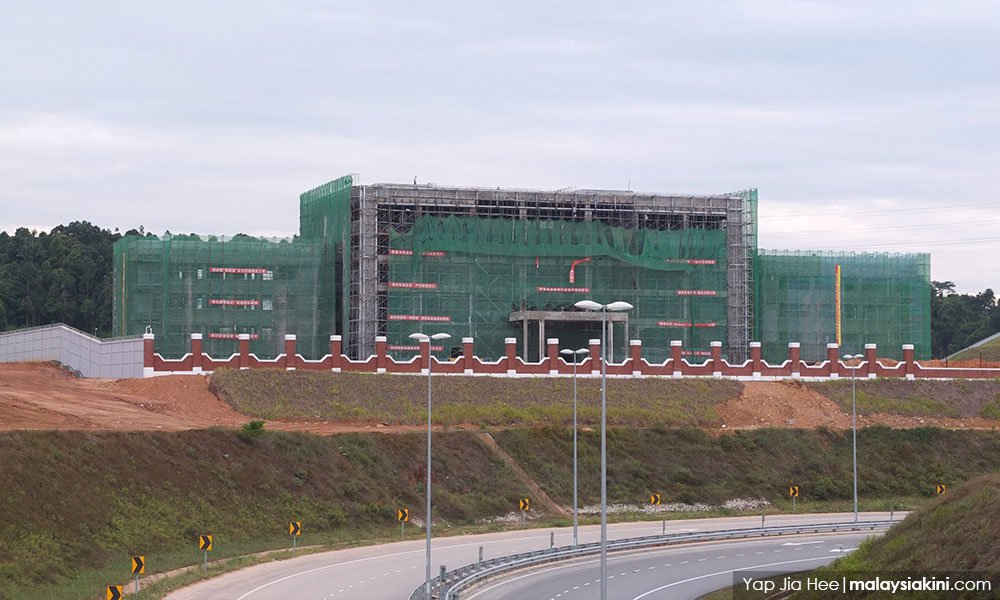 What is behind the walls of this complex? From the road, one notices a massive four-storey building being built. The entire project site is surrounded by an eight feet high wall, most of which is topped with steel spikes. Satellite images show that the protective wall is about nine kilometres in length. 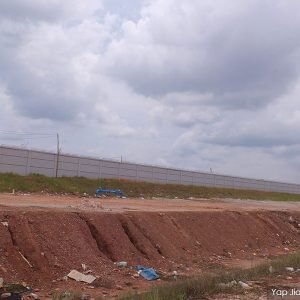 Read the special report by Malaysiakini, which details the mystery behind this Malaysia-China Kuantan Industrial Park (MCKIP) 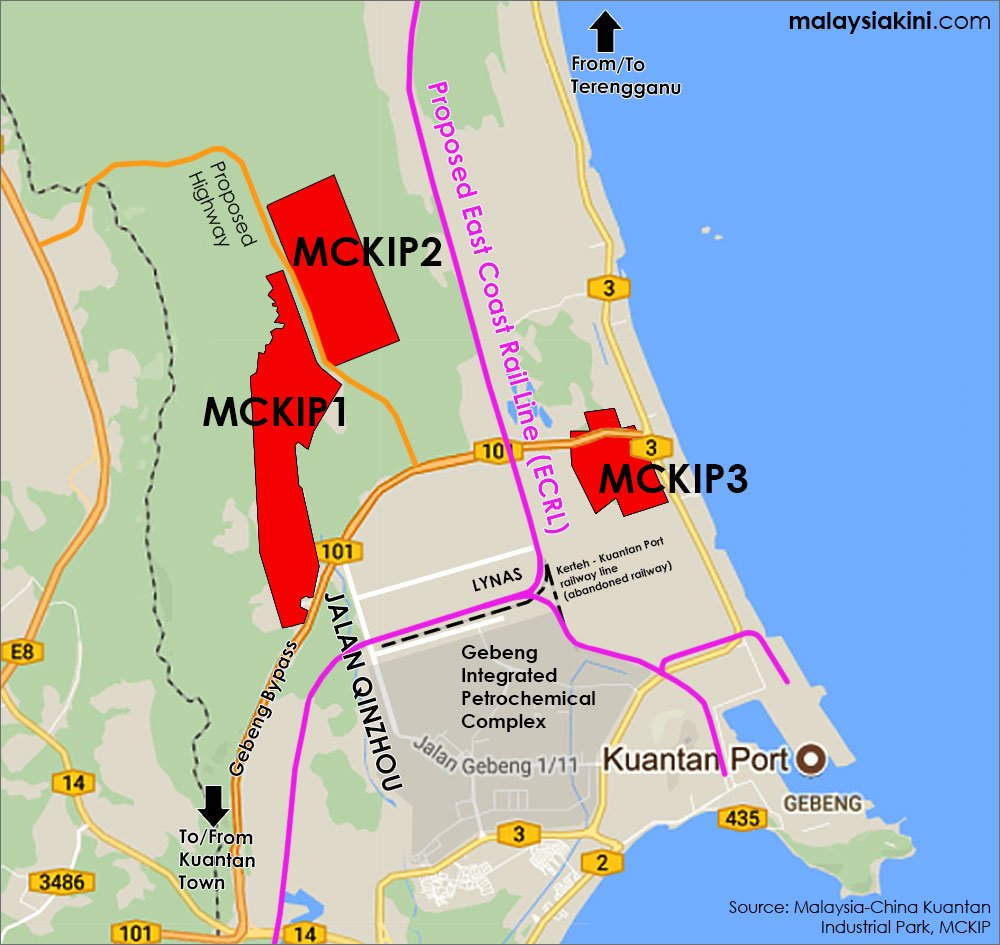 The complex is in Gebeng, a small town around 25 km north of Kuantan. You already know about Gebeng because this is where Lynas has its controversial plant.

In early 2013, 1,219 acres of land was cleared followed by major construction, near a section of the highway in Gebeng. The cleared land is accessible by a ramp from the Gebeng Bypass.

The main and only entrance is guarded by people in white uniforms from a local private security firm BUT the site is also patrolled by guards from China, who wear black uniforms. Are local firms not good enough?

What goes on behind here?

Only locals who are involved in the project are allowed in, but that is not to say that anyone and everyone should be allowed onto a construction site.

When Teruntum assemblyman, Sim Chon Siang, wrote to MCKIP to visit the site in the hope of ending speculation about the project, his request was rejected and he was instead met by MCKIP representatives, outside the complex. What are they trying to hide from him?

Sim has received numerous complaints and inquiries about the site and on his visit, albeit outside the walls, said that it was like a “closed city”. Other industrial parks in greater Kuantan, would have fencing and walls, around individual factories or company buildings.

At the grand opening, in February 2013, Najib Abdul Razak, told locals that the complex will provide jobs, but four years later, the promises remain unfulfilled, despite the near completion of this first phase of the project.

Sim said, “We were looking forward to the first phase of MCKIP at the beginning, but now the construction is almost done and we have yet to see any major changes in Kuantan.

“The most important is to increase local employment opportunities so that young people can stay in Kuantan.

“We hope MCKIP can grow the Kuantan economy instead of walling themselves inside – like a Federal Territory – and we know nothing about what is happening inside.”

Among the questions which need to be answered, is the number of foreign workers employed onsite. When contacted, the Pahang government wrote to tell Sim that during peak periods, around 6,000 construction workers are employed at a ratio of three foreign workers to two local workers.

Are the foreign workers from PRC or other nations?

Why are materials used for the construction only 50 percent local and not 100% local? (The other 50% is from China).

The locals who work on the complex must stay within the walled area and are only allowed out, for errands.

The PRC workers come from different regions in China are segregated into different living quarters to avoid disputes among them. A PRC worker, on condition of anonymity, said that there were more PRC workers than the 3,600 official figure provided by the Pahang government.  They are not allowed out, even when they are on leave.

What is Kuantan’s “Great Wall of China” trying to shield? 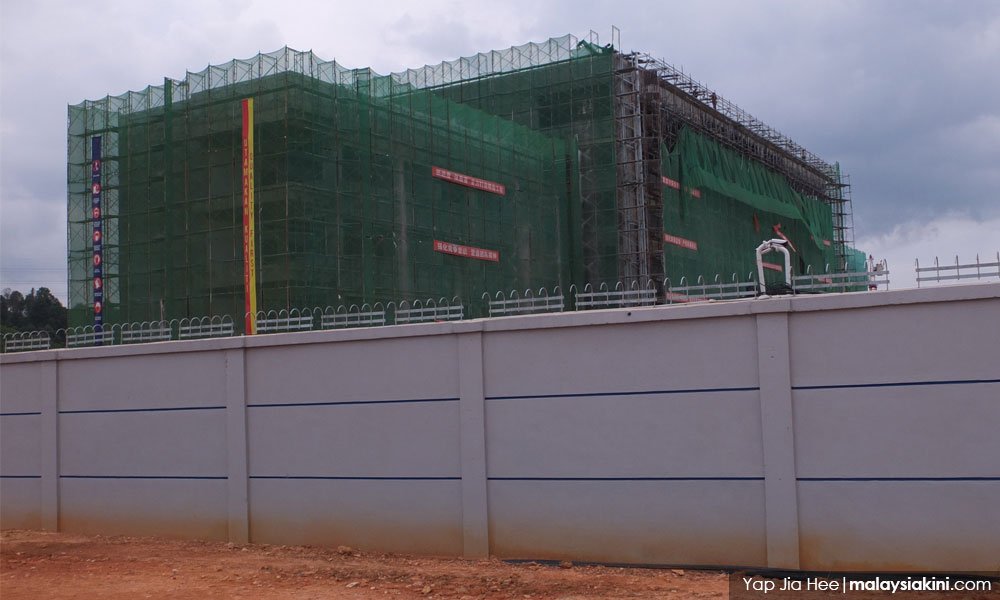