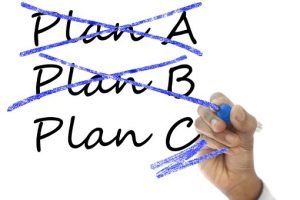 There are times in life, when you have to make tough decisions. Not every decision can be perfect, and you would be naïve to think that each comes with a cast iron guarantee. The most important thing is that you tried, your best.

Whilst the news of Mahathir’s resurgence has upset many Umno-Baru supporters and definitely, the PM, Najib Abdul Razak, many other Malaysians are also displeased with the “new” Mahathir Mohamad and Pakatan Harapan line-up.

They have threatened not to vote in GE-14, because they claim that voting they for Mahathir would be a jump from the frying-pan into the fire. 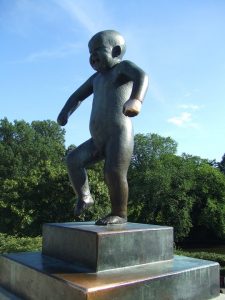 Their displeasure is manifold. They say that Mahathir’s policies sowed the seeds of disunity. They claim that Pakatan Harapan (PH) could win on their own, without Mahathir. They also dismiss the projection of Malay loyalty onto Mahathir, and claim that this may be overstated. They are also angry with the infighting in the Opposition which seems to be busy trading blows with one another, instead of bringing down a weak Umno-Baru.

Are the Malaysians who will not vote in GE-14 justified in staying at home, or are they being selfish and irresponsible?

Are they content to do nothing? Are they happy to live with high prices, corruption, incompetent civil servants and rising racial and religious intolerance for another five years?

One human rights activist, and political observer, disagrees with people who threaten to refrain from voting in GE-14, just because they are displeased with Mahathir. He said, “Idealism is a luxury we cannot afford, when the house is on fire.”

Like it or not, we are all Mahathir’s children (metaphorically). He was Malaysia’s longest serving prime minister, and ruled with an iron fist, for 22 years. He opted to resign in 2003, rather than overstay his welcome. His policies have affected all of us, in one way or another.

As a result of his Ketuanan policies, the potential of the non-Malays was not fully realised. The Malays were rewarded, irrespective of their worth. When Mahathir left office, he also left a divided nation. He may have resigned, but it was alleged that he kept a close eye on various issues, from a distance.

What do Mahathir’s detractors want?

So, what do Mahathir’s detractors want? There is little point in moaning and not offering a  solution. Spoiling their vote is akin to giving Umno-Baru/BN the vote. Not voting leaves the potential for a phantom voter to cast a vote for Umno-Baru/BN. Abstaining from voting is again, like giving Umno-Baru/BN another five years of power.

Malaysia is at a crossroads. The opportunity to overthrow 60 years of misrule will never present itself again, because if change does not happen after GE-14, the chances are that our descent will accelerate.

Mahathir has added to our momentum. We should capitalise on that. Many of us abhor his policies, but GE-14 is not about us. It is about getting Malaysia back on its feet.

Perhaps, the people who reject Mahathir can share their alternative plan for defeating Umno-Baru. What is their Plan B?

Malaysians needs to be reminded, that if they vote for change in GE-14, they can easily vote for another party, in GE-15, if PH underperforms.