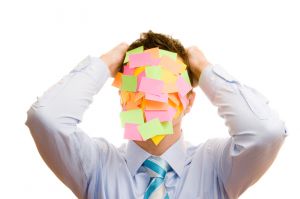 The Umno-Baru owned daily, Utusan Malaysia, ran a controversial headline called â€œApa Lagi Cina Mahuâ€ (What more do the Chinese want?) in October 2013, five months after GE-13. The Chinese community was blamed for â€œrejectingâ€ Umno-Baru, a political party that they are not allowed to join, and accused of wanting to remove Malay political power. Utusan also warned the Chinese to stop using racial politics.

Utusan quoted excerpts from the book, â€œThe Chinese Dilemmaâ€ written by an Ipoh businessman, who had highlighted the differences between the Chinese in Malaysia and his peers in Cambodia and Vietnam. Utusan claimed that the Malaysian Chinese were ungrateful, arrogant and insulting towards the Malays.

Utusan then praised the Malays for being a tolerant, courteous and patient race, and said that it felt sorry for the Malays who â€œdespite continually giving in to the Chinese, continued to be hurt and betrayed by them.â€ It claimed that Malays gave favours (to the Chinese), but were repaid with poison (â€œBudi yang dihulur, racun yang diberi.â€).

Despite the paperâ€™s inflammatory rhetoric, there was one speck of truth, when it said that the â€œMalays remained cluelessâ€.

Today, two years after GE-13, the 1MDB scandal drags on, the implementation of GST has affected every household in Malaysia, corruption scandals remain unresolved and uninvestigated, infighting in Umno-Baru and the break-up of the Opposition coalition affects national harmony, whilst racial and religious rhetoric continue to scare the rakyat. People are suffering, moneychangers in Thailand will not touch the Malaysian ringgit, investors prefer to open businesses in surrounding SEA nations, and as one political pundit said, â€œWill the Malays ever learn?â€

Despite the use of racial and religious rhetoric, Umno-Baru is still ruling the country.

Despite the outsourcing of violence to religious and Malay extremists and NGOs, â€œMalaysâ€ still retain political power.

Despite the NEP, the BTN, the warped National Service and the various affirmative action policies, Malays retain the upperhand in ruling the nation.

Despite the global slowdown in the economy, and the drop in oil prices, Najib Abdul Razakâ€™s budget, for his Prime ministerâ€™s department, does not reflect national or worldwide concerns.

Despite the various fiscal initiatives to help the Malays, increased numbers of Malays now form part of the brain-drain overseas.

Despite putting all their faith and trust in Umno-Baru, for 57 years, the Malays have found that the gap between the rich and the poor is wider than ever.

Despite the declaration, by a former PM, Mahathir Mohamad, that Malaysia is an Islamic state (which it is not) many Malays, including the mullahs, are ignorant about Islam.

Despite getting rid of one colonial power, the yoke of colonialism, caused by Umno-Baru clinging onto political power, is more oppressive than when we were under British rule.

Despite the wealth of the nation, Malays have not progressed much in terms of intellectual, social, economic and spiritual development, when compared with the non-Malays who have had little choice but to excel through competitiveness.

Despite the opportunities given to them on a silver plate, the Malays have become complacent and blame the non-Malays for their failures.

Despite knowing that Najib faces allegations of corruption and refuses to answer questions about his involvement in 1MDB, Malays would rather trust him than an Opposition leader who actively practises competency, accountability and transparency.

So, what more do the Malays want?