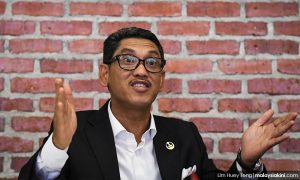 He should be surrounded by learned advisers; but it appears, that he has ensured that only “yes men” serve him.

He should have access to some of the best legal brains in Perak, but he probably thinks he knows best.

Last week, he ended up with egg on his face, when he pompously declared that there is no such thing as Orang Asli “tanah adat” (ancestral land).

He should do the honourable thing and issue an apology to the Orang Asli, and retract his statement. 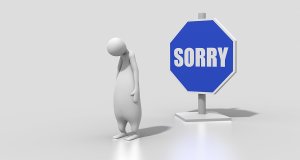 Ahmad Faizal showed his lack of knowledge of Malaysian culture.

He showed his ignorance of early Malayan history.

He showed his ignorance of the true and original bumiputera. 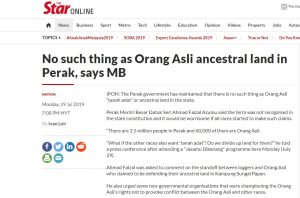 He acts like an Umno-Baru thug. He does not think before he speaks. He ordered the police to arrest the Orang Asli when they set up a blockade to stop loggers desecrating their ancestral land.

He displays the Ketuanan Melayu traits of Umno-Baru, but that is not surprising. He was an Umno-Baru Youth leader, before he joined Bersatu. 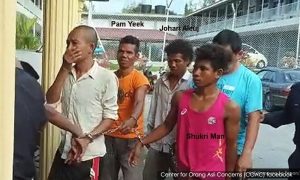 The OA should sue the Perak MB for unlawful arrest. The men who were merely protecting their ancestral land, were clapped in irons and taken to the Gerik police station.

The police should be severely admonished for their lack of knowledge of their law, their stupidity in arresting the OA and for their blind allegiance to Ahmad Faizal.

They treated the OA like common criminals. Why humiliate them? 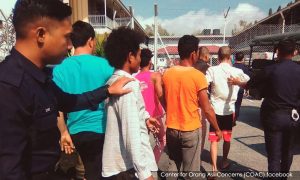 The MB’s arrogance and offensive remarks, has cost him and the Pakatan Harapan administration a lot of good will.

His negative remarks and his treatment of the OA, will cost Pakatan a lot of votes at GE-15.

The joint statement (below) from Waytha Moorthy about working together for an amicable resolution, will NOT be enough to save the MB.

Perak deserves better, and Ahmad Faizal Azumu must resign, or be sacked and replaced with a better Pakatan candidate. 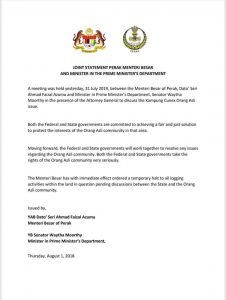