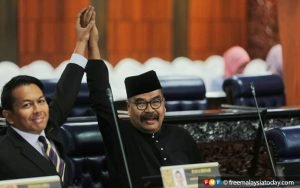 Malaysia’s first Orang Asli MP, Ramli Mohd Noor was sworn-in as a member of the Dewan Rakyat last March. The 61- year-old was a former senior policeman and served 34 years with the PDRM and was the Commercial Crime chief for negri Sembilan and Penang. His father was Semai from Cameron Highlands; while his mother was a Temiar from Gua Musang, Kelantan. Ramli was born at an Orang Asli settlement in Gombak, Selangor.

Where is YB Ramli’s voice, to censure the disgraceful Perak MB’s pitiful statement, that the OA had no right to ancestral lands? 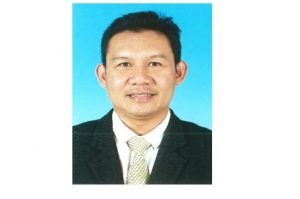 The last his face was splashed across the front pages of the newspapers was when the OA, Pakatan Harapan Senator, Bob Manolan Mohamad,  when he faced a backlash after he allegedly said in a dialogue session on 11 January, that the Tok Batin will lose their salaries and positions if they did not support the Harapan government.

Unless I missed it, we wonder when he will severely censure and admonish the MB Perak, Ahmad Faizal Azumu, for his offensive remarks that there is “no such thing as tanah adat OA.”

Well Bob? When are you going to demand an apology and a retraction from the MB? 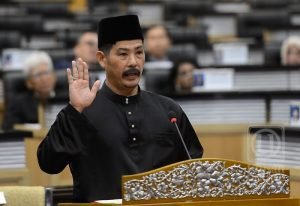 Orang Asli Senator Isa Abd Hamid, who is currently serving his second term in the Senate

The other OA, who has gone quiet, is Senator Isa Ab Hamid, who is currently serving his second term in the Senate, from 2019 to 2021.

When he was sworn in, in April 2019, he said that he was determined to continue the struggle for OA rights and bring the community into the mainstream, wrt education and land ownership. He looked forward to the proposed amendments to the OA Act 1954 (Act 134).

He said, “The act has not been amended… if there were amendments, they were only minor parts and there are sections of the act which are too general… maybe before that, the act only discussed the issues of OA welfare.

“But, now the OA community is experiencing great challenges and various threats such as social ills, political change, land intrusion and the education rights of OA at certain schools… so we want to amend to seek a clearer approach and direction (in the development of OA)”.

Will Senator Isa demand an apology and a retraction of the remarks , from the Perak MB? 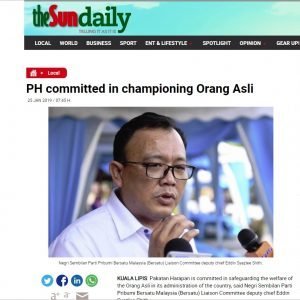 Remember the offer of help in your manifesto?

By the way, Harapan, must you be reminded about your pledge to help the OA? 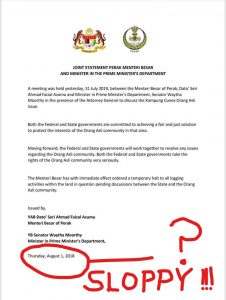 Minister Waytha Moorthy’s joint statement with the Perak MB, was incorrectly dated. Why did the MB’s office not proof read it? This is just another example of Ahmad Faizal Azumu’s sloppy work.

If he did not proof read the press release, or instruct his staff to check the spelling and grammer, then are we to conclude that his sloppy work ethic extends elsewhere, and he did not read in full and in detail the information about OA Tanah Adat (ancestral land).

If this was a legal document, one might be in trouble. Get your act together Ahmad Faizal, or just save yourself the trouble, and resign. There are more capable Pakatan Harapan candidates