What if former PM, Dr Mahathir Mohamad had described Najib Abdul Razak as Captain Jack Sparrow, the swashbuckling hero in “The  Pirates of the Caribbean” film series, instead of just referring to him as a Bugis pirate?

If he had, there would be no backlash against Mahathir and there would have been no demonstrations, either in Malaysia and Indonesia, to force Mahathir to apologise about his perceived Bugis pirate insult.

Both men have survived in a tough world without the use of force. Remember Jack’s famous quote, “Why fight when you can negotiate?” Whilst Jack uses his wit, guile and charm to get out of a tricky situation, Najib prefers to keep silent and use incentives like BR1M to get people to react favourably towards him.

Both men manipulate others for their own ends; Sparrow tries not to harm people, even his enemies, and Najib does something similar. He just leaves the onerous task of punishing others, to people like the IGP, to arrest people for making seditious remarks.

Jack values the freedom of the people, and so does Najib. Of late, both he and his trusted first mate, Hadi Awang, have told Malaysians, that Najib’s Umno-Baru and Hadi’s PAS, are the only ones who can “protect Muslims and defend Islam”. 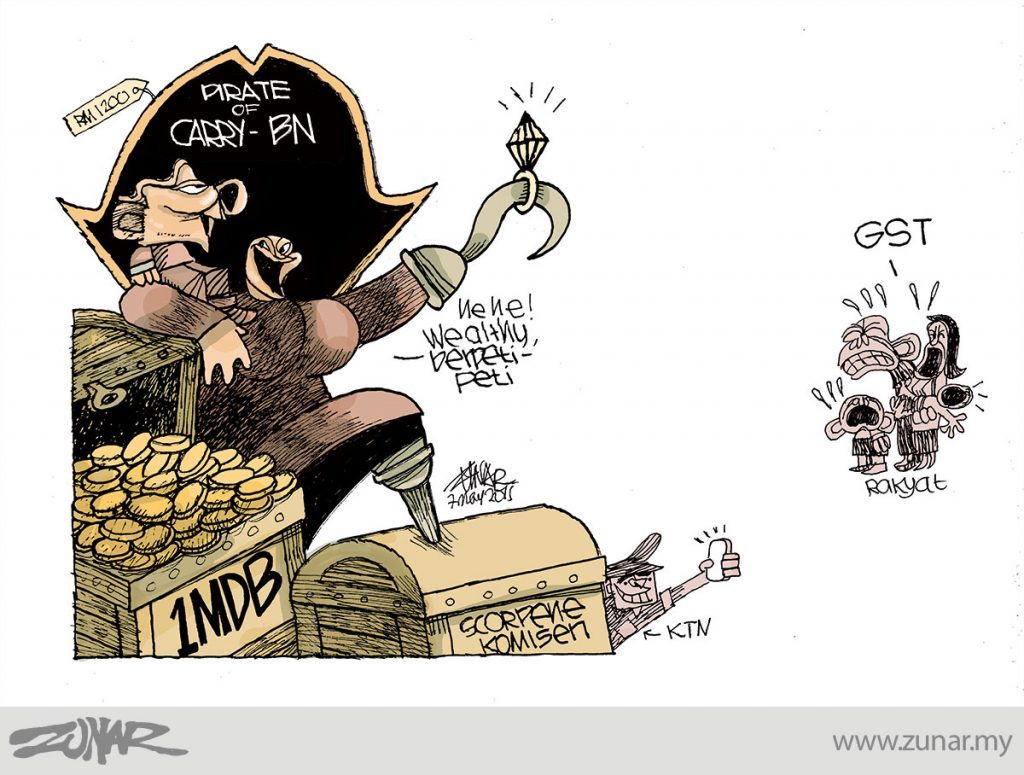 Jack has his “Black Pearl”, Najib is haunted by Deepak’s “Black Rose”

Jack is proud of his ship, the Black Pearl, which he commands, in his quest for treasure. Described as “nigh uncatchable” because it can overtake or flee all other ships, including the ships of the English navy, the Black Pearl was originally called the Wicked Wench. When this ship became an inferno and sank, dragging Jack to his watery death  the resourceful Jack struck a pact with Davy Jones, and traded his soul as long as he could exist as a human.

Najib’s Black Pearl is of course, the vessel called 1MDB, which came about after he struck a deal with Jho Low, to make more money from the rakyat’s hard-earned cash. Just like the Black Pearl, 1MDB has evaded all scrutiny by local investigators and thus far, avoided capture by foreign “interlopers” like the American Department of Justice.

What about the Balik Tongsan, Balik India taunts?

In two political speeches last October, Mahathir was alleged to have said that Najib’s ancestry could be traced to Bugis pirates and that “…somehow he lost his way, and came to Malaysia. Go home to Bugis (Sulawesi)!”

On 26 November, the Sabah Bugis Community Association (PKBS) Osman Jamal, told participants at the Maruah Bugis Sabah Red 26 Assembly, that Mahathir should apologise for insulting the entire Bugis community, and describing the Bugis as pirates.

Mahathir claimed that he had not insulted the entire Bugis community and said, “I only said something against Najib. Just read my speech.” 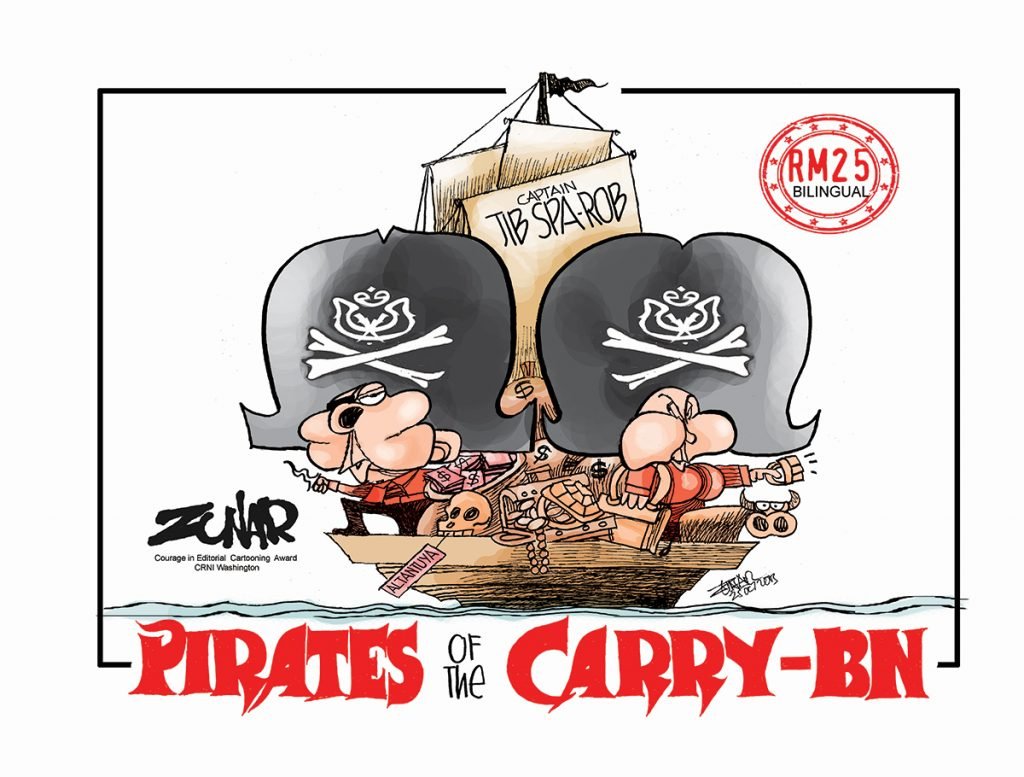 A dismissive Osman said that it was wrong for Mahathir to insult the Bugis and said, “We respect the statesman, we have never been anti-Tun M, he was a leader who had contributed to the nation’s growth, but it (the title) is not a licence for him to hurl insults.

“We do not want anyone to insult others on the grounds of race, especially the statesman, because this is a sensitive issue which could lead to racial tension and affect national harmony.”

So, where was Osman and the rest of the Bugis comunity, when Deputy PM Zahid Hamidi, insulted Mahathir’s lineage?

Osman and his Bugis associations are anxious that remarks which threaten national harmony, have the potential to destroy peaceful racial interaction. Where were they when extremist Malays warned the Chinese to “Balik tongsan  or the Indians, to “Balik India”? 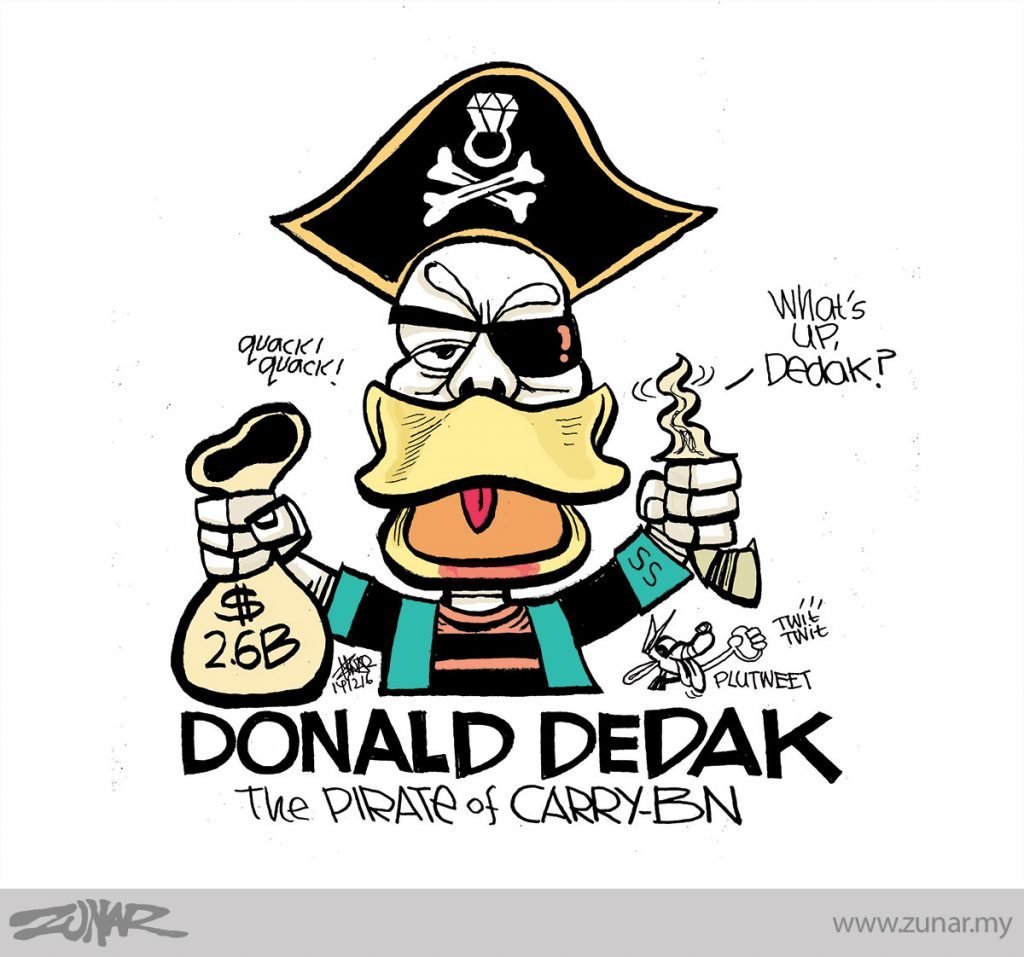