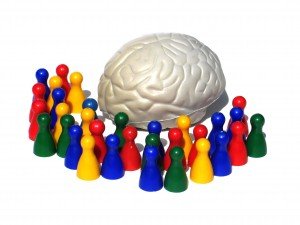 If each family were to have 12 children, as theÂ MB for Terengganu suggests, holidays would be an expensive nightmare.

Each household would need a mini-bus to transport the parents and their 12 children around. And a mansion to house them. (If he is traveeling with all four wives, he would need a single decker bus.)

Grandparents would have a monumental task, helping to baby-sit, when parents feel they need a break.

A mother would have no rest. Once she has sorted out her teenagers, with their hormonal angst, she will have to deal with the terrible tantrums of her toddlers, and at the same time, have to breastfeed her youngest babies.

She will be exhausted, having been woken-up by hungry babies.

Child care is expensive. The agency fees for procuring a maid, are around RM10,000, per person. There are additional costs for transportation, medical and other necessities, which the government has mandated.

Will hubby help the Malay woman?

Very few Malaysian men, especially Malay men, will bother to help their wives, to deal with a soiled nappy or a hungry baby.

Women who are constantly pregnant, may find that their husbands find solace and comfort, in another woman’s arms.

How will authorities deal with the extra-marital affairs of men, who cannot be intimate with their wives, who are pregnant or in confinement?

The GST of maintaining a family of 12 children

We complain about GST for normal everyday items, for an average family. Just think about the GST for a family with 12 children.

What will happen, when the children grow up and find that there are no jobs, in Terengganu? Won’t they gravitate to places like Kuala Lumpur and other major cities, looking for employment?

The clueless man who suggested that women should have at least 12 children, should ensure that the state has a health care system which can support the additional people.

What about nurseries and good schools to accommodate the expected population explosion?

The Malay woman with common sense, will not want 12 children, as it puts a strain on the family finances.

What about the man who decides that he will have 12 children with each of his four wives? Can he support 53 mouths, or will he simply divorce his wives, and be absolved of all responsibility, because syariah laws are weak and do not enforce the payment of alimony?

This scheme is completely unworkable. If a man marries an 18-year-old, she would probably be unable to produce 12 babies when she is 27-years-old,because in reality, she would have been divorced long before then.

Few men would want to marry a widow or divorcee, with 12 children in tow.

The man who had this idea of large families, should put himself in the shoes of a nursing mother, before making public his desireÂ that mothers produceÂ 12 babiesÂ to increase the population of the state.

Terengganu women are not baby-making factories.

It is quality, not quantity, that counts. Does Terengganu really need an army of Mat Rempits?