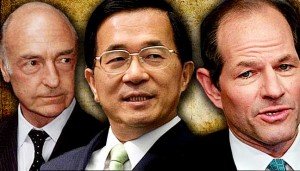 Have you wondered why the government wants to punish whistleblowers?

Politicians may claim to be serving their countries, but many are involved in secret, shady deals.

The few deals, that are exposed, represent only the tip of the iceberg.

The rakyat has no proper channels for exposing scandals, murders, miscarriages of justice and large-scale corruption.

Our laws are designed to protect those at the top of our government administration.

The big fish escape and the small fry are prosecuted.

Whistleblowers are punished, to serve as an example to others, and sedition laws silence people who are critical of bad governance.

Minister in the Prime Ministerâ€™s Department, Azalina Othman Said, agreed with the proposal by the attorney-General to amend the Official Secrets Act (OSA). She wants those who expose information, to be severely punished.

The scandalsÂ  below tell us why some government information were exposed. They are about abuse of power, corruption and threat to the nation’s national security:

Watergate: This is the mother of all American political scandals. President Richard Nixon was desperate to be re-elected.

He ordered his men to tap phones and photograph documents. Initially, he denied his involvement in the Watergate affair, but tapes of his private conversations with top government officials sealed his fate.

Washington Post reporters Bob Woodward and Carl Bernstein were fed most of the critical information by an undisclosed source, whom they referred to as Deep Throat.

The Profumo Affair of 1963: The British Secretary of State for War, John Profumo, had an affair with Christine Keeler, a model who was also the mistress of the Soviet naval attachÃ©.

Profumo lied about the affair and was forced to resign. The government feared breaches of security because Keeler may have leaked potential secrets about British defences to the Soviet spy. She was alleged to have gained information, during her pillow talk with Profumo.

The corruption of Chen Shui-bian: Chen was Taiwanâ€™s president from 2000 to 2008. He was a popular president and had great ambitions for Taiwan, but he could not control his own and his familyâ€™s greed.

The first lady, Wu Shu-chen, was accused of corruption and wiring millions of dollars to various banks abroad.

Chenâ€™s son-in-law was accused of money laundering and insider trading.

Chen was arrested in 2009, six months after he left office. He was sentenced to life imprisonment (reduced later to 20 years) for bribery, money laundering and misuse of public funds.

The Spitzer affair: For eight years, Elliot Spitzer was the Attorney-General of New York before he was elected its Governor. Federal officers uncovered a prostitution ring while investigating suspicious money transfers from Spitzerâ€™s bank. They found that he had paid $80,000 for prostitutes when he was in office. He resigned.

The rakyat should not blindly trust their leaders, but treat everything they say, or do, with great cynicism.