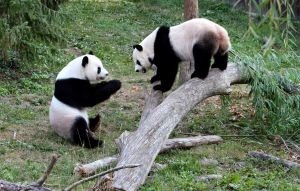 If not for the efforts of whistleblowers, we would not have found out about the new government jet, the doomed 1Malaysia Development Berhad (1MDB) project, the self-styled First Lady of Malaysia (Flom) Rosmah Mansorâ€™s profligate spending; but the cruellest insult, to the Muslims is the Tabung Haji involvement in 1MDB.

Muslims throughout Malaysia, have scrimped and saved for the day when they can fulfil one of the five pillars of Islam, which is to perform the haj (pilgrimage). Umno Baru under Najib Abdul Razakâ€™s leadership has sold the Muslims short.

How does Najib measure-up as a politician? More often than not, he trades on his fatherâ€™s name, Abdul Razak Hussein. It is alleged that during some by-elections, posters of his father were put up, to remind us of his political pedigree. Najib is not selling himself, he is using propaganda to sell memories of his father. He is merely reminding people that he is his fatherâ€™s son.

This is the sign of an insecure person, who lacks confidence in his own abilities. Sadly, he does not measure up to his father.

Najib will probably be remembered for dismantling the legacy of his fatherâ€™s generation, like the Felda scheme. Najib is a career politician who lost his direction as soon as he took control of the billions of ringgits, which decent, honest, hardworking Malaysians have contributed towards nation building.

During his fatherâ€™s time, it would be true to say that many Malays grew up with aspiration, because in those days, you knew that if you worked hard you could provide a better future for yourself and your children. Najibâ€™s folly means that our grandchildren will be saddled with the nationâ€™s debts.

Under Najib, most Malays learn that the only way to untold riches is to become a politician. Today, as the country teeters on the verge of bankruptcy, more Malays have seen Najib in the stark light of reality. It hurts to be told to curb their spending, whilst Najib continues his lavish lifestyle.

Umno Baru and a succession of leaders have siphoned off billions of ringgits for their own use. They warned us not to discuss â€˜sensitive issuesâ€™. They silenced us with the Internal Security Act (ISA), threatened us with lawsuits and sent thugs to threaten us.

Now that Najibâ€™s profligacy has been exposed, where is the no-confidence vote against Najib? Why is it so difficult to unseat Najib? Every minute he spends as PM is detrimental to Malaysia.

Today, Malay loyalty is not measured by principles and integrity, but by the offer of financial rewards and position. Many ordinary Malays are ashamed of their leaders, but they are hampered by their psychological hang-ups and the serf mentality which cripples them and makes them helpless.

The darling of the western world

Four years ago, Najib was the darling of the western world. When Najib announced that he would scrap the ISA, the foreign press was in awe of him, and Najib was heady with their accolades. Today, one wonders what they might say.

In 2011, The Economistâ€™s international affairs section, described Najib as â€˜Najib The Boldâ€™ and â€˜The Man with the Planâ€™. It said, â€œIf all these laws are indeed repealed and changes implemented, then the political landscape in Malaysia may look very different, in a few years’ time, and Mr Najib will be able to claim a lot of credit for that.â€

Today, Najib will remembered as the man who flushed Malaysia down the pan.

British magazine The New Statesman declared that Najib deserved applause for his bravery and said, â€œIt unequivocally marks an expansion of freedom in Malaysia, which any future government will find very hard to restrict again.â€

Today, Malaysians will say, â€œWhat bravery? In times of crisis, Najib slopes-off abroad or keeps silent. With the Pre3vention of Terrorism Act (Pota) and the smendments to the Sedition Act, what freedom?â€

The Sydney Morning Herald (SMH), praised Najib for developing Malaysia, in an article called â€˜Malaysia Finds Its Own Solutionsâ€™. Today, the SMH would be hard pressed to find anything good to write about Najib because he is the mother-of-all-problems.

Abu Dhabiâ€™s The National described Najibâ€™s announcement of the repeal of the ISA as dramatic, and it demonstrated his commitment towards a modern progressive democracy. Today, the National should interview all the people caught in the sedition clampdown.

In 2011, Najib warned Malaysians that if the opposition coalition were to rule, they would change everything, including the national flag and its history.

That is not true because Najibâ€™s Education Ministry, with the help of some historians, have already altered Malaysiaâ€™s history. This career politician does not care a hoot for the people or the nation.