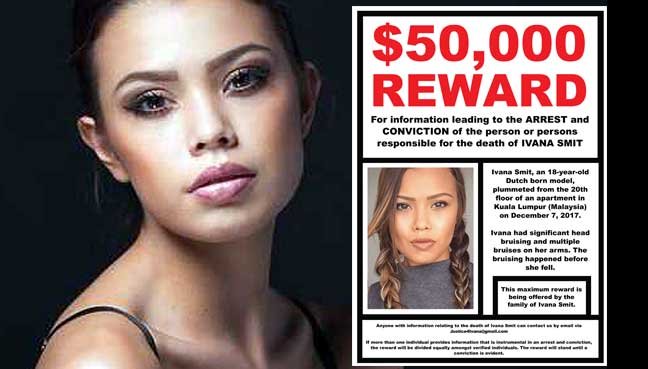 The family of Dutch model Ivana Smit, who died under allegedly suspicious circumstances last December, is offering a US$50,000 (RM198,725) reward to anyone who can provide information leading to the arrest and conviction of those responsible for her death.

The Dutch media has been circulating the poster of the reward offer. 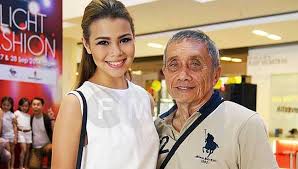 Who is Ivana Smit? Who killed her?

Life was good for Ivana. She was musical, had a black belt in tae-kwon-do, was multi-lingual, but the love of her life was the pursuit of a career in modelling.

She had booked a flight to Paris, on 21 December, for the “Top Model Belgium 2018” contest, in which she was shortlisted as a contestant.

On 7 December, Hendrick was told that her nude body had been found on the sixth floor balcony of a block of apartments, The CapSquare Residences, in Kuala Lumpur. It was believed that she had fallen from the 20th floor, where she had spent the night with an American man and his wife.

The case was classified as sudden death. The police have declared that there was no foul play, but many questions remain unanswered. 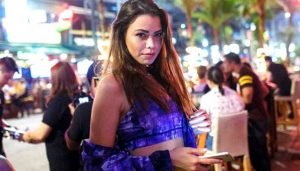 What happened to her clothes and shoes?

At the Kuala Lumpur Hospital morgue, a week after her death, Smit demanded to know what happened to his granddaughter’s clothes and shoes. She did not walk into the apartment block naked and wanted to know if the whereabouts of her clothes and shoes had been traced.

He claimed that he and his son, had been unable to see the post-mortem results and said, “We were not allowed to see photos, or any report. We could not see anything. There are a lot of unanswered questions.

“So, after nearly a week of waiting, we have asked the Dutch embassy to help.”

A Dutch newspaper claimed that the Dutch embassy sought the help of Interpol, to investigate the case. What other clues have the PDRM uncovered in their investigations?

These are the details which emerged of the hours before Ivana died: At 05:22 hours, on the morning of her death, CCTV footage showed Ivana being carried into the lift by the American man, Alexander Amado Johnson, whose apartment, she fell from.

At 07:30 hrs, Ivana sent a selfie, to a friend, of herself with Johnsons’s wife, Luna, who is believed to be a Kazakh model in her 30s.

The police claim that Ivana plunged to her death  two hours after the selfie was taken, and that she lay undiscovered for five hours.

To date, the police have not found her underwear or her shoes. 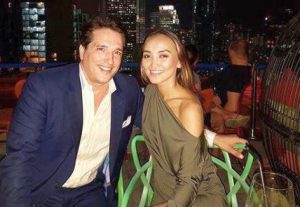 The American and his Kazakh wife

The American couple she was staying with

One of the neighbours of the American couple, had heard people shouting, as if there was a fight, in the early hours of the morning. Several hours later, Ivana’s body was found sprawled several stories below.

Who was arguing? Why were they arguing?

Neighbours also allege that young models were often invited to the couple’s home for drug binges and sex games.

The American and his wife, claimed that they knew nothing about Ivana plunging to her death. Luna claimed she had taken their four-year-old daughter to school that morning, whilst Johnson claimed to have been asleep, from the time Ivana had fallen to her death, until the time she was found. 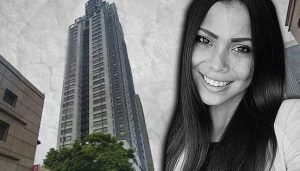 The findings of the English investigative journalist

The Smits hired an English investigative journalist and former police officer, Mark Williams-Thomas, to investigate Ivana’s death and his findings show that her death should be treated as a homicide.

Dutch newspaper De Telegraaf reported that the lawyer, who represents the American couple, told a private investigator hired by the family that he had looked through her phone.

Why did the lawyer have access to this crucial piece of evidence? He could have erased a lot of vital information to make his clients (the American couple) look innocent. 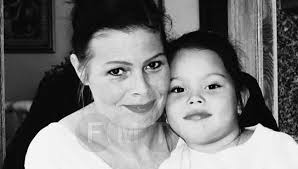 Ivana and her mother

The second post-mortem in Holland

Ivana’s body was repatriated to The Netherlands and Dutch pathologist, Dr Frank van der Goot, who conducted a second post-mortem had found bruises on her arms that might have been inflicted before her fall. He said that a struggle had probably taken place before Ivana plunged to her death.

Her family lawyer claimed that the Malaysian police have not provided the exact findings of the investigations  to the Dutch authorities.

What is going on? Who is this American couple? How and why did their lawyer get hold of Ivana’s mobile phone?

So, how did Ivana Esther Smit die and why?

If you have any information, please help. Details on the poster. 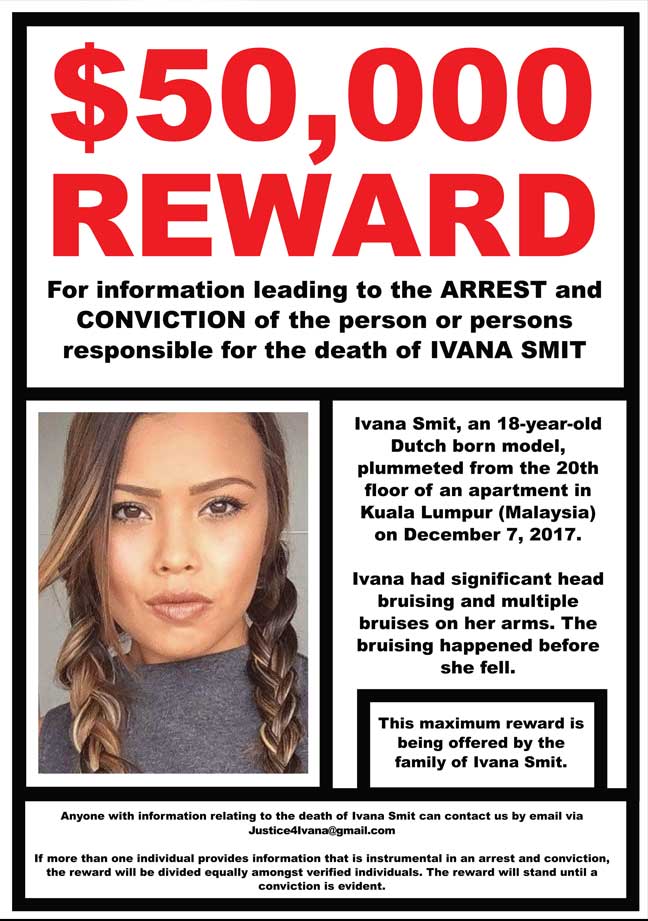