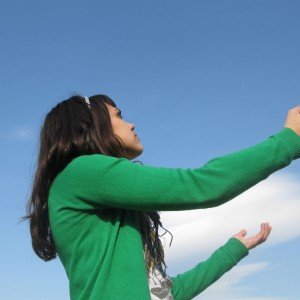 Look for the evidence and the facts will speak for themselves. Who is desperate to manipulate the facts? Who wants to hide the truth? Who is the real villain in MH17?

The MH17 crash site was compromised and evidence tampered with or removed even before any investigations. The blame game involves three parties, Ukraine, pro-Russian separatists in eastern Ukraine and Russians. All have denied responsibility.

The ruthless Russian President Vladimir Putin, returned from Brazil the same day MH17 was shot down. He had attended a BRIC summit in Brazil. (BRIC is the acronym for Brazil, Russia, India and China, the new emergent economic powerhouses) Putin brokered the formation of a BRIC bank, to reduce the power of the rich wealthy nations and institutions like the World Bank.

Again, Putin would gain nothing from waging a full-scale war.

Perkasa and Isma have one thing in common with the CIA. They spread disinformation to cause confusion and to divert attention from real issues. (CIA is well funded, and so is Perkasa, though not on the same scale. Both do the dirty jobs of the government of the day.)

This is similar to the tactic of Perkasa and Isma. They want to scare the rakyat with claims that both the DAP and Chinese will start nother May 13. Racial conflict will plunge Malaysia into economic and social chaos. The Chinese, who are mostly in business, would not be so stupid as to harm their livelihoods. The Chinese gain nothing from creating another 13 May.

So, which country is desperate for the EU to impose tougher sanctions on Russia?

Many Malaysians think America is â€œgoodâ€. They blame Putin for training the pro-Russian separatists in Ukraine but they forget Americaâ€™s involvement in Iran, Panama, the Philippines and elsewhere. America funded Osama bin Laden and the mujahidin fighters against the Soviet invasion of Afghanistan. Osama formed al-Qaeda, then attacked America.

Soon after the tragedy of MH-17, allegations of Kievâ€™s involvement started to emerge. A Spanish air-traffic controller claimed that three minutes before MH17 was shot, two Ukraine fighter jets escorted MH17 towards a new route directly above the conflict area. When communication with MH17 was lost, the radar records were allegedly confiscated and foreign air traffic controllers working for Ukraine were relieved of their duties

It was also alleged that the rebel leader, who warned planes to steer clear of eastern Ukraine airspace, had issued the threat days before MH17 was attacked. So, why did Kiev not warn airlines of his threat?

The North Atlantic Treaty Organisation (Nato), with its sophisticated surveillance and monitoring, must know something. Why the silence?

The Russians are ruthless, but both Americans and Ukrainians are not innocent. In 1988, the Americans shot down a passenger airline, which flew from Iran to Dubai.

In 2014, Kiev is trying to blame the rebels for shooting down MH-17 with BUK missiles.

Few people know that in 2001, Kiev accidentally shot down a Russian passenger jet travelling from Israel to Siberia. Kiev denied shooting down the passenger plane, but after much pressure admitted their involvement.

Look for the evidence. Let the facts tell the story. Don’t believe the first thing you are told.