Yin wonders why the ulamas do not try harder to unite us instead of carping on our differences. 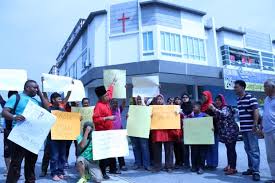 Yin: That would seem to be the case isn’t it?

How else do you explain the discriminatory  measures our authorities impose on Christianity. I say Christianity because they seem to cop it more than the other religions.

Christianity is stamped on in this country! From the call to remove imagined crosses on roof lines, to real crosses in mission schools. From being denied the use of “Allah” even though it has been used by Arabic speaking tribes in the desert long before Islam existed. Malaysia must be the only country where infidels are forbidden to use a word (in our case lots of words and phrases) because someone decreed that it is only for Muslims.We are the laughing stock of other Muslim countries.

Tajuddin Rasdi in his posting (FMT 28th May) talked about the time Muslims were protected by Christians. He also mentioned that it is stated in the Quran that Muslims are allowed to marry ”the people of the book”  without them converting to Islam – Indonesia allows that.

Ulamas and their role in dividing us

Why don’t the ulamas talk about such things, instead of things that divide us.

At the Chief Imam’s 100 Birthday speech the Vice President of Ghana Dr Mahamudu Bawunia, a Sunni Muslim spoke of the commonalities between Christianity and Islam. He spoke of the cordial relationships between the two faiths.

Why do the ulamas not tell the Malays about such things; instead they talk about the need to defend Islam. Who is attacking Islam?

Ghana is a beacon of light in religious tolerance. What are we?

So what is going on here?

The ulamas are not interested in seeking the truth. They have cornered the market on ‘truth’ and no Muslim can disagree with them or else . . .

How else they refuse dialogue even with their fellow Muslims who take a different view from them – much less the infidels.

“Let a hundred flowers blossom and a hundred schools of thought contend . . .”  But it would seem some of us only want one bloom, one colour.

Mandaling and Batak are the same language – the intonation is different. Coincidentally Mandalings are mostly Muslims while Bataks are Christians  but they are related.  It’s like having a Muslim and a Christian in the same family.

Just as Judaism/Christianity/Islam are all ‘people of the book’. They share the same God except that they worship differently. 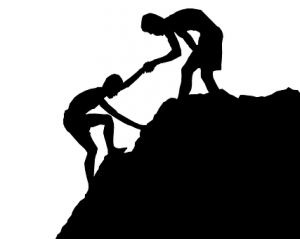 So why do the Muslims in Malaysia treat the Christians like enemies? Are we not brothers?

Power and Greed that’s why! I see no other reason. They are saving themselves not saving the souls of the Malays.

There is so much the ulamas can do to promote peace and harmony between the races and the different religions – talk about their commonalities, bring down barriers which keep the races apart. Why not teach acceptance and coexistence, instead of division.

A theory I have why the ulamas are afraid of Christianity (and less of the other religions) is that both the faiths have common ground. It is easier for a Muslim to accept Christianity than the other religions. How many Muslims have embraced Buddhism or Hinduism? Many have converted to Christianity.  CBN News in 2010 did an investigative  piece on Muslims in Malaysia converting to Christianity and the problems they faced – put in a center to ‘purify’ their thoughts among other things.

To my Malay friends,  what happened to Surah Al-Baqarah 2:256?Our constitution guarantees freedom of worship does it not?Looks like we all have it to a degree except our Malay brothers.

Men of religion should stick to religion; prepare your followers for the afterworld. Do good deeds, promote peace and harmony, bring Malaysians together.

Convince ‘unbelievers’ with your persuasions and arguments. Do not employ force or bribery to keep converts or win new ones.

They say that when prejudice and religion enter the room  reason flies out of the window. Is this what is happening in Malaysia?

The racists and religionists are unable to carry out a reasoned discussion on discrimination – racial or religious.

Let us nail this curse of Race and Religion that has plagued our country for 61 years (and is getting worse) so that we can have a real “Malaysia Baru” .

To All My Muslim Friends

Note: An error in the date of the documentary has since been corrected.