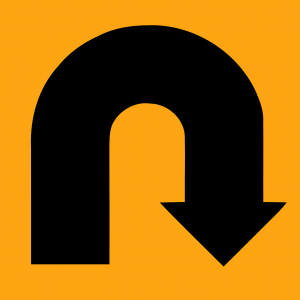 On 8 August, during a visit to Japan, Prime minister, Dr Mahathir Mohamad, said that his government would not shut down Lynas Corp, because the company had already invested RM1 billion in Malaysia.

He has made another U-turn. This time, on Lynas Corp.  After ICERD and the Rome Statute, will U-turns be a recurring trend?

Is he saying that he was prepared to sacrifice the health and well-being of the population of Kuantan in the pursuit of profit? Is it a choice between health and wealth? Try telling that to the residents of Bukit Merah, Perak.

Mahathir dismissed the allegations made by many people including politicians, individuals, scientists and activists, that the radioactive waste, which is a by-product of Lynas’ operations, was harmful to humans and the environment.

Wealth before health? Profits before people?

Did Dr Mahathir ever stop to consider why the Australians allowed such a lucrative venture to be located overseas?

The answer lies in the stringent environmental laws, about disposal and treatment of radioactive waste, imposed by the Australian government. At least they have the sense to think about both the population and the environment.

Enforcement is another issue. In Malaysia, laws are not strictly adhered to and enforcement of these laws, is patchy at most. Some people claim that any mistakes and failures, can be covered up with “tea-money”.

Has Mahathir considered why Lynas was prepared to ship, at great cost, the raw mineral from its mines in Western Australia, to be processed in Malaysia?

Simple! The answer is because the disposal and treatment costs in Australia are prohibitive. Malaysia has a tidak-apa attitude. We appear to have become the dumping ground for the word’s plastic waste. Now, we appear to collect radioactive waste.

We may not see the effects of radioactivity immediately, but Mahathir only has to remind himself of another of his spectacular failures, the Mitsubishi  Asian Rare Earth (ARE) plant which was built on the outskirts of Ipoh, at Bukit Merah, in the 1980s. 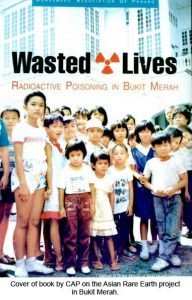 Four decades later, the people of Bukit Merah and the surrounding environment are still scarred. Within five years of the start of its operation, there was a relatively high record of birth defects and leukaemia cases in a community of 11,000. Some leukaemia victims have since died.

If the Lynas waste is not dangerous, why does the Australian government refuse to allow its return to Australia?

Mahathir claimed that Lynas produced “very low level” radioactive waste, which was not hazardous to health, and he believed that there was a way to further reduce the level of radioactivity.

Perhaps he should demand that the experts confirm this, and show us the results, because at this stage, it is mere talk. Without facts, no-one should be convinced by Mahathir’s mere belief.

Mahathir claimed that other investors would be appalled if the government were to break its promises to foreign investors. He said, “We invite them (to invest) and then we kick them out. Others will say the country made a promise but, when there is a problem, we kick them out…we cannot do that.”

There is a difference. The Lynas project was saddled with problems since day one. Mahathir should also question Lynas’ 12-year tax exemption. The problems with Lynas did not suddenly crop up. Najib simply bulldozed the plans, ignored the many concerns, and now, the rakyat is stuck with the problem. To compound the matter, Lynas took legal action against anyone who voiced their objections.

Perhaps, the people who originally signed the deal should be investigated and the documents studied in detail. If any irregularity were to be found, Lynas’ operation would be illegal and its contract would not be legally binding.

Ethical foreign investors will be full of praise, if our government acts with integrity and does not put profits before the lives of its people. Unscrupulous investors will know that they can ride roughshod over a government that is more interested in money, than the well-being of its citizens. Look at Bhopal, in India.

Mahathir said that if Lynas were to be shut down, 600 workers would lose their jobs. Would he be happy if the health of the workers and their families were put at risk?

Perhaps, Mahathir needs a reminder about Bukit Merah. Those who protested about the radioactive waste were locked away under the Internal Security Act (ISA). ARE was one of Asia’s largest radioactive waste disasters. The clean-up operation, by Mitsubishi Chemicals (MC), cost around RM303 million. They reached an out-of-court settlement and donated RM500,000 to the community’s schools; however, MC refused to admit responsibility for the illnesses.

We realise that Mahathir has cordial relations with Japan, which needs an abundant supply of rare earth for its high technology companies.  Historical enmity means that China will not readily sell their rare earth to Japan, so Malaysia fills the void, to ensure the supply of rare earths to Japan.

Malaysians are haunted by Bukit Merah and do not want Lynas to repeat that horror. Mahathir should understand this.