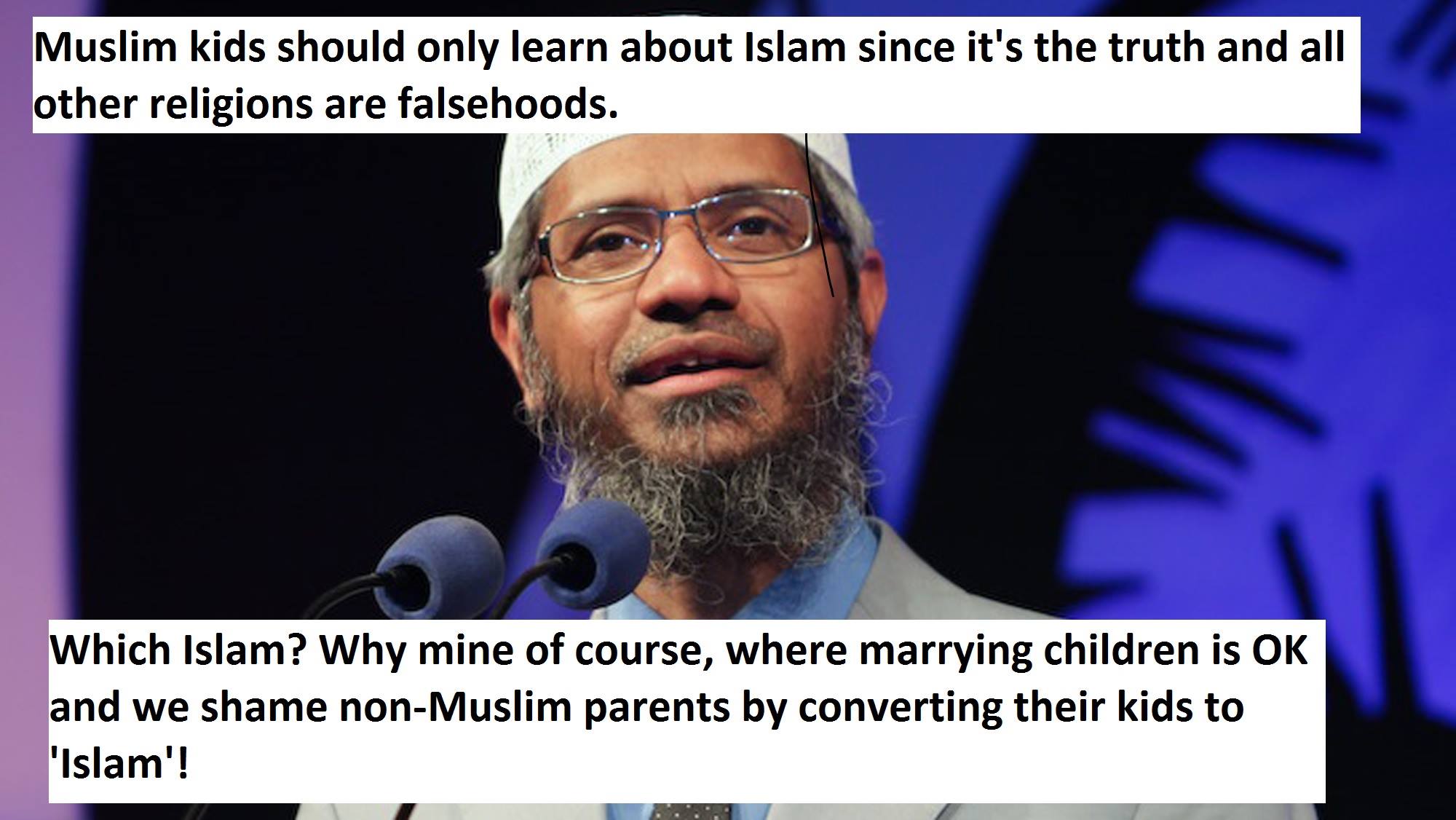 I myself try to give a balanced view about Zakir Naik. While I detest his pretence of representing Islam, I cannot say that he directly promoted terrorism. His statement ‘all Muslims must be terrorists’ was a poor choice of words, for sure. But it was not meant to say that Muslims should attack innocent civilians. We may not like Zakir’s rhetoric but it should not deter us from being as objective as we can.

So what can we indict Zakir for? For a start, his fundamentalism. Zakir speaks as if there is only one Islam and that that Islam is his own! What he is not telling you is that he associates with the Wahabi sect and their ultra puritanical brand of Islam. Judging from their rhetoric, I am fairly sure that many of the ISMA’s clergymen are, at the very least, influenced by that sect themselves if not full blown members already. Zakir’s Wahabi style fundamentalism may have influenced two of the five Dhaka attack terrorists last year.

Wahabism is basically the enshrinement of Arab culture as Islam. Take the beard for example. While Malaysia’s own form of Islam does not pay much attention to the beard, the Wahabis are fanatical about it. It is the same with marrying underaged girls. Ancient Arabs prior to Islam did it and when the Arabian peninsula converted to Islam, they wanted to keep it up. Hence, they accused Prophet Muhammad of doing so and legitimized it through hadiths. Zakir Naik, unsurprisingly, supports this as ‘Islamic’.

Zakir also does not want Muslim children to learn about other religions. We already have the truth, he said, so why bother to learn about falsehoods? This cultish take on Islam conveniently ignores other forms of Islam, something the Wahabis are very well known for, calling other forms as ‘innovations’.

But that is a matter of religion. What Zakir is accused of now is a matter of law. The NIA – National Investigative Agency of India (like the FBI lah!) has summoned him for a charge of inciting communal hatred and inspiring terrorism.

What is the Muslim thing to do here? To run and hide like a coward? Or to face up to the law and believe that truth shall prevail? He is also said to have vast assets. As a Muslim, should he not disclose how he attained those assets?

What about ISMA? Have they no respect for the laws of another country? Obviously not. They are just interested to get Naik in Malaysia so he can brainwash more of our unthinking Muslims with his brand of poison. To them, ‘Islamisation’ refers to an increase of communal divisions, the very thing Naik is accused of in India. We should not be surprised since their president, Abdullah Zaik, has been found guilty of sedition for making racist comments! Birds of a feather….

Deport Zakir Naik, he is wanted by his own government and we definitely do not need him in Malaysia.

The views expressed here are those of the guest contributor.