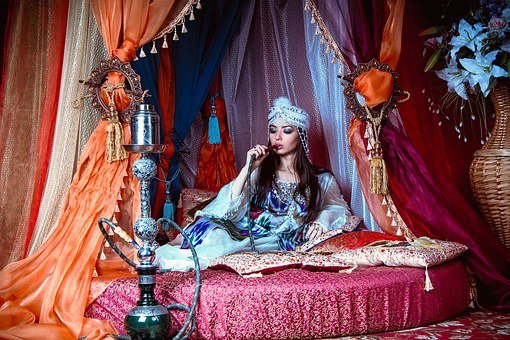 Kelantan is supposedly known as the “Corridor of Makkah”. Its state leaders are all ulama, and yet, Kelantan has the highest cases of incest, highest cases of HIV infections, and has the most number of people viewing internet pornography.

Its males frequently nip across the Thai-Malaysia border to have their bit of fun in the red light districts, then return home to their marital beds, and infect their wives with STDs (Sexually Transmitted Diseases) and HIV.

A few years ago, the world was shocked by the gang rape of two teenagers by 38 men, including a father, his son and his nephew.

That is why the warning by the PAS central committee member, Riduan Mohd Nor, is meaningless.

Riduan said,  that the “Better Beer Festival 2017” for next month will involve “vice activities”, encourage crime, free sex, rape and other vices as well as attract kebencian (hatred) from society. He then added, that it would also attract reprisals from extremists.

He told Harakah Daily that, “Society will not tolerate the violation of God’s laws. They will be under pressure and this will lead to extremist activities.

Strange that he and his PAS supporters, think there is nothing wrong with large scale corruption. They can’t even bring themselves to talk about it.

Riduan expressed his embarrassment, that Malaysia, being an Islamic country would risk its reputution and be known as Asia’s biggest vice centre.

Silly man! Malaysia is NOT an Islamic country and instead of being Asia’s vice centre, we have succeeded in become the laughing stock of the world.

Riduan warned that if the event was a success, it would lead to bigger events in the future, and we are warning that if people like him take over, the Talibanisation of Malaysia will be accelerated.

He may wish to ponder the facts below:

i) In 2003, the Kelantan Police Chief, Mohd Najib Abdul Aziz said that he was worried about the large number of cases of fathers raping daughters and brothers raping sisters. He said, “This is what worries us. There is a large number of incest cases in Kelantan.”

ii) From 2005 – 2010, Kelantan the national HIV infection  rate if four times the national average. It also records the highest number of women infected by HIV.

iii) Last year, Rural and Regional Development Deputy Minister, Ahmad Jazlan Yaacob, warned the Kelantan government to be more responsible for the development and not leave it in the hands of the Federal government.

He urged the Kelantan government to take responsibility over the rising number of HIV cases in the state, triggered as a result of increased heterosexual and homosexual activities.

PAS should clean up its act first. With statements by Riduan, claiming that the beer festival would lead to free sex and vice activities, is Kelantan on one long beer binge and vice crawl? One that has lasted decades and will continue…