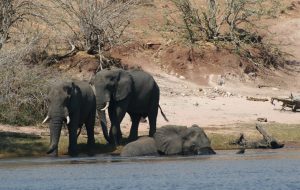 First of all I would like to apologise for the length of time, it took me to get to the bottom of this story, to find out who took the photos, to speak to various former pupils, parents, and of course, the residents of Batu Gajah. Some of the people were scattered all over the globe.

The write-up below appeared in The Ipoh Echo. I am aware that the Chinese newspapers picked up on the story the day after it happened. Many people are not aware that the incident happened. The write up below is a summary of what happened and of my greater concern, because all over the nation, bigots are stirring up trouble.

I am not in the business of manufacturing fake news nor do I wish to incite disharmony. You will realise my concern and anger because the same was allegedly done to my school, the Main Convent in Ipoh, when it was alleged that the chapel was ransacked. I have no way of verifying that story. At the time, most of us were abroad or completing our further education, or perhaps busy in a new career or married life. If we had known, and been around, we too would have reacted as swiftly as the Batu Gajah residents, parents and concerned pupils to protect their beloved school.

My message to the authorities. “Hands-off of our mission schools”. The nuns and teachers of the mission schools taught us many things, like respect, love, responsibility, love for their fellow human being, even if they were of another race, or faith. They gave us an education, in the true sense of the word. They taught us to be responsible Malaysians. Anyway…here is what I have written about St Bernadette’s of Batu Gajah. It may be true of your mission school too.

I know that in some towns, parents are having difficulty sourcing funding to maintain their mission schools. If you or your school is affected. Share your story with us. Our solidarity will show the authorities, that they should stop being arrogant and mean.

Why does the cross evoke such high emotions and passion in many Malaysians? The cross is a symbol of Christianity, but why should it make many Malays feel insecure or threatened? What has become of us, where the words, which begin with C, such as Chinese, cross, Christians and communists can make some of us behave irrationally? 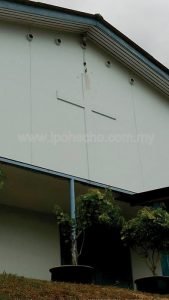 In late October, some workmen turned up at St Bernadette’s Convent in Batu Gajah and were seen trying to remove a cross which was on the outer wall of the school. They tried to hang the school badge, to cover the cross, but that did not work. Why cover the cross at all? 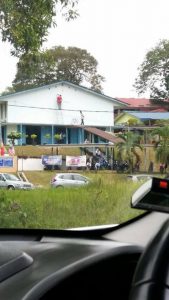 The workmen at St Bernadette’s tried to put a white strip over the cross, but that only made it look terrible. 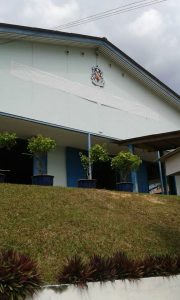 By this time, a crowd had gathered, some of whom happened to be former pupils of St Bernadette’s. They rang the school to complain about workers defacing the school cross and the wall. The police were also called, to report the vandalism. Parents and former pupils wanted the original wall to be restored.

Such was their fury that the school administrators were forced to tell the workmen to stop work until a solution was found. In the meantime, the police and officials from the Department of Education arrived.

One Batu Gajah resident, on condition of anonymity said, “Why did the assistant head call the workmen to deface the wall? Why can’t the cross be on the wall? It is a convent and the badge looks a mess. Were the Parents Teachers Association unaware of the work on the wall?”

Today, the wall has been restored to its original state. As one convent old girl said, “So why was this an attempt to remove the cross? Is this bureaucracy gone mad? Why can’t they leave the mission schools alone?”

The manufactured fear of the cross elsewhere in Malaysia

In 2015, the Kedah housing Exco, Tajul Urus Mat Zain, demanded that a property housing developer, on Langkawi island modify the design of the roofs and air-wells, because they resembled a row of crosses.

He claimed that the problem was a “sensitive issue of a religious nature”; others claimed that the crosses were a covert attempt at proselytisation. Why are these people allowing their paranoia to overcome common sense?

These Malay children would have seen the crucifix on a daily basis. The crucifix was hung in classrooms, in chapel and around the nuns’ and the brothers’ necks. Mission school badges had the cross incorporated in the badge design, but in the 80s, the crosses were removed.

Today, the Muslims who attended mission schools, are still Muslims. Their close proximity to the cross, in their youth, had not made them yearn to be Christians. The children of many Sultans also enrolled at mission schools.

On the other hand, are the Malay Muslims of today, so weak and their aqidah (faith) so fragile, that they imagine that looking at a cross will make them become Christians? Or is the fear of the cross, a politically manufactured scare tactic?

Could the fear of the cross, be a reason why many Malay children performed badly at arithmetic, because they are afraid of the addition  (+) and multiplication (x) symbols?

If one looks at the keris, the sheath resembles a cross. Should the Malays alter the design of the keris and its shaft?

From above, aeroplanes resemble a cross.

Should the Civil Works Department contact the Ministry of Transport to redesign all the crossroads in Malaysia?

What will the thousands of elderly Malay women, who have taken up cross-stitch as a hobby, do? Will they have to abandon their favourite past-time?

Does this mean, that Malaysians cannot savour hot cross buns? Apart from being linked with Easter, the cross, made of shortcrust pastry, which is baked on top of the bun, will cause the most damage to Muslims, once it is ingested.

Many electricity pylons will have to be dismantled, as well as BMW motor cars. 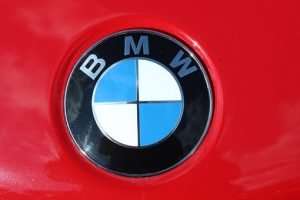 In English, English literature and mathematics, all words and symbols which contain a cross, will have to be banned.

There would be a seismic shift in learning and in education, when fields like engineering, language, science (hybridisation as in cross-breeding), religion, plumbing (pipe-fittings),  astronomy (The Southern Cross), sports (boxing) and law (cross-examination), have to be revamped.

A few years ago, the Perak Mufti, Harussani, banned Malays from wearing Barcelona football jerseys, because of the cross symbol. His suggestion was met with outrage. The Malays love their football. Harussani back-pedaled and said that it was merely a “suggestion” when faced with their wrath. 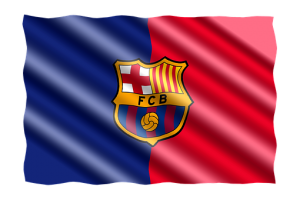 It is about controlling us

The precedent of banning the cross or defacing surfaces which contain the cross, as happened at St Bernadette’s Convent, sets an unhealthy precedent.

Prohibiting the use of the cross, or trying to obliterate it from public view, will only stifle creativity and imagination. Why should we fear the cross? The cross does not proselytise. Claiming that the Muslim faith is weak, and that we could become proselytised, by seeing the cross, is preposterous.

Once the cross is banned, there will be a slew of other items, which the bigots will soon demand, to be removed from the public sphere.

In the end, it is not Muslim sensitivities which we are protecting, but the power of a few, who manipulate how we think, and act. It is all about control.