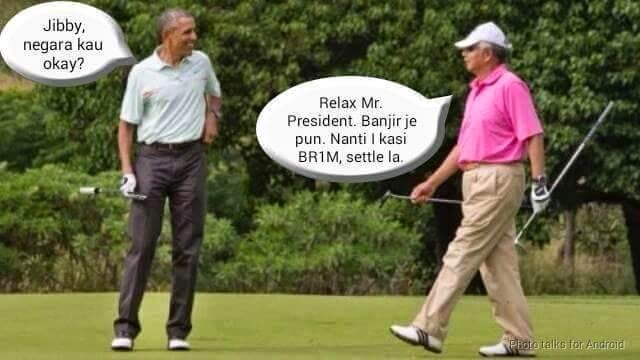 The last time they were seen smiling together, Barack Obama was the most powerful man in the world, and Najib Abdul Razak, the most stubborn leader on earth.

It was December 2014 and Obama was still the President of the United States, whilst Najib, despite the scandals surrounding him, is still the Prime Minister of Malaysia. They were photographed playing golf, in Hawaii and worse still, Najib was wearing pink!

Pink? What is wrong with the First Couple….not Obama and Michelle, but that ‘Made-in-Malaysia’ First Couple.

A few days ago, when the Tourism Minister, Nazri Aziz, announced that his wife’s “Spouse-Minister business card was a fake, many people doubted it.

If FLOM can have a website, why can’t minister’s wives (or hubbies) have a “Spouse Minister” ministerial business card?

If some ministers’ wives can travel on personal jets, paid for by the taxpayer, then why not a ministerial business card which reads, “Spouse-Minister”?

Obama is now without a care in the world. According to the Jakarta Post, he is vacationing in Bali. His Gulfstream G-V N50JE aircraft landed at I Gusti Ngurah Rai International Airport in Denpasar at 6:52 p.m. local time.

Back home, the Department of Justice is piling on the pressure, with news about property seizures, models being asked to return jewellery, actors forced to return paintings and Jho Low’s imminent arrest. 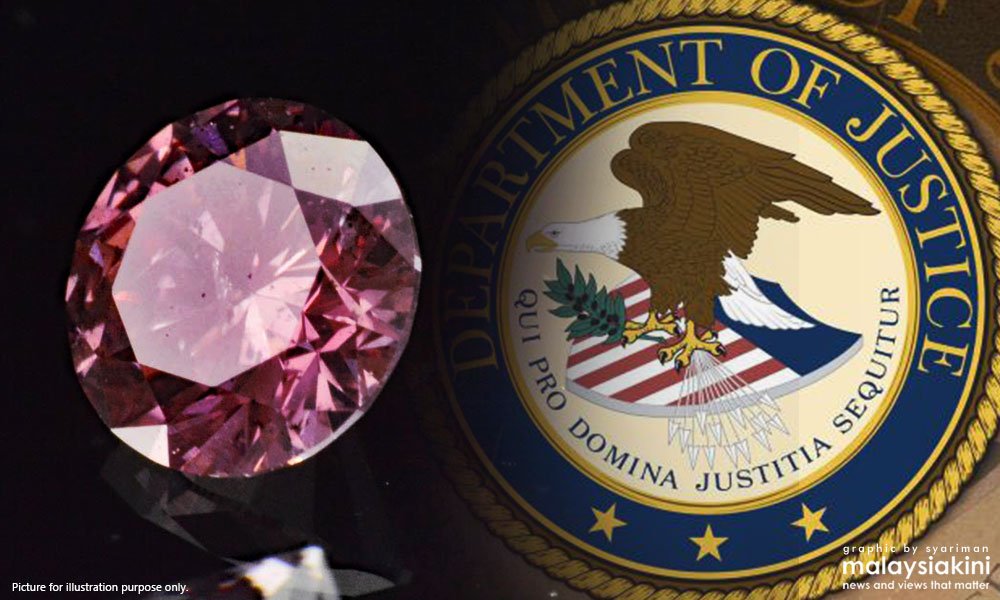 Pink diamond for illustration only

What would you do, if you were Najib?

He could fly to Bali, have a round of golf with Obama, and ask him to put in a good word for the MO1 and MO1’s wife.

Not exactly plea bargaining, but with pressure being applied by the American Department of Justice (DOJ), every little helps. Desperate people will do desperate things.

Obama leaves for Jakarta on 28 June. Will Najib find an excuse to nip over to Jakarta or Jogjakarta for a round of crazy golf next week? He needs to finish where they left-off, when the Malaysian flood victims, rudely interrupted their game.