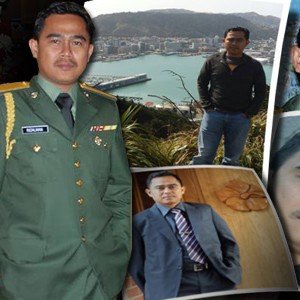 On 9 May 2014, Muhammad Rizalman Ismail, the junior diplomat at the Malaysian High Commission in Wellington, New Zealand, allegedly burgled the house of a 21-year-old woman, Tania Billingsley before subjecting her to a sexual attack.

He claimed diplomatic immunity before quickly escaping to Malaysia, to escape the charges against him. These were followed by attempts of the Malaysian authorities to delay the extradition process.

Malaysians doctors then claimed that the alleged rapist, who was accused of burglary and sexual assault in New Zealand, could not travel, because he was depressed and â€œnot looking goodâ€.

The Malaysian authorities completely ignored the trauma and suffering of the victim, Tania.

Why should Rizalman be afraid? Isnâ€™t he innocent until proven guilty? In New Zealand, he will have a fair trial. Are they (him and the Malaysian authorities) afraid of a fair trial?

For decades, the Malaysian government has made use of a corrupt judiciary. It is open knowledge that justice is the prerogative of the highest bidder and trials are rigged.

It is clear that in Rizalmanâ€™s case, the government is running scared. Is the delay to buy time and falsify evidence, intimidate witnesses and attempt to bury sordid details which Malaysia does not want the world to know about?

Has the alleged perpetrator, Rizalman, a previous conviction for a similar offence which could be revealed in a trial?

What is top on the list of priorities of the Malaysian government? That justice is served? That the alleged victim is not forgotten? That Malaysia protects its image?

A proper and fair trial is not desirable for the Malaysian government. Malaysian leaders are not used to being scrutinised in a proper court of law and being held accountable in a proper system of justice.

Do you remember the gang-rape of an Indonesian woman, in November 2012, by three Malaysian policemen, in a police station in Prai?

Do you recall when a maid was allegedly raped by a minister and paid off to buy her silence? The NGO Tenaganita was harassed for reproducing a media statement on this allegation.

Remember too, the Malaysian tenpin bowler, Noor Afizal Azizan, who was not given a jail term despite raping a 13-year-old girl in a hotel room in Ayer Keroh, Malacca in June, 2012.

In Rizalmanâ€™s case, Hishammuddin Hussein, who is the Defence Minister dismissed claims by the Opposition, of a â€œcover up.â€

The problem with Hishammuddin is that he is part of the corrupt system. He is blind to any wrongdoing perpetrated by government representatives or government cronies. He and his peers have much to lose, and is acting because he wants to protect his and his partyâ€™s interests.

Add to the rapes, the unexplained deaths of Teoh Beng Hock, A Kugan, Aminulrasyid Amzah and Ahmad Sarbaini Mohamad.

When a person commits a rape, those who cover-up for him and delay justice for the victim, are accessories-after-the-fact. How do you feel about the Malaysian governmentâ€™s delay tactics in Rizalmanâ€™s alleged rape case?