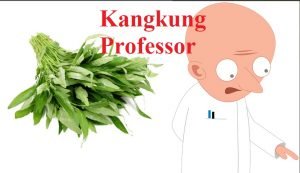 Mendacious and disingenuous. This is how we can describe the four academics, who convinced the Conference of Rulers to reject the Rome Statute of the International Criminal Court (ICC).

The forum held at Universiti Malaya, which was organised by civil society groups including G25 and Ikram in response to critics, including the four academics, who argued against Putrajaya’s initial move to accede to the Rome Statute, was most revealing.

All of the panellists were in favour of Malaysia’s accession to the statute, and agreed that the government should not withdraw from the ICC.

Please watch the videos of the various panellists and make your own conclusions. The videos are not mine.

The four academics co-authored a paper which was presented to the ruler. On 7 April, a group of student activists leaked the executive summary of the paper to invite discussion.

Their spokesman, the student activist Asheeq Ali Sethi Alivi, had challenged the four academics, and accused them of being biased in their argument. The four academics have remained tightlipped since the leak.

The four academics are

Despite being invited to participate in the forum, held at the UM Law Faculty Tun Mohamed Suffian auditorium, two of them declined and the other two failed to respond.

They have suddenly lost their tongues and cannot defend in public, what they have written. They have caused so much division in the nation.

The Rome Statute set up the ICC to allow the prosecution of those responsible for international crimes such as genocide, crimes against humanity, war crimes and crimes of aggression.

The ICC acted on the “principle of complementarity” where local enforcement authorities would have the primary responsibility to prosecute or investigate criminals of serious international crimes under Malaysian laws in the domestic courts.

Attorney-General, Tommy Thomas, said  “It (ICC) would put a bit of pressure on those who administer justice to do the right thing, because if they don’t then international bodies will come in”.

The Rome Statute would also mean that the country would not be a safe haven for “rogues”, or criminals guilty of any of the four international crimes who might see Malaysia as a “safe haven”. People like Zimbabwean ex-president Mugabe, or President Assad of Syria.

The other panel members

He explained how the three Rs are used to frighten the Malays and make them insecure, and how the Malay feudal mentality helps to perpetuate these fears.

His explanation cuts through all the techincal bits and legalese of the other speakers. No wonder the Ketuanan Melayu types in Umno-Baru lodged a police report against him

Here is his speech. It is most enlightening.

He dealt with the hypocrisy and the lies perpetuated by the fake news brigade and the opponents of the Rome Statute. He said that the ICC CANNOT interfere in the sovereignty of the country.

He opened with a brief explanation of the Rome Statute and said that “anyone with half a brain” will understand that these refer to the four serious crimes of genocide, crimes against humanity, war crimes and crimes of aggression.

He had advised the government to ratify the Rome Statute as it had many advantages, and confirmed that it was an extension of a Cabinet decision made in 2011.

He said, “It (ICC) would put a bit of pressure on those who administer justice to do the right thing, because if they don’t then international bodies will come in”. The Rome Statute could not be used against the King even if the Armed Forces commits heinous crimes because he is a constitutional monarch. He gave the example of former British PM, Tony Blair and Queen Elizabeth in the illegal invasion of Iraq.

Prof Shad accused the four kangkung professors for presenting a paper that was baseless, to the rulers.

Ratifying the treaty does NOT need the consent of the rulers and Prof Shad Saleem also accused (3:00 min) the four academics of interpreting the articles of the constitution of the agong’s powers “very literally and in isolation”.  He said they took one provision and “put it in a keyhole and ignored everything else in the constitution”.

He gives a very good explanation about the role of the constitutional monarch.

He explained that the ICC goes after the real culprits and not the constitutional monarchs. For example,  the King reigns, he does not rule. He is not operationally responsible for the armed forces. He is not liable for any international crimes by rogue soldiers or commanders and Dr. Shad Saleem gives seven reasons (4:00 min) for this argument.

She revealed that BN started the Rome Statute ratification process eights years ago and said, “All agencies (that received a copy of the cabinet paper) agreed, except for the AG’s Chambers at the time, who were vehemently against it.

“Eight years ago, on March 2011, the department prepared the instrument of accession to be deposited with the United Nations secretary-general.

“Unfortunately, the foreign minister at the time never signed the instrument until he left office after the defeat of BN on May 9 (GE-14) last year.”

Today, we would like to know why disgraced Najib Abdul Razak allowed this to happen? Don’t his ministers do any work?

Lim accused the four academics of being “intellectually dishonest” including selectively highlighting ICC prosecutions against absolute monarchs to create a perception of threat against the rulers.

Asheeq blamed Prime Minister Dr Mahathir Mohamad and his government for being “completely irresponsible” when they blamed others over the confusion and the ultimate decision to withdraw from both the Rome Statute and Icerd.

In early April, Dr Mahathir showed his disappointment at being forced to do a U-turn.