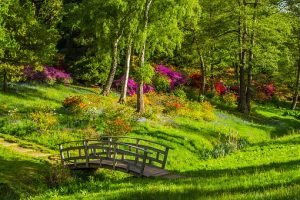 Many major cities, in Perak, suffer from a lack of green lungs in their urban and town centres. The thousands of people who go overseas to study, especially in the west, are familiar with parks in cities and major towns, which the inhabitants enjoy at all times of the year. The parks are enjoyed by a wide range of people.

Early morning runners, smaller groups of elderly people practising yoga, meditation or a less strenuous physical activity, dog walkers, young children enjoying a fenced-off area with swings and playground facilities, a pebble path for reflexology, or large open areas where people can play football. Most parks have benches for people to sit and just watch others. Flowering shrubs, clumps of trees for shade, and perhaps a pond, all add to the ambience.

The parks are looked after by the city council and troops of workers can be seen, at select times of the day, emptying the litter bins, clearing rubbish, tidying the greenery and ensuring that the park is safe for everyone.

The closest park to where I live, is the old Ipoh Polo ground. Even that is becoming too small and overcrowded. In the early morning, or in the evening, the roads leading to it, are jammed. People have travelled long distances from housing estates, to enjoy the park’s amenities. 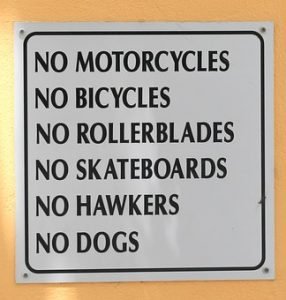 Some park users claim that the area is becoming too commercial, with hawkers selling their wares on mobile stalls. The amount of litter, and  discarded plastic food packaging, does not sit very well with the park being a place of exercise and quiet contemplation. Why gorge on food, after a brisk walk intended to work-off excess weight?

If people claim that they have driven miles, it could mean that they do not have a park near to where they live. One person said, “There is a small park where we live, but it is littered with empty syringes from groups of young men, who go there at night. We do not want our children to accidentally get pricked by the needles. We suspect it is drug users but it scares us that the needles may also be contaminated by other diseases,  as we suspect that the men share their syringes.”

One person I spoke to said, “I don’t go to the old Polo ground any more. I do not like the open air aerobic classes on weekends but it is not the aerobics classes I object to, it is the loud thumping music which the lead physical instructor plays, while she leads the people through their paces. I can hear it over a mile away. It must be irritating for the people who live in the area. The music is so loud, that it can be heard in an air-conditioned room.”

So, will the new administration have a look at the provisions of parks and open spaces, in new housing developments. As some of the people who use the old Polo ground claim they have driven from afar, then city officials should provide more green spaces for new developments.

They should also see the value of parks in enhancing community relations. The old Polo ground is frequented by people from all walks of life. The young, the old, the disabled. Even people who have recovered from strokes, are encouraged to walk in the park, and appreciate the benefits gained from being outdoors.

Collecting revenue from the hawkers may be profitable in the short run, but the council probably spends more money on teams of workers to collect rubbish and enforcing by-laws. Creating parks near to housing estates will boost property prices unless the parks are allowed to become unkempt and full of litter.

Will the new state administration provide more parks for Perakians? Will the state engage the community, and involve groups of local people to assist the mayor and other public officials in the park’s planning, design and management. By engaging with the community, bridges are built,  but more importantly, the state gives the people a say in how things are run.

Both the people and the state will benefit. We will create safe neighbourhoods, because people will be more engaged and want a say in how the parks are run. There will be economic development, because a park designer will be engaged. The economic spin-offs will provide jobs for the local community, by involving people in the running and maintenance of the park.

The parks will promote public health, teach children about a healthy lifestyle and also educate the public on the importance of green places.

By having people involved in arts and cultural programmes, the tourism potential of these parks, may also increase.