It appears that some of the new politicians have short memories… 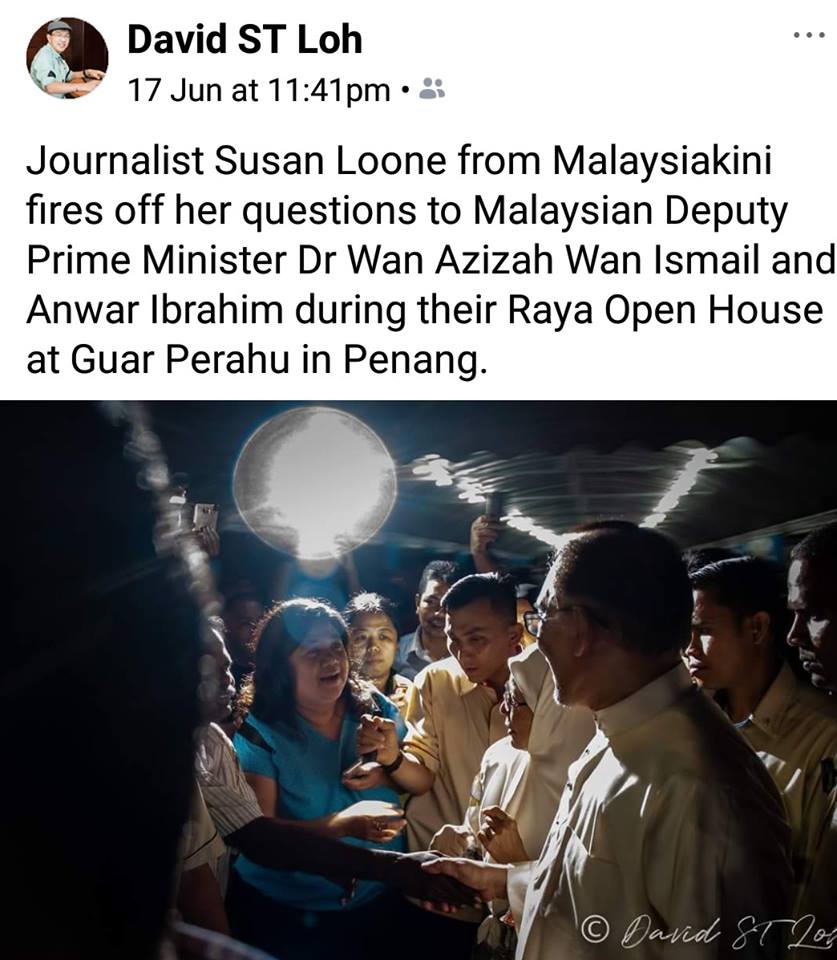 Susan: Thanks David ST Loh for the nice shot. If you look closely you can see how the bodyguard was trying to bar me from asking his boss questions. He was near to physically manhandling me. I was damn pissed off that day.

I must say it is a real struggle now to cover our former opposition leaders who are now ministers in Dr Mahathir Mohamad’s cabinet. Its a battle everyday especially when you are an independent media.

It’s not even 100 days and the old BN habit of favouritism and treating the media unfairly is already taking root in this so called New Malaysian government! Former PM Najib and his gang did the same to some of us, where are they today?

Malaysiakini has always been neutral but we did give the voiceless alot of space since it was establised in 1999. I dare say Mkini’s presence contributed to the making of a New Malaysia. However all this means nothing much now. Some of us used to get calls at nights, even midnight, to be asked why we are not carrying certain statements. Now the same people are too busy to answer whatsapp messages.

For example, Mat Sabu may be a great guy and all but he has a lousy press team, who invited only the govt linked broadcasting station and a certain portal deem to be pro-Pakatan Harapan. To me, this is totally unprofessional!

Just the other day many of us were not invited nor informed of Mat Sabu’s Hari Raya open house. Just got to know it when I watched it on TV. I felt really disappointed because I had questions for him as Defence Minister. I dont care about his rendang and ketupat or duit raya. I covered Mat Sabu for 20 years. I would go to whatever nook or corner to give him coverage as he was a nobody then and was very much marginalised. Well now he is minister, he has probably forgotten everyone in his past who made it possible for him to be where he is today. 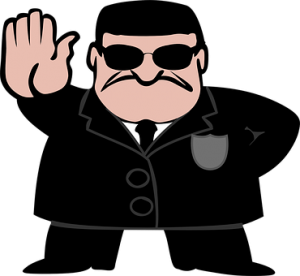 Even for some who are nothing yet, running around and issuing all kinds of statements (many unnecessary) with no posts, treat journos badly when we are just doing our job. We got barred, and shoved around the other day in Guar Perahu and I couldn’t even ask Anwar Ibrahim or Wan Azizah more than one question before being told to stop it by his body guards. I dont know what the fuss is about. Are we carrying guns? Are we suicide bombers? I wanted to blurt out as I did many years ago at the same venue “You are not even PM yet, we are already being treated badly!!”.

Anwar did allow me one question and his wife replied “ditto” when I asked her for her response as well. Only one Q! How about the other reporters? I’m sure they have questions too.

To think that before he went to jail, I spent most of my weekends covering his events.

Nevermind that their daughter Nurul Izzah is supposedly a defender of press freedom. Nevermind that we waited till 1030pm on a Sunday nite for a press conference and was later told “sorry, there is not going to be one”.

Anwar like other newly minted ministers too are simply enjoying their new found publicity and limelight – basking in the spotlight of being featured daily on the TV screen, getting all the attention of the international media, that they forget who were the people there, sometimes the lone figure, or the few, covering their events when they were nobodies. It’s okay if you forget but today, when you are up there on the pedestal, please let us also do our jobs.

Is that too much to ask for?