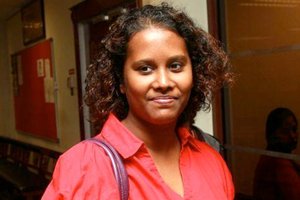 Lena Hendry has been found guilty of screening a documentary on the Sri Lankan civil war – No Fire Zone.  The film which has not been approved by the Malaysian Censorship Board.

Lena, like any other Malaysian, likes reading, watching films, listening to music and travelling. She went to Convent Bukit Nanas and after graduating in Psychology from HELP University College in Damansara, worked for Komas, a Malaysian human rights non-govermental organisation (NGO).

She says: “I am an average sort of person, who wishes to do something, to help Malaysia.”

On 9 July,2013, Lena, who is a programme co-ordinator for Komas, screened a film called “No Fire Zone: The Killing Fields of Sri Lanka”, at a human rights event, at the Selangor Chinese Assembly Hall, in Kuala Lumpur.

Komas has screened films of a similar nature for 11 years. The film, directed by Callum Macrae, is an educational film documenting the war crimes committed during the Sri Lankan civil war.

The Sri Lanka people have been killed for their beliefs and ethnicity. Lena said: “It is important that the people of Malaysia are aware of such happenings outside of the country.”

Access to the filming, which had not been publicised, was by invitation only.  Halfway through the event, the premises were raided and screening halted. Three Komas members, including Lena, were arrested.

“The only opposition to the event came from the Sri Lankan High Commission, which approached the owners of this venue to try to persuade them to cancel the booking and thus prevent the screening,” said Lena.

Had the Sri Lankan government, applied pressure on the Malaysian government? The Sri Lankans have always denied that the atrocities and the events, depicted in the film, ever happened.

The Film Censorship Act relates to “any film”. There is no clear guideline or definition of the type of film which is covered by the act.

Yesterday, she was found guilty of the charge. This injustice is another blow to freedom of expression.

Lena expressed concern that all of us may be affected. She said, “The average Malaysian should care because this law is opening up a can of worms. The law says “all films” are illegal, so, it could include your wedding video, your child’s first birthday party and so on”.

So, will we be arrested for recording a video on your mobile phone, and showing it to our friends? Aren’t films a form of creative expression?

She said, “It is not up to a body to decide what you should watch, or not watch.”

Many filmmakers who are directly affected by the ruling fail to question the validity of the law, and simply comply with the unreasonable nature of the law.

“The law has not previously been applied to human rights’ activists. The government is practising double standards, because many propaganda films are shown without any restrictions.

“Why did they stop the screening of a human rights film? Why is the government bowing to pressure from Sri Lanka?” asked Lena.

Lena said: “I am concerned about the potential consequences, because the law has not been used against a human rights’ defender or an average Malaysian citizen. Previously, the law was used to prosecute illegal DVD sellers.

“By enforcing this law, the government appears to be starting something bigger. They probably plan to make censorship the next big thing, after ISA and Sedition. All are draconian.

“People should be made aware that censorship is not necessarily good and is ineffective in the age of the internet.

“Pornographic and violent videos are openly available, but ultimately only self-regulation counts. Nobody should be able to tell you what you can or cannot watch.

“Persecuting me is like stifling Freedom of Expression. Be warned! A home video of your singing or your holiday, will be deemed illegal if shown to anyone,” said Lena.

Please show your support for Lena by highlighting the injustice and spreading her dreadful conviction. 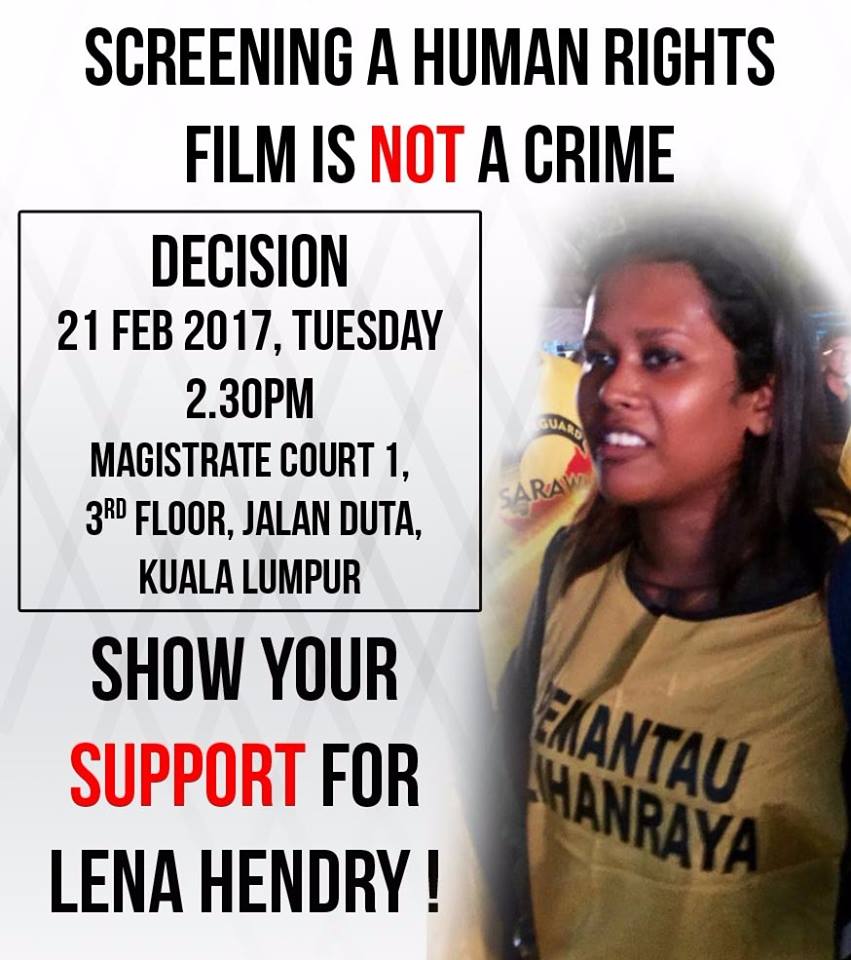