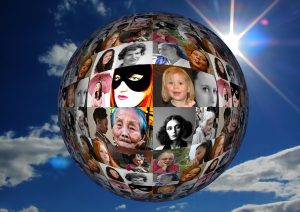 Stephen says: “Women have always played a leading and important role in our family.  Both my paternal and maternal grandmothers were progressive women whose social attitude, like formal education should be equally important to daughters as well as to sons, were very much ahead of their time.

My mother and her sister, (Aunty Katherine) mother of my Chang cousins, stood up against the feudal male culture that was prevalent, and still is but to a lesser degree, among Chinese families during their time.  My generation was brought up to never use physical confrontation or violence towards women and to treat women as equals in every sense of the word.

The International Women’s day (IWD) started as a Socialist political event to mark and honour women’s heroic role in the struggles for justice and against oppression and exploitation.  The first national Women’s Day was observed on 28 February 1909 in the United States following a declaration by the Socialist Party of America.  In 1911, IWD was celebrated for the first time, by over a million people in Austria, Denmark, Germany and Switzerland. It subsequently merged into the commemoration of the heroic role women played in the Paris Commune (March to May 1871), an uprising of the French working class in Paris.

From its official adoption in Russia in 1917, IWD was predominantly celebrated in communist and socialist countries.  It was celebrated by the communists in China from 1922, and by Spanish communists from 1936.  China proclaimed in 1949 that March 8 would be made an official holiday with women in China given a half-day off.

In the late 1960s and early 1970s when Bernice and I joined the celebrations of IWD in London we were branded as celebrating a “communist” event.

The commemoration of the heroic role and contribution of women was so compelling that IWD became a popular worldwide event especially amongst progressive women.  However, the neo-imperialists and arch capitalists in the “Western” world in their attempt to strip the social and political significance out of IWD have turn IWD in parts of the “West” into the likes of Valentine’s day to become simply an occasion for men to express their love for women and a meaningless “celebrations” devoid of its historical, social and political significance.