I came across two items of news which debunk the so-called ‘Clash of Cultures’ between Malays and the non-Malays.

Both concerned marriages: one between a Malay and a non-Malay and the other where one partner is of mixed parentage.

In one, the bride Nur Hafizah, said how “respectful” her in-laws were, to ask her whether she objected to them posting photos of the food served at the Chinese New Year dinner – many of which are non-halal. “Non-Malays are always very concerned and sensitive about what is halal and what is haram and if certain things will be offensive to us” she wrote. On the other hand, she believes Malays impose their beliefs on others.

The other news item is about the wedding of a Malay couple (Apparently one of the couple’s mother is Chinese) where the bride and groom wore traditional Chinese wedding costumes. There was a lion dance by four lions.This is to acknowledge and respect his/her Chinese roots.

Unsurprisingly, this happened in Tawau, East Malaysia. Can you imagine this happening in West Malaysia today?

I asked my friend who married a Malay lady if their wedding was anything like that.

He replied “More than that!”. His bride wore the traditional Chinese wedding gown and kneeled to serve tea to his parents and all the elders (each giving them a fat angpow I am sure); and to pay respect to his ancestors. This is Chinese custom. At the wedding dinner alcohol flowed freely. In a special corner her relatives and friends were served Malay food. No one complained. Everyone enjoyed the occasion.

No doubt they observed Malay customs on the other half of the wedding.

He ended by saying “This can only happen in the 70s but sadly not now.”

Why “not now”? Why was it possible in the 70s? What happened between then and now?

I remember as a kid my Malay friends ate and drank in my house. They never asked if the food was halal or if the utensils were “clean”. We knew their religious requirements concerning food and we made sure we observed them.

You must have heard a thousand times, stories of how Malays, Indians and Chinese sit at the same table in the coffeeshop to eat and drink. Each ate and drank what he wanted, no one batted an eyelid. There were no Jakim spies around to catch them.

Try it today and you will be accused of being insensitive; that is if you can find a Malay to sit with you at the same table while you drink your beer and eat your Char KwayTeow. Forget Malays coming to your house for a meal or even a drink. I have had Malay friends coming round, but they won’t drink from my cups. Lately I have started to use disposable cups for my Malay friends if and when they come to visit.

Do Malays impose their beliefs on others as Nur Hafizah inferred?

The short answer is YES.

UMNO tried to force Islamic and Malay culture on the non-Malays by the National Culture Policy (1970). Lion dance and other cultural dances which do not reflect Islamic or Malay Culture would not be allowed to be performed in schools or in public. Thankfully it did not succeed.

We cannot display symbols of our faith because it confuses the Malays.

We cannot go caroling during Christmas or have Christian songs played at Malls because it offends the Malays. Yet we have Islamic hymns and chanting during Raya in supermarkets and malls.

Oktober Fest is out. Bon Odori is haram. Sale of alcohol in convenience stores are not allowed although they have been doing that since long before independence – without any complaint from Muslims, if I may add.

What has become of the Malays today that they are so intolerant? Why is East Malaysia so different; they celebrate each other’s cultures and live happily together while we in West Malaysia are growing increasingly apart?

The finger points to the Islamists embedded in every part of the government and to politicians who stir up race and religion. If muftis and imams do not preach tolerance but instead set out to discourage any celebration of another culture or even mixing with others if there is even the slightest hint of anything unIslamic, how do we enjoy our nation’s multiculturism.

The problem also lies in the increasing emphasis on Islam in our schools – there are more periods on Islam than there are for English. Our leaders talk about upholding Islamic values as if other religions are devoid of values; and what about universal values? When you are indoctrinated with religion at a young age without exposure to other religions or cultures, what is likely to be your worldview especially your views on religion and multiculturalism.

There is no ‘clash of cultures’ between the different races especially not in Sabah and Sarawak. The ‘clash’ in West Malaysia is engineered by the Islamists and racist politicians to serve their own ends.

Indeed, we do celebrate our differences if we care to look. I read of Non-Malay couples wearing Malay wedding costumes on their happy occasion.

Leave us alone, we can figure out what is right we don’t need muftis decreeing what we can or cannot do or religious police to keep us in line. Stop trying to divide us, Malaysians are by and large tolerant and inclusive. We have got on for centuries ever since people came here to trade and to live from Indonesia, India and China and even further.

The main reason why multiculturalism is alive and kicking in Sabah and Sarawak is because their leaders openly encourage mixing and extreme Islam is not allowed. I believe PAS is not allowed there and racist politicians are banned too.

Nur Hafizah referring to our cultural differences commented “. . . it is a difference that should be celebrated and respected.”

I second the motion.

Indeed, if  left alone, we would have eventually come out with a Malaysian Culture which reflects the rich diversity of our country. A culture that is not Islamic or Malay exclusively but a culture that is Malaysian in every sense of the word. But religionists and racial chauvinists had to meddle . . .

Sarawak and Sabah already have true multiculturism. We should learn from them. 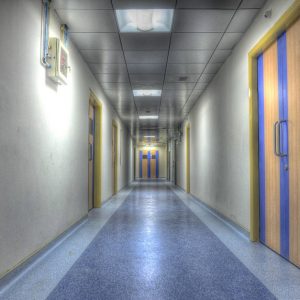 If too lazy to hoover, try this…