Yin wants to know in whom can we trust? Do you know? 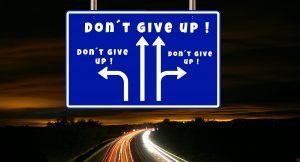 Yin: We know about UMNO-BN and PAS.   UMNO is a racist party. PAS is a racist Islamic party. The rest of BN (read MCA – does not count, Tanjong Piai notwithstanding). We have had over 60 years of them so we know them well.

We have got to know PH in the short time they have been in power. They are a disappointment. They put out a manifesto knowing that they will not honour it. This is from Mahathir’s mouth, not mine.

So even before they got power they deliberately lied.

How can we trust them?

The public are not fools. They know that it takes time to implement certain changes. But we are talking about betraying the dream of “Malaysia Baru” – a united country free from racial or religious discrimination.

What is the real PH then?

It’s not much different from UMNO/BN. You only have to substitute PPBM for UMNO and DAP for MCA. It still continues with the racist policies we have had for so long. It’s not surprising because the architect of race politics, the master of cronyism, is the one driving PH.

We still carry on the same failed economic model based on cronysm,  exploitation of the workers, we still negotiate tenders and we still pick CEOs of our GLCs on the basis of skin colour.Corruption is still rampant.

We are still a racially polarised nation – probably even more so than at any time after 1969.

Nothing has changed; except the actors. The storyline is the same – Divide and Rule.

DAP may well protest about being lumped in with a racist party but the fact is if you see your partner steal and you do nothing, you are also a thief.

Leaving aside the other partners in PH, the non Malays (especially the Chinese) will not trust DAP again and like it or not the Chinese are the bedrock of DAP’s support.

Who can we trust?

First of all , trust no one. Civil Society must learn that it can only trust itself.

However without organisation Malaysians as individuals can do little beyond casting their votes every five years.

NGOs is one way forward. But unless activists offer themselves for election all they can do is make noise.

While this is an important role they are playing; we need people inside parliament who can make a real difference.

If reports about MAJU are accurate; it seems that it will be “apolitical”. Do they mean “non-party political” I wonder? Because I can’t see how any NGO can be apolitical because everything  in Malaysia is affected by politics – even religion. Or especially religion if it is Islam.

From what I have read, it appears that MAJU will only play the role of a pressure group. Pressure groups have been around a long time and yet we are where we are. Unless you have the votes you are “spitting in the wind”.

And it has been reported that MAJU intends to persuade the “right people” to stand for election. I wonder what they mean? So they find someone who meets their criteria and persuade him/her to stand then what? As an independent? Within one of the established parties? How will MAJU  support this candidate? Moral support? Organisational? Financial?

MAJU must be clear about what they are proposing beyond the vague idea of harnessing “people power”.

Bersih has done that and gone one better that its chairperson has stood as a candidate and won.

MAJU is not the Third Force Malaysians are hoping for. . . not yet.

Malaysians do not trust either of the two main blocs.

But what choice have they?

So it’s still Hobson’s choice is it? Need it be?

The only party that has been consistent in its political stance is Parti Socialis Malaysia (PSM). They said that all elected representatives must declare their assets and they did; while the other parties were dithering.

When the PH Government in Perak took away land from farmers (to give to footballers) it was PSM who stood up for them. Whereas DAP was party to this “theft”. However till today this issue has not been resolved – the government hopes the public will forget about it.

When the government is trying to hive off the health service to the private sector it was PSM who spoke out against it. DAP is party to this backdoor privatisation.

Look at the derisory raise in the minimum wage the PH Government gave to the B40 which is not even enough to cover the living cost. And this by a minister from DAP which calls itself a socialist party. It is more concerned with the complaints of big business over that of the workers.

PSM can play an important part as a balance between UMNO/PAS and PPBM-PH. It can be the third choice. It can make a difference by breaking the stranglehold the two blocs have on the electorate.

For instance in Perak, which is split almost down the middle between UMNO/BN and PPBM-PH, PSM can be kingmaker by just winning a few seats. PSM can demand seats in the ExCo where it can promote its people oriented programme.And keep them honest.

This is better than the Hobson’s choice we are presented with election after election – from one set of crooks to another.

Malaysians should take a closer look at PSM – what it stands for; its values and although PSM is not likely to hold government in the near future; it can hold government to account.

With the public so disillusioned with the two political blocs, the opportunity for PSM is there.  But it needs to focus its limited resources and not spread too thin.

For the future PSM must recruit more graduates and professionals to its cause.

Young Malaysians with ideals will find that they can contribute to a fairer and honest Malaysia Baru through the party.

PSM offers a real alternative and Malaysians do not have to decide on the lesser of two evils in determining our country’s future.

(Note: I am not a member of any political party).