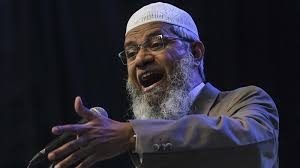 Zakir Naik and the radicalization of Malaysia Baru

According to news reports, the IGP warned that the police had “uncovered a plan by foreign militants to use the country as a safe haven, transit and logistics centre, following the collapse of terrorist outfit Islamic State in Iraq and Syria (ISIS).” Continuing, he said that the militants planned to marry local women to get spousal visas to enable them to live in Malaysia, or to remain in the country by attending educational institutions or by being involved in business.

The IGP’s warning should have immediately set off alarm bells but such is the state of denial in the country when it comes to religious radicalism that it passed almost without notice. Even the high security alert throughout the country announced by the IGP soon after the attacks in Sri Lanka – an indication of just how vulnerable we are – did not appear to have evoked much concern.

Of course, Malaysia has long been a favourite destination for international terrorism. Some of the al-Qaeda operatives who planned the 9/11 attacks, for example, met in Kuala Lumpur. Since then, the growing number of both local and foreign jihadis being arrested in the country suggests that the problem has grown exponentially. And so, too, is the scope of their activities – from bomb-making and weapons smuggling to recruitment and fundraising.

The rising number of foreign jihadis in Malaysia is usually dismissed as simply a consequence of Malaysia’s good airlinks but the reality is far more worrying: they choose Malaysia because the local culture is increasingly tolerant of them. In fact, there is a sense among many local Muslims that it is their duty to assist anyone fighting for Islamic causes even though they might not necessarily agree with their methods. For this reason, foreign jihadis appear to have no problem finding refuge and support locally. 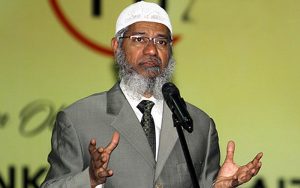 Not happening in a vacuum

Of course, all this is not happening in a vacuum but is taking place within the context of the growing radicalization of our society. Thanks to decades of sustained Wahhabi indoctrination and infiltration, Malaysia is no longer the moderate country it once was although we continue to pretend it is. Despite a fatwa against it, Wahhabi theology is now the dominant force in the country and is being vigorously promoted in every school, every university and every government department, not to mention every religious establishment with predictable results. Ironically, while we boast about the success of our deradicalization programmes, the whole country is slowly being radicalized!

A recent survey, for example, revealed that one-fifth of students in major public universities believe that terrorism is an effective strategy to achieve an objective while 11% of Malaysians have a favourable view of ISIS. The dozens of young Malaysians who rushed off to join ISIS is but a manifestation of the slow process of radicalization that has been underway in our society.

Unfortunately, Putrajaya has thus far been unable or unwilling to provide the kind of decisive leadership that the situation demands.

There is widespread agreement, for example, that our education system has become a major precursor of religious extremism and intolerance but is Putrajaya willing to fight to wrest back our education system from the religionists who now dominate it? Do they even know how?

All they have done thus far is pander to the religious establishment by showering them with more money and ceding more and more legal and moral authority to them.

Even taking simple steps like strengthening immigration controls and reimposing visa requirements on Middle Eastern and other visitors seem too onerous, too fraught with danger to the risk-averse politicians in Putrajaya. 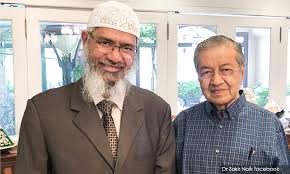 Nothing sums up the government’s lack of resolve on the issue of extremism more than the way it has managed the case of Zakir Naik – arguably one of the most controversial Wahhabi ideologues in the world today. He is so toxic that he has been banned by several countries and is now a fugitive from the Indian criminal justice system.  Reports suggest that his teachings have inspired several jihadis including the ones who carried out attacks in Bangladesh and Sri Lanka. Everywhere he has gone, he has promoted nothing but division and social and religious strife.

And yet this is the man who is now held up as a role model in Malaysia Baru. Prime Minister Mahathir honoured him with a private meeting soon after he took office, the minister for religious affairs called him an “inspiration,” the Menteri Besar of Kedah welcomed him while the Perlis mufti is one of his staunchest supporters.

The PH government may not have given Naik permanent residence but they have given him something far more important – a level of credibility and respect that no other country has bestowed upon him. That, in itself, says a lot about the kind of nation we have become.

Of course, Mujahid has since backtracked on his comments and now says that he has not changed his position that Naik’s teachings are not suitable for Malaysia.  If he really believes that, the very least he can do, as minister for religious affairs, is to publicly disassociate himself from Naik and work to have him removed from the country as speedily as possible. Anything short of that is simply intellectual dishonesty.

Mujahid and other PH leaders would also do well to note that Naik is not here simply to pass time or hide from justice in his own country; he is here to spread his hateful extremism and recruit followers to his cause. The very fact that one of his acolytes has just been arrested for insulting another faith should tell us something about the threat this man poses to our society. The longer he stays in Malaysia, the more people he recruits to his cause, the more dangerous he’ll become.

Non-Muslims, in particular, have every reason to detest Naik and other radical preachers because they (non-Muslims) are the principal targets. As the police have repeatedly warned, both foreign jihadis and local extremists tend to target non-Muslim places of worship. Naik himself has built his reputation on belittling other religions and promoting the view that non-Muslim places of worship have no place in Muslim countries.

But don’t expect the government to send him packing anytime soon. Naik has so skilfully woven his narrative into the fabric of Malay ethno-religious nationalism that his removal now would be seen as an assault on Islam, Malay rights and Malay civilization. No Malay politician would dare do it. As it is, even the arrest of one of his proteges is deemed to be an affront to the Malays.

What all this says is that the Malaysia Baru that many of us are celebrating is simply a passing phase, a prelude to a more radical religious state. With no leader of consequence willing to defend the secular constitutional foundations of our nation, democracy’s days may well be numbered. The future, it seems, belongs to the likes of Zakir Naik.