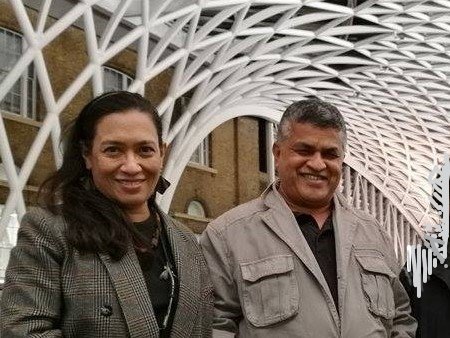 Zunar is not an assassin, but some people feel that their reputations have been assassinated, by  him.

He may not be the world’s strongest man, but he can tear down the wall that some have built, to cover their misdeeds.

He is not like James Bond, who swears allegiance to Queen and country but he is a slave to the truth.

Unlike James Bond, he may not be able to run through a minefield and dodge bullets, or shoot, a moving target with deadly accuracy a moving target from several hundred yards, nor can he from a moving car and save the world, but Zunar has today, earned the title of “The most feared man in Malaysia”.

A bouquet of broken laws

These days, Zunar, Malaysia’s most controversial political cartoonist, spends much time in a police station or in court. Perhaps, the authorities feel that wasting his time, will dull his senses and numb his creativity. Little do they realise, that creactivists need quiet time to be more creative. They are only helping him to recharge his batteries.

On the morning of 29 November, Zunar had to report to the Dang Wangi police station, not because he had broken the law, but because someone was upset by one of his cartoons and had lodged a police report about it. Surely if one is upset, one just turns the page. There must be more to the motives of this person, than meets the eye. 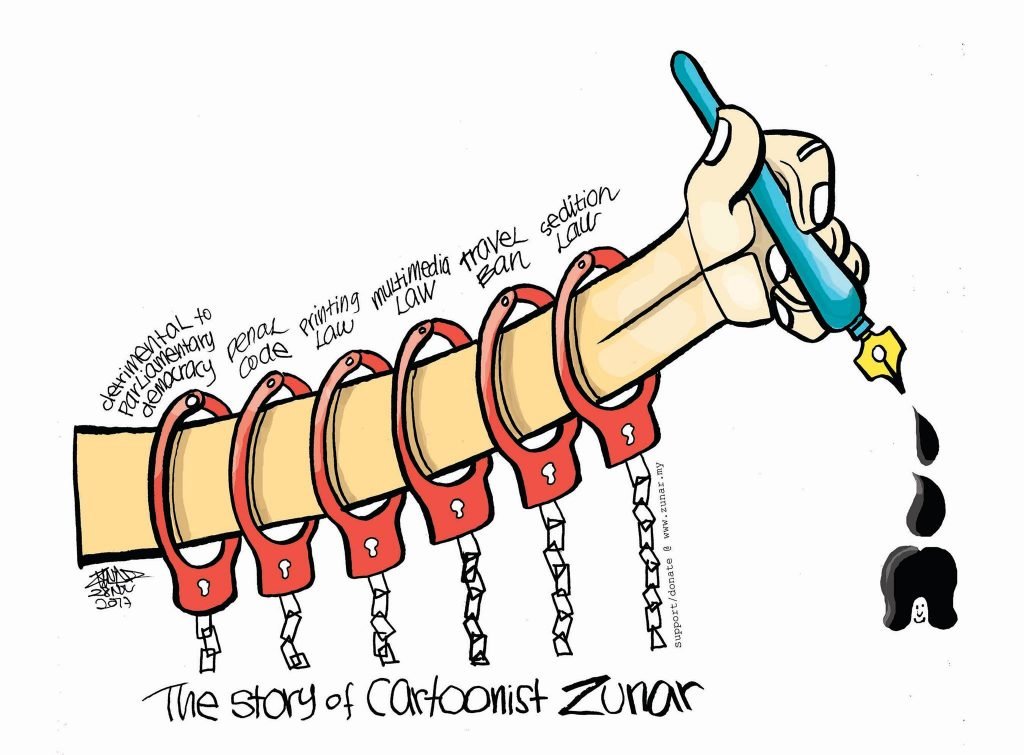 A sixth flower has been added to the bouquet of laws, which Zunar is alleged to have broken. They are: The sedition law. The immigration travel ban. The multi-media law. The penal code. The printing law. Acting in a manner which is detrimental to parliamentary democracy.

A chicken which breaks piggy banks

The cartoon which prompted the police report was about chickens and broken piggy banks. Most children who own a piggy bank, try to fill it with money. This is to encourage saving.

Zunar’s cartoon showed five piggy banks, each with a name. Each has been broken with a claw hammer, and was an empty vessel. It needs no genius to understand the meaning.

The piggy banks labelled KWSP, Felda, KWAP, Petronas, and Tabung Haji. These organisations have suffered many losses in recent years. They were once profitable entities but no longer.  In the back ground, he hints at the source of the RM5 billion payment which will be made to IPIC, next month. 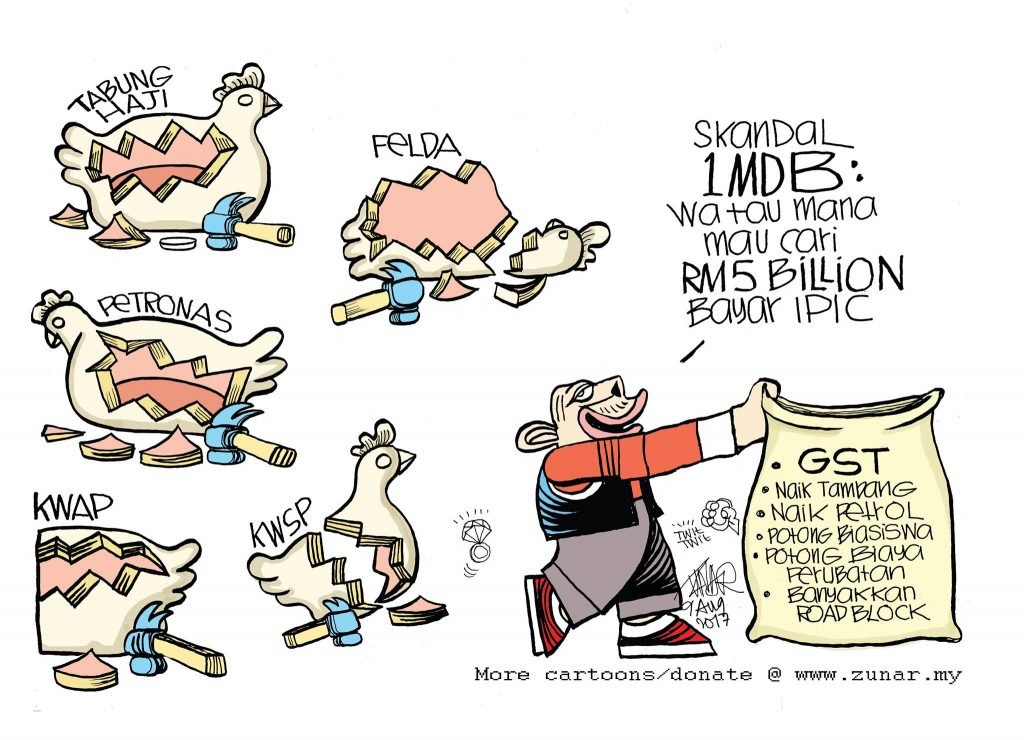 Zunar does not need many words to describe the plight of Malaysia, today. Just a handful of pastel coloured sketches, a few choice words, and the main protogonist lurking in the foreground.

Even a child can decipher Zunar’s meaning, and that is the crux of the matter. This is why Zunar is public enemy number one. He does not need a lectern, a broadcasting station, or a TV transmitter to beam him into every Malaysian sitting room, or smartphone.

He just needs to sketch a few lines on the back of an envelope, and the message is clear. In a nation where the average Malaysian only reads two and half pages a year, his cartoons have maximum impact.

One wonders what happens in Putrajaya, every morning. Many people must be put off their roti canai and kopi tarik breakfast, each time they access the editorial newspage on their smartphone,  and are metaphorically punched in the chest, by one of Zunar’s cartoons.

The most deadly weapon in Malaysia, is Zunar’s pen. No wonder he has been charged several times, to wear him down. Sadly, his detractors have been misinformed. The more they try, the more his following grows.

Instead of charging Zunar, with breaking more laws, the authorities should focus on the issues he has highlighted. 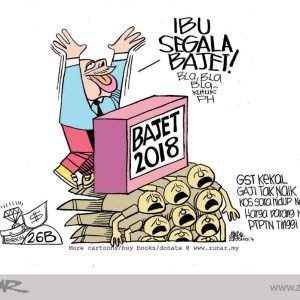 The civil servants, whom Zunar depicts in his cartoons have abused their positions.  So, they  are scared to allow him to travel overseas, where he could spread his devastation.

Zunar is both funny and serious. He knows how to draw cartoons that hurt the most. He is the most feared man in Malaysia. 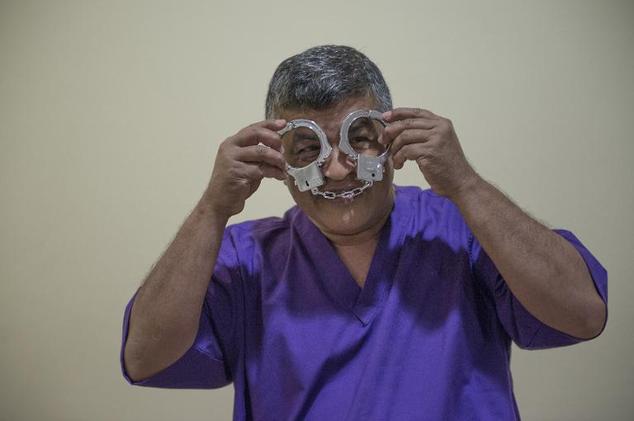 NB: Why the chicken, in the title?