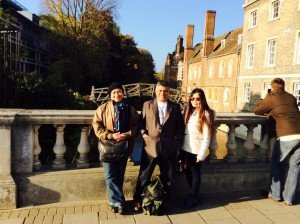 Zunar, Malaysia’s satirical cartoonist, much loved by the Malaysian people, but hated in equal measure, by the nation’s leaders, (and naturally by the Inspector General of Police IGP), is back in London, for his road show, “To Fight Through Cartoons”.

On his arrival, he talks about why he will not seek asylum overseas, and explains how his cartoons have changed over the months and years, to become something which can be labled the “People’s cartoons”.

He said that the government has used the sedition act to silence critics of the government like himself, an ordinary citizen. His trial starts on 6 November, two days after he leaves for Malaysia from London and he said, “Of course, I am afraid, but my responsibility is great. It is important to fight for the people,. for Malaysia”

He explains that his drawings contain the people’s perspective, to highlight their suffering at the hands of the politicians. He says that he uses fewer words to reach out to a wider audience and said, “The message must be clear. Usually, cartoons are 50% technique and 50% the message. For me, my cartoons are only 10% technique and 90% message.

“I probably take around 10 hours to gather my thoughts together, and to compose my ideas, and possibly another three hours for colouring, inking, and to focus. Sometimes, when I suffer a massive mental block, over a period of a few days, I must settle for second best.”

Detailing the importance of the research work, he says, “Yes. I do my homework, my research, find my stand and after all that, the joke, must not compromise my stand and the facts. The message must be in line with the stand and the information.

“I try not to practise self-censorship because I am confident that the facts which I have painstakingly gathered, are correct. I will have the facts to back my drawing. I will always have checked my facts first.”

He dismisses talk that he is under a lot of pressure, despite the nine charges of Sedition slapped on him by the Malaysian government and the possibility of spending the next 43 years in jail, if he is found guilty.

On the contrary, he says that it is the Malaysian government which has been placed under a lot of pressure. Zunar has been adopted by Amnesty International (AI), Cartoonists Rights Network International (CRNI), Committee to Protect Journalists (CPJ) and other international organisations like Reporters Without Borders (RSF).

He talks about the importance of having a cheerful and positive outlook with, “The important thing is not about what you are facing but how you handle yourself. A cartoonist cannot be stressed and must remain positive.

“All I do is to transfer all my frustrations, anger and stress, to my drawings. My cartoons then showcase a piece of work that is well received and accepted.”