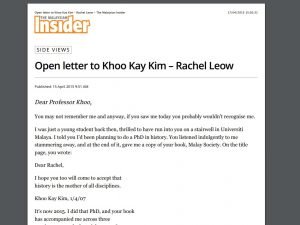 This  Open letter to Khoo Kay Kim – Rachel Leow was sent to me a few months ago. Click here.

I am publishing it today, because the Perak MB, Ahmad Faizal Azumu, is contemplating changing a road name to honour the late Khoo Kay Kim. 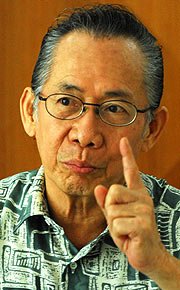 It was in 2011 when I attended a forum called “Peristiwa Bukit Kepong: Siapa Wira sebenar?” (Bukit Kepong incident. Who is the true hero?)

The distinguished historian, Khoo amazed me, and many others, when he announced that Malaya had NOT been colonised.

He accused the audience of having a poor grasp of history and he criticised the education system of this country. He might as well have told India that they too were never colonised.

This forum was to set the scene so that Mat Sabu, whom disgraced Najib had targeted, could be discredited.

Few people will remember the furore which Najib created in 2011.

You can read some of the criticisms at this link https://uppercaise.wordpress.com/2011/09/02/prof-khoo-collaborator-in-media-lynchings/

Every year, Mat Sabu makes the same speech in the run up to Merdeka. For years, his speech did not make a dent.

Except that year. 2011. Basically, Mat Sabu was targeted by Najib and he used the reference to Mat Indera, to hit back at Mat Sabu. This was a speech which Mat Sabu used every year in the run-up to Merdeka. One week after he had made the speech, Najib claimed that Mat Sabu was a traitor and a communist sympathiser or something along those lines. It must have taken Najib’s cybertrolls and publicity machinery to concoct this story in that one wee.

In previous years, nothing happened except in 2011.

To make the attack on Mat Sabu more effective, presumably, Najib engaged the historian Khoo Kay Kim. Otherwise, why would a respected historian make such a mess as this?

Khoo Kay Kim may have been admired because of his work, but towards the end, he became a propagandist for Umno-Baru and in particular Najib. 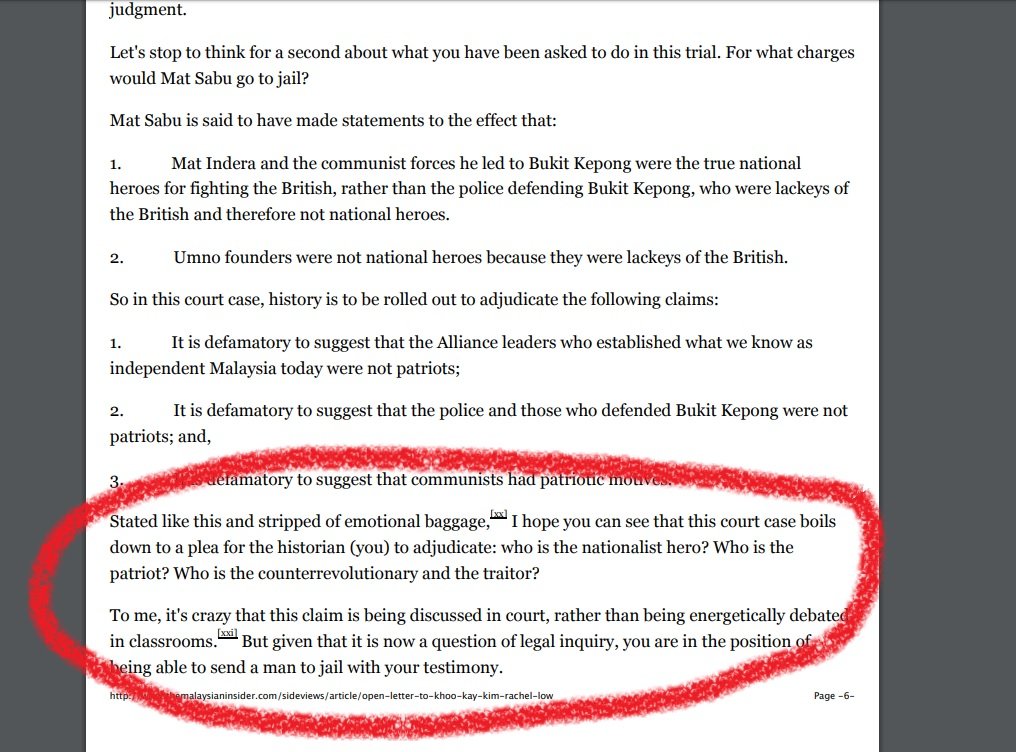 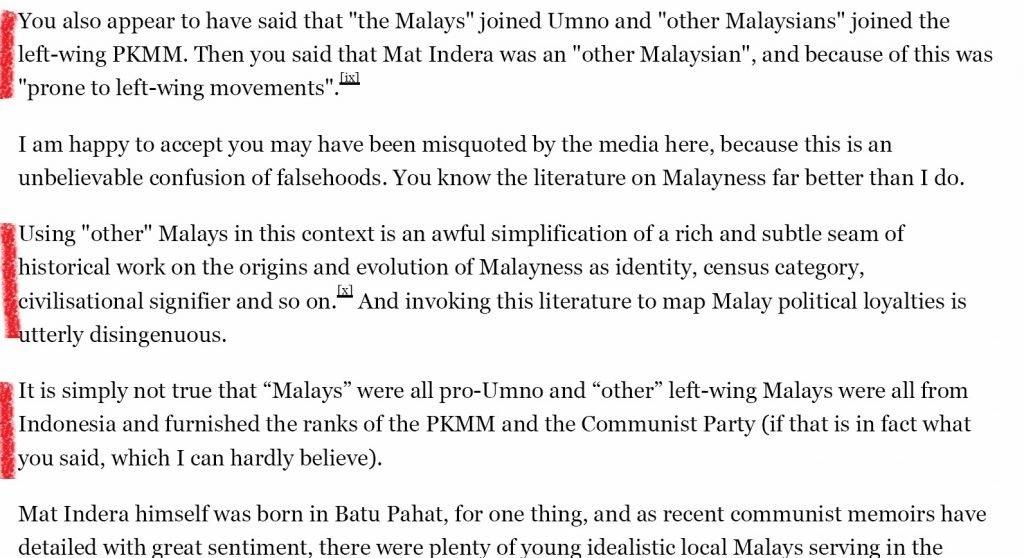 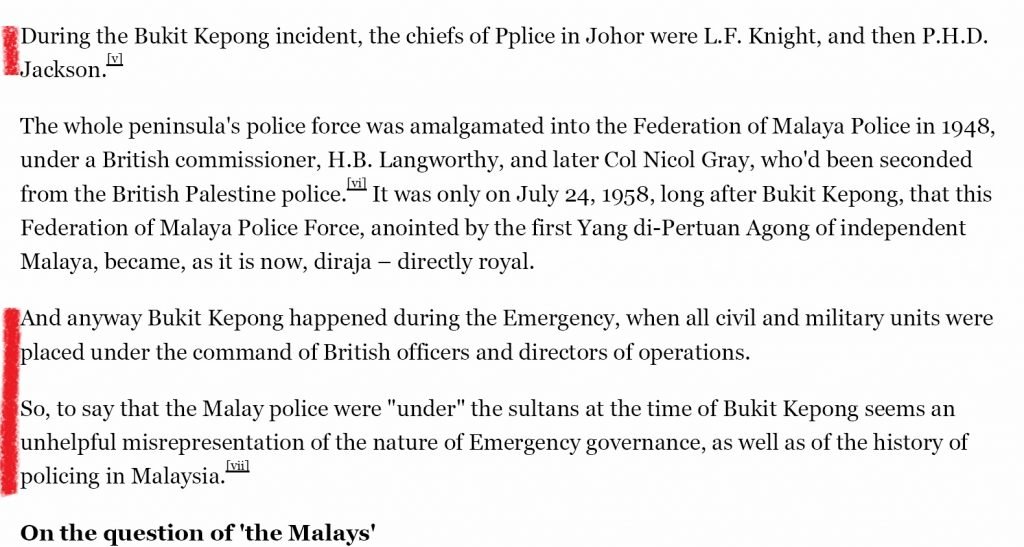 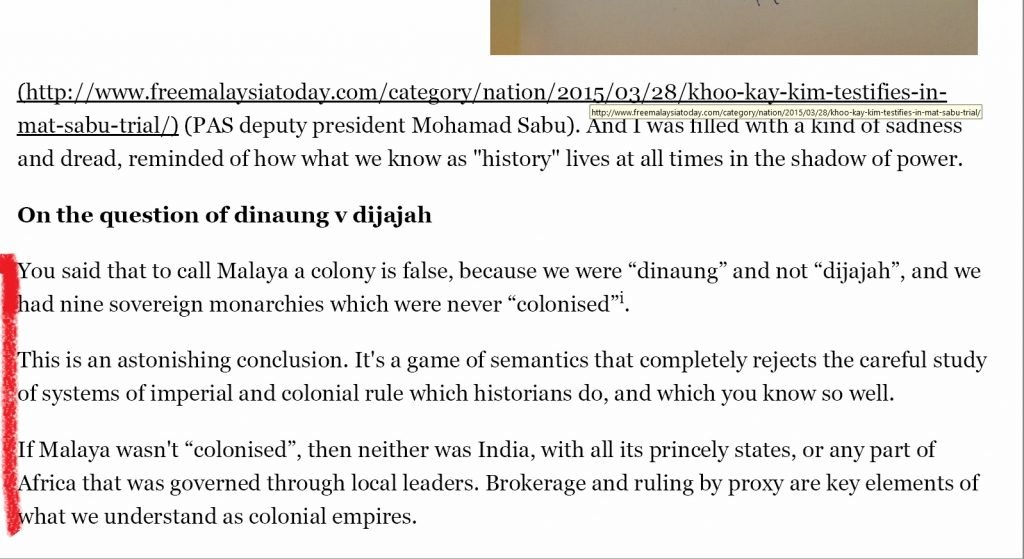 I disagree with road names being changed. Ahmad Faizal Azumu is running on empty.

Why not name a new road, building, or wing of the museum? Or name a bursary after him?

We have renamed so many notable roads, that we have lost touch with our history, because idiot politicians just want to rename everything to get brownie points with the:-

iv) all of the above

v) none of the above

Rachel’s open letter is significant. Do read it.