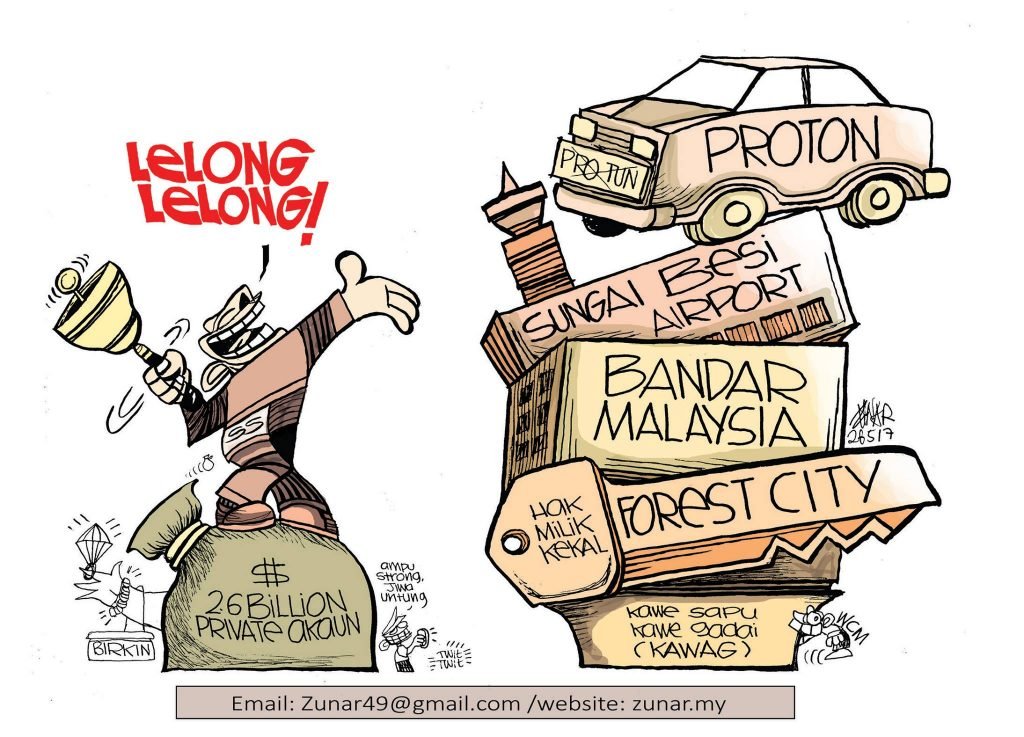 The survey which claims that the rakyat want former PM, Dr Mahathir Mohamad as the alternative PM, must have sent shivers down your spine.

More importantly, it sent shivers down Najib Abdul Razak’s spine. That is NOT good news, for the PM.

So what does someone in Najib‘s position do? One way of destabilising an adversary, is to destroy what he built. In this case, it is Proton. Mahathir’s baby!

What a hypocrite! Last June, Najib said that with Mahathir’s interference out of the way, Proton can soar to new heights!

Now we know. Proton is sold off and the taxpayer who has been subsidising Proton all these years, will not see one sen of the sale.

Don’t gloat too much

Gloat all you want, but you cannot ignore his other message, which is to ask why the rest of Malaysia is also being sold-off to foreigners? The real estate. Big industries. Islands. Bits of rocky islands. Sand. Landed property. Jetties. Heavy industry. Timber. Whole cities. Airports, Ports. That should also be the focus of your worry.

At the other end, is the influx of foreign labour. In some areas, the locals complain that they cannot get jobs, because foreign labour is preferred. Unscrupulous employers exploit the foreign workers, brought in by people connected to our political leaders. Migrant worker imports is BIG business.

Many migrant workers have no EPF, low wages, no insurance, no SOCSO. If they get an injury at work, the reaction is “Tough. Too bad”. In some cases, the foreign workers return in a box, from a whip-round at work. I know that a few, had to be buried in Malaysia, because the employer cannot be bothered to find out who their family members are, and inform them of the death of their relative.

So, don’t gloat too much, because Mahathir’s successor is selling-off Malaysia, bit by bit. That is the real danger which some of you seem to ignore. You gloat, because you despise Mahathir so much, and you end up ignoring the bigger picture….well some of you at least!

Proton’s problems did not develop overnight.

Did you think Proton’s unsuccessful business model and heavy dependence on taxpayer’s money only happened recently, or over the last year? No!

The ministers, including Najib, were given Proton cars when they were ministers. They would not be seen dead in them otherwise, so why did they not stop political interference in their time, under Mahathir and Abdullah Badawi.

They are vocal now. Typical! Why did not protest during Mahathir’s time, that Proton was just Mahathir’s vanity project?

Why did Najib and his peers, appear in photo shoots beside their new Protons? Why did they agree loans for civil servants to acquire these car? Why did they promote it, ignore the safety features, ignore the complaints about windows not winding properly, or that the door seals were leaking? 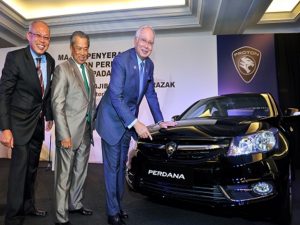 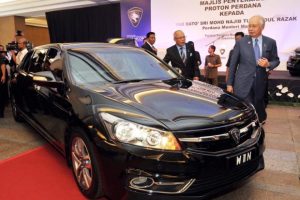 They kept quiet because they were enjoying the perks. They were praised by kampung folks for giving them an affordable car. Whilst these leaders basked in the glory, they ignored the provision of an efficient transport system.

These are the HYPOCRITICAL leaders who when Mahathir was PM, wanted to suck up to him, and said NOTHING about Proton being bad.

I have been Mahathir’s critic since day one, but will you at least look at the bigger picture and acknowledge that Mahathir’s fears, about Malaysia being sold-off to foreigners, is real?

Acknowledging is one thing. Doing something about it is another.

Many of you are reluctant to approach your MP to voice your displeasure at the way things are done and at how our country is governed.

So will you at least go out and get registered to vote? Then, when Najib announces the date for GE-14, will you go out and VOTE?

Don’t tell us that the Opposition are useless. Yes. They could improve, but saying “Opposition blardy lousy” is a pathetic reason not to vote.

Aren’t you concerned your vote will be stolen or used by a migrant worker or illegal immigrant?

Do you prefer to be ruled by kelptocrats who steal taxpayers’ money and use race and religion to shaft you?

Today, Proton is sold-off. Tomorrow more of Malaysia will be entered into the “Mega Malaysia Sale of the Century”.

One day, you may wake-up and find that Malaysia is no more,  but is the latest colonial outpost of a greater super-power.