Yin urges the government to have another look at poverty levels. MPs and ministers are paid fat salaries with perks they don’t really know what is going on down there. 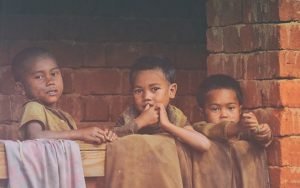 Yin: Haris Ibrahim’scall (FMT 19/9) to the government to look into the plight of the B40 is timely especially in view of the government’s derisory RM50 increase in the minimum wage.

In the first instance I think the government should relook the poverty level. Government’s are notorious for fixing the poverty level to make it look good. The level usually does not reflect reality. For all we know it could be B50 or B60.  But that’s for the independent socio-economists to comment on – never take the government’s statistics as gospel! When MPs and ministers are paid fat salaries with perks they don’t really know what is going on down there. Hence you have our ex-PM telling people to “eat kangkong” which has become as famous as Marie Antoinette’s “let them eat cake”.

Haris is spot on. Get off your backsides and get down on the street.  Leave your duty free car in the house and take public transport to the market, to the slums and kampongs. See how real people live! Then you probably won’t give arm50 increase – you spend more on your dog/cat a month I am sure.

Here are my suggestions to help the 80% of battlers.

First. Raise the minimum wage to a level that reflects the real cost of living.

Raise the minimum wage to a level that reflects the real cost of living. A figure of rm250 has been mentioned.

Yes, the towkays will belly ache, they always do when it touches their pockets. But they don’t mind spending thousands a night on entertainment.

Yes, they will threaten that it will kill jobs, that industries will move overseas. They always do that. Good riddance. It is better to have enlightened companies which will invest in equipment and training and add value to their products than have predators that exploit the vulnerable. At the end of the day, it’s about productivity; if Malaysian workers’ skill level is raised and there is investment in research and in equipment, our productivity will rise. Companies will make more money and there will be more quality jobs.

Immigrant workers is only a short term solution. They bring with them social problems and they send their money back home; money Malaysian workers would keep in the country. 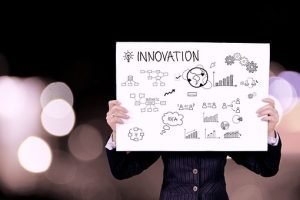 Franchising started in the United States partly because the franchisors saw a quick way to expand. So they devised a system which benefitted themselves as well as their franchisees.

There are many middle-income people who want to start their own business but don’t know how. They also don’t have the experience or know-how. And of course being a first time entrepreneur is very daunting – especially if your life savings in on the line.

Franchising provided the solution. Franchisors provided the know-how, the brand recognition etcwhile franchisees provided the capital and the sweat equity. It is a mutually beneficial arrangement.

Some years back, the Indonesian Government looked into the franchising business with a view to making them more accessible to the small people. We should do the same.

Big companies should be forced to divest their direct holdings in their outlets – except for flagship stores. This will allow more owner/operators to have a share of the cake.

In turn this will spawn new businessmen who might previously have been afraid to take the plunge. This is one way for wanna be entrepreneurs to start in a relatively safe way. 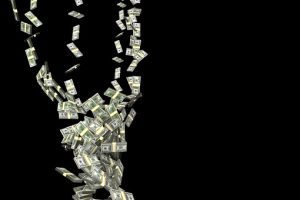 Third. What the government has done for 60 years

What the government has done for 60 years is throw money at the problem (of lifting the Malays). What that has done is to create a class of very rich Malays (and their non-Malay cronies) and a community with an entitlement and dependency mentality. One PM after another tried to create a Malay business class but failed. (Mahathir was the most gung-ho in this respect).

It is worth noting Syed Hussein Alatas’ observation: “. . .  transferring to a group of Malay capitalists business which is thriving and which they did not create is the height of absurdity which has never entered the imagination of even the most fanatical capitalist in the entire history of mankind” (Syed Hussein Alatas: “The Second Malaysia Plan”). Well we know what happened to MAS – no need to talk about the shipping company which sunk and others.

Businessmen cannot be created at the stroke of pen. They are incubated over a long time, tested in the crucible of the market place. For every successful businessman there are a thousand failures and they pay with their own money – not taxpayers money. How does the government hope to create Malay businessmen when they don’t have to pay for bank loans or have thriving businesses thrust on them?

A very successful businessman came up an idea to help the Malays in business. For want of a better name let’s call it the “Buddy System”.

He suggested that Malays (especially in SMEs and SBEs) team up with a non-Malay in a genuine partnership (not Ali Baba) where both are working partners. To encourage this the government give out loans at a lower rate but the loans must be repaid like any other business loans. Both partners are legally liable for the loan.

The advantage is of course, that the government will make sure banks consider such loans more favourably. The non-Malay will benefit by this ‘special arrangement” in getting access to cheaper loans and the Malay will get to learn directly how business is done and perhaps understand the business and work ethics of the others (which have made them successful).

This is an idea that is worth considering I think.

Most of all, let’s look at our B40 problem not as a Malay problem but as a Malaysian problem and provide help irrespective of race or religion.