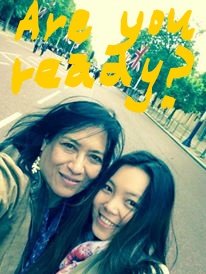 Some of you feel that you’ve been on too many marches and you are fed-up.

If you give up now, you will only signal to Najib Abdul Razak that he can ride roughshod all over you again.

Change is not an overnight process.

If Najib was NOT scared, then he would not be cracking down on all of us…from students, to civil servants, to Bersih organisers.

He has detained Bersih organisers, Maria Chin and Mandeep Singh. He has allowed that rogue, the Red Shirt leader, and thug, Jamal Yunos, is allowed to roam free.

If Najib did not fear for his future and his physical freedom, he would not have allowed Jakim, the religious body which drafts the Friday sermons, to warn Muslims, that going on a march will invite foreign intervention and is against Islamic law.

He has also ordered the arrest of many Opposition MPs.

He has ordered the closure of many roads, surrounding Dataran Merdeka.

All these show that Najib is running scared.

If you don’t walk on 19 November 2016, there may be nothing left for you to walk for, in the future.