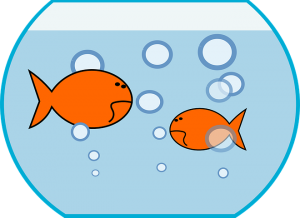 Anyone who wants to enter the political arena must understand that they will be subject to intense questioning and live in a gold-fish bowl. Politics is not for the faint-hearted.

Becoming a politician is not meant to make one rich, but judging by the number of court cases involving Umno-Baru politicians, on charges of money laundering, criminal breach of trust (CBT) and abuse of power, for them entering politics was better than winning the lottery.

They fixed the gaming tables, they manipulated the bets, they rewarded themselves with the winnings; but the 14th general election (GE14) changed all that.

Today, anyone in politics had better grow up and realise that the days of a compliant and docile electorate, which bends, bows and scrapes to their will, are gone.

Last week, PAS vice-president Mohd Amar Nik Abdullah told his party members to stay loyal and follow orders from the leadership, without asking too many questions.

*This was followed, a few days later, by PAS president Hadi Awang, who warned non-Muslims to stop commenting on issues related to Islam and the Malay rulers. He said these issues “involve hukum(Islamic laws) which is not related to them (non-Muslims) at all, including the royal institution”.

He claimed that it was dangerous for non-Muslims to comment on these issues on social media because it would confuse the younger generation.

No, Hadi! The younger generation is not confused. The only one who is confused is Hadi.

Despite his age, Hadi does not appear to be any the wiser. A leader inspires and unites the people, but all Hadi does is to divide multiracial Malaysia.

Throughout his tenure as president, Hadi has confused the Malay community and reinforced his ideas with threats of fire and brimstone in the afterlife.

Then, as a matter of convenience, Mohd Amar tells us not to question our leaders.

Scientists and inventors make massive technological advances because they question why a method works, or fails, before perfecting their technique to ensure success. Lawyers ask questions to scrutinise the facts and obtain the truth, but only a man of religion can waffle on and on about nothing of substance. 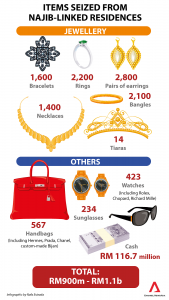 Are we meant to keep quiet when we suspect our leaders are corrupt? Should we not demand to know why PAS was given RM90 million by Umno-Baru? Are we not eager to learn whether the money was from haram or halal sources? Does conflict of interest mean anything to PAS?

When a leader does the opposite of Robin Hood, by robbing the poor to reward his cronies and improve his lifestyle, should the electorate keep quiet?

PAS tells us loyalty must be accompanied by our silence. The culture of not questioning others has already crept into our private lives. A woman cannot question why her husband has taken a new wife. The public cannot ask why a man who sexually molests an underage girl, is later set free. Or why the murderer of a maid is released. The parents of an underage girl cannot question who made her pregnant, save to marry them off.

Malaysians have every right to question the religion and their rulers, if they notice something wrong. They did so when land was sold cheaply to businessmen from the People’s Republic of China. The public were protecting Malaysian interests, but did Hadi voice his objections? 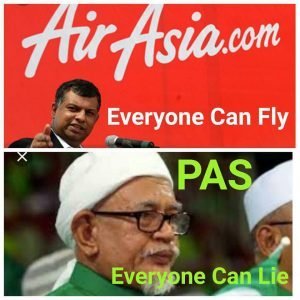 *When Jho Low did dodgy deals with the disgraced former prime minister, Najib Abdul Razak, many Malaysians spoke out. Did Hadi? 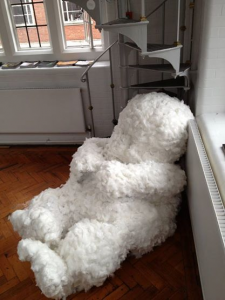 We wrap Malay children in cotton-wool. Pass marks are lowered for them at school. They are awarded the best scholarships and places at local universities. Malay children are enrolled in tahfiz schools, where they are denied a rounded education, and the knowledge to contribute to society.

Malays are slighted by the smallest provocation, but they are free to insult other religions without serious reprimand. Many Malay leaders cannot handle criticism (remember how Najib reacted to the Al-Jazeera interview with Mary Anne Jolley?) and anyone who dares is charged with sedition, or deported if they are foreigners. 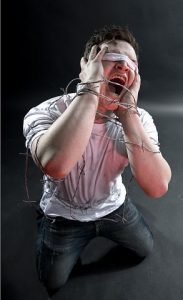 Nature ensures the survival of the fittest. Malays who are wrapped in cotton wool and fed an elixir called “denial” will become extinct, sooner rather than later. Meanwhile, the non-Malays are isolated by a metaphorical barbed wire fence.

The Malay peninsula has enjoyed centuries of peaceful co-existence among people of different faiths and cultures, but people like Hadi, and parties like PAS and Umno-Baru, know they can capitalise on conflict.

The royals are aware their role is limited, but Hadi knows how to stoke some fires, so he applies Najib’s “You help me, I help you” law for his own job security.

People like Hadi have nothing to offer beyond the two 2Rs (race and religion). He is only thinking of his self-preservation.

The Malays will flourish and Malaysia excels only when people like Hadi and his ilk are dropped.

The sooner Hadi and the PAS vice-president are put out to grass, the better will it be for the Malays.

The social fabric of Malaysia is paper-thin, thanks to religious indoctrination and racial intolerance, but these two men complicate matters further. Leaders unite. These men divide. 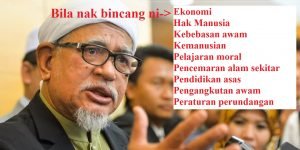 When will Hadi start talking about things that really matter to Malaysians, instead of continuing to scare Muslims and talk about hudud, tudung & aurat.