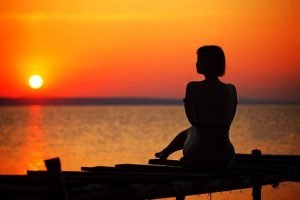 Yin wonders if there is a new dawn coming? Do you agree with him?

Yin: Manifestos are nothing more than shopwindows offering candies to the gullible. And Malaysians are gullible! How else we are duped election after election with promises that are not kept and yet we believe them the next time elections come round.

Dr Mahathir Mohamad now offers two more public holidays if PH wins! More holidays? We already have more public holidays than many countries’ workers have annual leave. With the holidays, the hours we work especially in the public sector – minus the tea breaks, pre-start-of-work breakfast break, the pace at which they work I wonder how many hours of real work is done.

Can our country progress, much less compete with countries with better work ethics?

Yet, Mahathir offers more public holidays! He knows it is wrong; being a workaholic himself. But what to do, Malaysians want to be bribed mah!

UMNO/BN’s whole manifesto is a list of bribes. First they take from the FELDA settlers now they give them back (what is theirs in the first place) and expect gratitude. But yes, people are grateful – we are gullible!

But should the sitting government have an election manifesto? Isn’t it’s record the best manifesto it can offer.  UMNO/BN has sixty years of manifesto and it does not look good. But Najib is not to blame for most of it – Mahathir is responsible for one third of it. But what is UMNO/BN’s manifesto under Najib? Murder, Theft, Abuse of Power, Devaluation of the Ringgit, just to name four.

Can we vote for such a party again? Yet, there are those who will because of the goodies thrown their way. A poor man in the longhouse given enough tuak and money will forget about the broken promises of piped water and electricity. A poor man in the kampong who eats salt fish and kangkong with sambal and a little rice will sign away his rights for a fist full of ringgit.

This is the reality, folk!

We can’t blame our country cousins.

But what about the urban areas? Surely the city slickers should know better. Yes they do, but they don’t care – two public holidays – great! No rise in petrol price (for the duration of the election anyway), great! More low cost houses – okay. But why only now? Bribe lah. Najib’ s manifesto is his track record and it’s not good enough to give him another term.

What about PH? They have said they would fix certain things. To be fair PKR, Amanah and DAP have not had a chance to make their mark in government. But PPBM has when their leaders were running the show.

Mahathir’s abuse of power and mishandling of the country’s money is worse than Najib’s – but then he had twenty two years to do it.

But the argument is that now there is PKR, Amanah and DAP to keep an eye on things. We shall see.

None of the parties have offered Malaysians a vision of our country’s future. What will our country be? How do we gear ourselves up to compete globally – better education, English medium, vocational training,  merit based education, adding value to our products, higher productivity (less holidays, yes less holidays!), race free affirmative action policies, better public health care, better policing.

A country united by a common dream – not a Malay or Indian or Chinese dream.

Mahathir apologists say give him another chance. PH supporters say give them a chance.

The old guard politicians have had many chances.  We know their politics. They cannot be trusted.

The only reason to vote PH is so that the young turks can get a chance to show what they are about. Our future lies in the hands of the next generation of politicians – the ‘clean skins’ .

Good for her that Wan Azizah is showing her steel. There are those who think she is not good enough but I think they judging her on the basis of the old politics of deal making, compromises and party factions.

These people need to break away from the stereotype- be radical in their choice.

A reason to vote PH

Wan Azizah has integrity and that is more than one can say about the old guards. With the right team behind her I believe she can deliver us from the old politics. Deliver a brand new start away from bribing the voters, playing race politics, to doing what is good for the country even though some policies may be unpopular at first. The honesty and courage to do what is right, not what is popular.

We have young politicians like Rafizi, Tony Pua etc and we have those outside of party politics like Haris Ibrahim, Maria Chin Abdullah, Ambiga who should be given an official role. These are people with ideals, principles and are not tainted by corruption or abuse of power.

This is the only reason to vote PH.

To give our country the chance of a brand new start, a radical change from the old ways.

To replace UMNO/BN with more of the same would mean that we have used up our vote for nothing.

INVOKE  has thrown up thousands of Malaysians (many young) who want something better. Not just better than Najib; but better than Mahathir and all the years the wasted years we have squandered our money and abused our rights.

Most of these volunteers are not party political. They have nothing to gain like the politicians. They do it because they love their country.

What kind of Malaysia will we have come 10th May?