The last time we heard (2013), the Perak mufti, Harussani Zakaria, said that cinemas should not be allowed to have sofa seats  because people will only go there to beromen.

He wanted the Perak state government to revoke cinema licences, because “Muslims only frequent them only to indulge in “hanky panky””.

So, what will he do, should Malaysian cinemas import the latest trend from Switzerland?

These are cinemas with double beds! 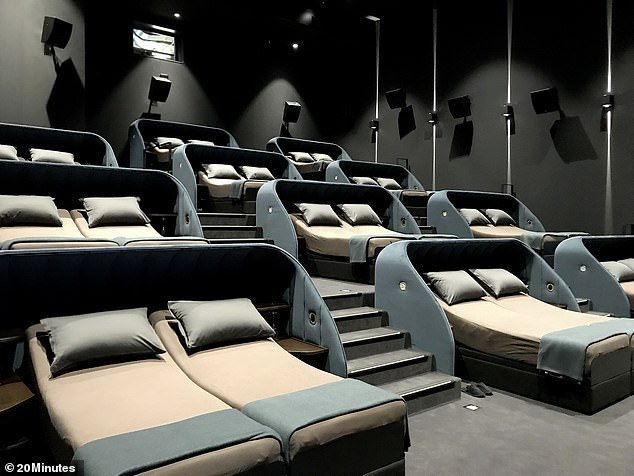 The photo shows the ‘VIP bedroom’ inside Cinema Pathé in the northwesterly municipality of Spreitenbach which is close to the Swiss-German border.

The cinema operators dismissed concerns about hygiene and inappropriate activity taking place during the film show.

Venanzio Di Bacco, the CEO of Pathé Switzerland, said that the sheets will be changed between every single film, because “‘The hygiene aspect is very important to us.”

There are 11 double beds and each is equipped with an electronically adjustable headrest.

A ticket costs the equivalent of RM200 whilst a normal ticket is RM80.

NB. I do not watch films  and have not visited the cinema for decades so perhaps, double beds in Malaysian cinemas are already common. Are they?