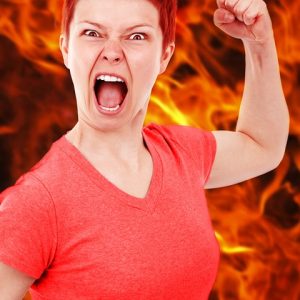 The Malays, like other Malaysians, are angry about corruption, cronyism and injustice.

Fuelled by what they read in the news (not TV3 or Berita Harian) they will vow to change the government.

Then, in the final lap towards GE-14,  extremist NGOs will whip-up anti-Chinese and anti-DAP sentiment.

For the more insecure Malays, their resolve for change will falter. Malays call this “goyang” (being shaky)

What happens? The insecure Malays change their minds and vote Umno-Baru/BN.

When former Ambassador Noor Farida Ariffin of the G25 group, was asked last April, whether one could counter the insecurity of these Malays, she said, “It’s not just extremist Malay NGOs who are whipping up anti-Chinese and anti-DAP sentiment.

“Even the prime minister, has been going around asserting that only Umno-Baru can protect the Malays.

“The urban Malays can see for themselves just how hollow this claim is, especially in light of  the daily revelations, by the Sarawak Report and the Wall Street Journal, about the 1MDB scandal and the way that Najib and Rosmah are spending millions of the rakyat’s money on  luxury items for themselves.”

The former ambassador described the anger felt by Malays, about Tabung Haji, the Malaysian Hajj Pilgrims fund board.

She added,  “The fact that SRC, a subsidiary of 1Malaysia Development Berhad (1MDB) sold land which they had acquired cheaply, to Tabung Haji at an exorbitant price, has not gone down well with either urban or rural Malays.

“Many Tabung Haji depositors have withdrawn their deposits from Tabung Haji, to protest about this transaction.

“To add insult to injury, Jamil Khir, the Minister for Religious Affairs has threatened those who have withdrawn money, with a 70 year wait, to perform the Haj.

“The GST is causing economic hardship for the poor Malays. They blame the government for this.

“In contrast they see Najib and Rosmah flaunting their wealth. In my view, Umno-Baru will have a hard time to win Malay votes, at the next GE, despite fear mongering by Umno-Baru.

“The Malays now have alternatives in PKR and Amanah. Many PAS supporters apparently are now joining Amanah.  The DAP is also trying to attract more Malays to join, in an effort to rid itself of the image of being a Chinese chauvinist party.”

Is Noor Farida right, when she said that Malays will vote DAP?