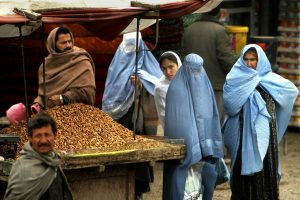 You are wrong to think that hudud will not affect the non-Malays. Historical and cultural treasures, like the Bamiyan statues in Afghanistan and the ancient Sufi shrines in Timbuktu, Mali were destroyed because they were perceived as idols.

Back in Malaysia, in 2014, retired judge, Mohd Noor Abdullah criticised the statues outside Batu Caves and the Buddhist temples in Penang. What’s his gripe?

The women of Afghanistan have to fight for the right to an education. Saudi women are banned from driving.

The women and children of these countries are frequently abused. The Muslim countries with hudud are not free of rape, incest, adultery or corruption. Malay women had better think hard about their future.

Do you know of any strict Muslim countries where the people are not oppressed or are not trying to escape to the west and claim asylum?

Divorced Malay woman confide that syariah laws are discriminatory. Many of them fought expensive and time-consuming battles to get what is rightfully theirs, but most gave up halfway.

First wives complain that their husbands marry again, without first obtaining their permission. Men look for loopholes in syariah laws whilst women claim that the laws are poorly enforced. A fine of a thousand ringgits for the men, is not a deterrent.

The Malaysian judiciary was compromised in the 1980s and today, most cases are “won” by the highest bidder. We don’t have faith in the civil law.

So, why should we trust the syariah law, where the more powerful voices invoke the name of God to force others into submission?

There have been several miscarriages of justice, so it would be wrong to consider hudud. Once a limb is gone, it cannot be regrown.

No one need envy the Malays

The Malay are the most oppressed, most despised and the most restricted race in Malaysia.

The Malay emerges from his mother’s womb, a Muslim, whether he likes it or not.

If he tries to speak a language other than Malay, he will be told that he is unpatriotic. He dare not voice his thoughts, for fear of being accused of blasphemy. He will not eat in a non-Malay restaurant or visit a non-Malay house for fear that he will consume something haram.

Malays are refused entry to a Church if they want to pay their respects to a Christian friend who has died.

Malay men may have his eyes and heart, set on a non-Malay girl, but they are forewarned that they are courting trouble. Malay girls cannot be alone with their boyfriends, lest they be accused of “khalwat”. Malays can’t visit a friend’s house for Christmas, Chinese New Year or Deepavali because some mullah has deemed it un-islamic.

If the Malay woman is single, she would be well advised to make a will, in case she dies before her parents, as it is alleged that the state religious body has more rights over her estate, than her parents. Perhaps, someone could clarify this very disturbing point.

Most sane and civilised people do things without suffering consequences, unlike the Malays. Their religious indoctrination is reinforced at Friday prayers, where they are forced to listen to political, rather than community based sermons.

Umno-Baru keeps harping on about being the only party which can protect the Malays. Protect them from what?

Umno-Baru politicians say this because they are anxious about Malays rejecting Umno-Baru and joining PAS, thus diluting the Malay vote.

It is all about votes. Votes mean power (to dictate terms), control (of businesses), money (to siphon-off).

PAS is playing a dangerous game, when promoting the implementation of hudud. Malays who disagree with hudud, will rush into the arms of Umno-Baru. Both the Malays and non-Malays must oppose hudud.

Hudud will signal the end of Malaysia as we know it.

We cannot tackle large scale, open corruption, cheating and murder. Our judiciary is compromised. And yet some of us want hudud for crimes covering theft, fornication, adultery and alcohol consumption.

Are we to end up like Iran or Afghanistan, with public hangings or stoning in which people are seen lusting for more blood and violence? Countries with hudud have not stopped rapes or adultery. Let’s go to the nation and have a referendum on hudud.

Let’s have a proper debate, covering all the major stakeholders, like bankers, investors, human rights NGOs, educationists; and then let the people decide.

Yes. Hudud is a slippery slope to hell. On earth.