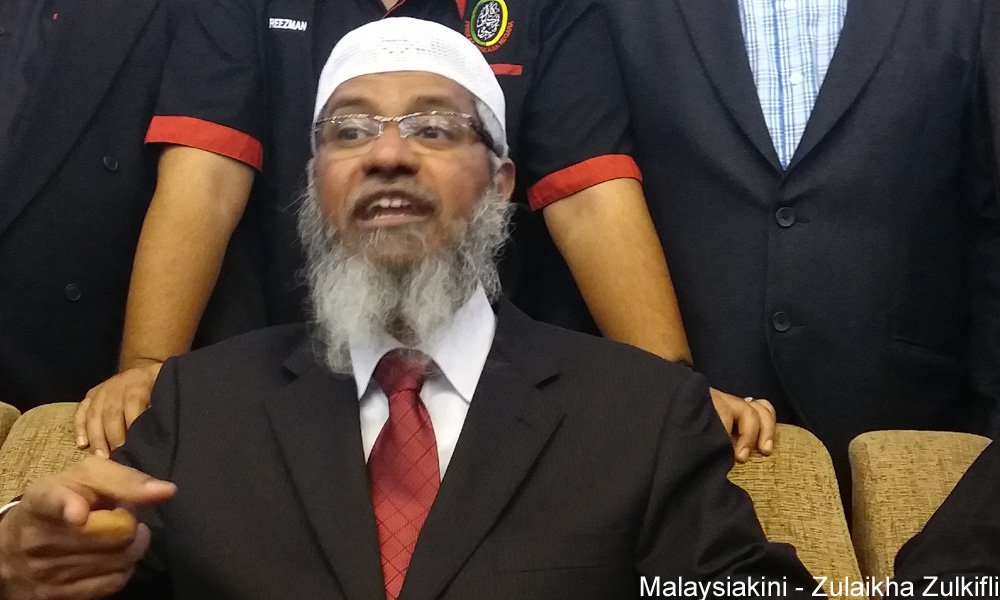 In Malaysia, when it comes to obtaining a MyKad, two rules apply. One for those who have the right cable, and then, there’s the rest.

Ragad Waleed Al-Kurdi, the wife of the Sarawak governor, Taib Mahmud, voted in the Sarawak election, on 7 May 2016. This can only mean one thing. Ragad has a Malaysian MyKad.

The sad thing is that foreign spouses of Malaysians, undocumented Sarawak indigneous people, Orang Asli from peninsular Malaysia, and Indians from the estates, are still waiting for their MyKads.

What Malaysians were not aware, was that five years ago, Zakir Naik, the controversial preacher of the Umno-Baru brand of Islam, had been granted “permanent resident” (PR) status. How did he qualify for PR?

The wife of a friend died the other day. They had been married for over 40 years and have three children. She is English, he is Malaysian. They have lived most of their lives in Malaysia, in a small town on the outskirts of Ipoh, in Perak.

She had tried, unsuccessfully, for decades, to get a MyKad. She is the only child of parents who were themselves, only children. She had no real family, to speak of, in England. Her parents were dead and the distant relatives meant little to her.

My friend was increasingly worried. They were both getting old, but he feared for his wife, if he were to die first.

Would the authorities ban her from staying, after his death? Would his wife have to leave Malaysia? She could not return to England, because she had no friends or family there. She had friends and his family, in Malaysia. Malaysia was home for both of them.

In the initial stages, when they first moved to Malaysia, after graduation, they had to visit a border town every few months, to obtain a visitor’s social pass, so she was eligible to stay.

Later, they managed to get an annual social visit pass.

Her requests for a MyKad, or for Permanent Residence, fell on deaf ears. Although they filled-out the forms, there was always something not quite right with their application. They were never told what was wrong, they were just told to fill a new set of forms.

Sometimes, she wondered if the requirements changed according to the immigration clerk’s whims and fancies. They knew not to make a fuss, because they had heard from other friends, who lodged a complaint, that doing so meant their form would be put at the bottom of the pile, or worst still, be “lost” in the system.

Her wish was never fulfilled

The lady who just died was a graduate and a professional. What a pity the government could not make the couple happy and grant her last wish, to own a MyKad.

I know other professionals married to foreign professionals, who have left Malaysia, despite years of trying, because they did not have the right cable to the top. Whereas, the illegal migrants are given citizenship, in exchange for votes. Or be like Zakir Naik, who preaches hate and intolerance, just what Umno-Baru wants.

Professionals have been denied the opportunity to help build the nation. My friend and her husband wanted to contribute towards nation building. They were not a burden on the nation’s resources.

Shame on the leaders and the immigration officials for failing its own people.