Multatuli, a resident of Kampung Kencing Gajah, is concerned about the integrity of our leaders. He scrutinises the performance, of both the Menteri Besar and Mayor, and tells them that they should leave, if they cannot do their jobs. Both lack vision and imagination and in the short life of this PH Perak Government, we have seen numerous problems. 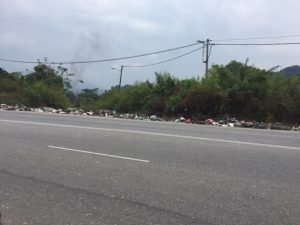 It’s not the skyscrappers or the neon lights or the public transport; we have that in KL too – not so nice but boleh tahan.

What struck me was how clean and orderly the place is.

You would expect that with people crawling like ants and living in multi-storey ant hills there would be chaos and dirt all over.

Ant is a suitable analogy because ants are hard working and they are very clean and tidy. 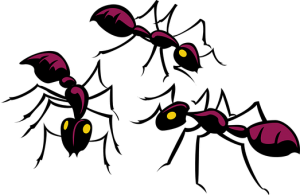 In Hong Kong it seems that every community has a rubbish compacting center. The nearby rubbish are taken there to be compacted into neat bundles and disposed of. There is no smell; no flies; no rubbish strewn about.

That made me wonder: If Hong Kong which is so much bigger than Ipoh can do it why not us?

Was it a year or two back that  Ipoh was declared the Cleanest City in Malaysia? I laughed when I saw the banner.

Who declared it? And if voted; then who voted it? If Ipoh is the cleanest town then woe be to the rest. In this case Hong Kong would be the heaven of cleanliness!

Accolades given cheaply is worth nothing. Banners delcaring that it is the Cleanest City does not make it so.

Do you depend on public transport to get around?

Not all of us are like the rich politicians; bureaucrats and towkays. Some of us depend on two wheels to take our family of four around. (Thank Allah for understanding mata2). But some places are too far or has too much traffic like in town so we can’t use our two wheeler.

So the bus is the only alternative. Have you every tried taking a bus? You wait and wait and wait and waste half your day waiting. So to go to town for one or two hours to lepak mall and window shop (especially in this heat we enjoy the free aircon lah) we need to allow a whole day.

And have you tried the taxis? Dirty and broken down 30 year old Proton! The taxi drivers are rude and the price is high.  Thank God for Grab but then Grab don’t go to kampung areas lah. Alamak kampung boy get whacked again! 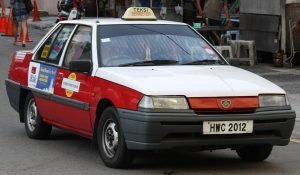 The Kinta River Walk which should be something we can be proud of is nothing but a public path where weeds and rubbish compete with each other for space. The attempts by the government to gentrify it has turned out to be a waste of money – galleries and eateries are abandoned and sometimes vandalised.

The Kinta River itself which is a great natural asset for the town is nothing more than a sewer. Another city run by a more imaginative and visionary Mayor and State Government would have turned it into a tourist draw.

The People’s Park which was once a lively place (in the old days so I am told) has morphed from City Hall’s idea of a nice Malay Garden into a Nasi Kandar monopoly to a Kambing Bakar monopoly with broken playground equipment.

The Seenivasagam Park (Coronation Park) which was once the place where courting couples meet is now bare  and grossly underused. With the religious police all over who dares to even hold hands or sit together on a park bench.

First we blast our hills for peanuts (these companies many of which are foreign and couldn’t care less if they leave behind a rubble of stones) and then we desecrate them further by allowing skyscrappers to be built right next them them. This is visual vandalism! First we allow The Haven and now we have Sunway following suit. Before long we will have high rises blotting out our hills.  Our hills belong to everyone – not just those who can afford to live in those expensive condominiums.

In more enlightened countries this would not have been allowed.

I hear the cry of “we need revenue” and “we can’t stop development”.

1.  We can get more money through tourism than selling our limestone for peanuts. Once our hills are gone they are gone!

2.  Ipoh has lots of land; why do we have to building close to the hills? In fact the land around our limestone hills should be developed into public parks for everyone to enjoy. It’s not a case of “development” versus “no development”. We can have both – it only needs a little imagination instead of a sell-out to the towkays.

3.  Our river can make us more money as a tourist attraction than as a giant longkang (drain). 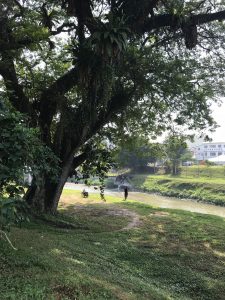 If the MB and Mayor cannot perform, they should let someone else take over

Dear Menteri Besar and Mayor if you can’t do your job let someone else who can; do it! If you lack vision and imagination pull people who have into your cabinet.

In the short life of this PH Perak Government we already see problems. Regarding the reforestation project how come a RM2 company turned RM500,000 company was given the project?

In the first place the captialisation of RM2 should have set off alarm bells.

And secondly was open tender called? Or has the DAP’s CAT exhausted its nine lives?

I am not bothered about whether you have one or not (I don’t have one either); I am concerned with your integrity. Many leaders including those in business do not have university degrees – nothing to be ashamed of. The prefixes and suffixes to the name do not make the man! It’s what he does and what he stands for that defines him!