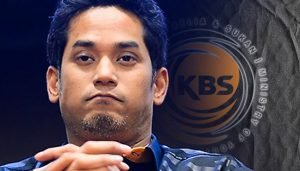 We all know how important free and fair elections are to the economy of this country and Sports Minister, Khairy Jamaluddin’s remarks about Bersih 5 betray this.

By announcing his support for the Red Shirts, Khairy has committed the worst crime in politics; he has put his personal gain before what is right for the rakyat, he was elected to serve.

Sometimes, the pressure of living up to the prestige of an Oxford degree, can produce disastrous results.

This is what happened last week; Khairy told the police to block off all roads leading to Dataran Merdeka and warned Bersih not to go ahead with their planned march, on 19 November.

Khairy said, “They (red-shirts) just want to show that they are against Bersih. If Bersih did not do anything, then for sure the reds will not retaliate and so the onus is on Bersih.

“The best way would be to not allow Bersih 5 to take place.”

Does Khairy read the papers?

The Red Shirts leader, Jamal Yunos, on his release from a two day remand, announced that his outfit has declared an all-out-war on Bersih. A few days later, Jamal threatened that there would be bloodshed.

First. Why does Khairy not demand that the IGP arrest Jamal? The IGP said that Jamal was merely playing around with words.

Second. Does Khairy understand that Bersih advocates, free and fair elections and clean, transparent governance? Bersih exists only because his party and his government, play dirty politics and employs thugs to disrupt the peace.

The Election Commission, with its fake indelible ink and gerrymandering, acts as a poodle for Umno-Baru. That is why the rakyat embraces Bersih.

Khairy told Sinar Harian that he feared  a repeat of Bersih 3, in which agents provocateur were used to provoke the protestors.

He said, “We do not want incidents like what had happened during Bersih 3 to repeat itself. There were a lot of extreme acts at the time, including the flipping of a police car and shops being broken into. (sic)

In Bersih 3, the police used tear gas and water cannons. When people ran to escape the debilitating effects of the gas and water, they had no choice but to breach the barricades. The police car was overturned to rescue an injured person who was trapped under the car. The policeman who drove that car, was protected by a group of protestors.

Does Khairy remember the brute force used by the police on innocent protestors and journalists?

Dataran Merdeka belongs to the rakyat

Dataran Merdeka is not the private property of Umno-Baru or the government. Umno-Baru must not treat the rakyat like juveniles.

Khairy’s incorrect assertions about Bersih make people doubt him, despite his degree from Oxford University. They can smell the fear in him and his Cabinet colleagues.

They cannot continue to keep their heads buried in the sand, or keep one eye closed to the injustice, corruption and abuse of power, in Malaysia.

Khairy’s remarks only show that the impact of social media, to mobilise the crowd to march to regain their democratic rights, frightens the leaders, who have wronged the rakyat.

He warned Umno-Baru Youth members, who wished to participate in Bersih 5, that they would face disciplinary action.

He then gave his approval for them to join the Red Shirts movement.

Khairy has much to learn, before he will be able to distinguish right from wrong. Threatening people, robbing them of their democratic rights, cheating at elections, and stealing the taxpayers’ money are wrong.

The rakyat are neither stupid nor ignorant. They do not need an Oxford education to know good from bad, fair from crooked, or just from unjust.