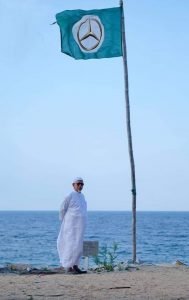 If Wacky-Paedia were to produce a geographical guide to denote the various subsets of Islam throughout the world, it would look like this: The Saudi Arabians have their Wahabi Islam, Afghanistan has its Taliban, Syria has Isis, Egypt the Muslim Brotherhood and Turkey has the Dervishes. Not wishing to be outdone, Kelantan’s leaders have “Mercedes-Islam”.
https://www.youtube.com/watch?v=46xXZGBT_gU

“Mercedes-Islam”, as practised by Kelatanese leaders, is one in which power is glorified and the state’s finances are used to benefit the leaders. In simple terms, the “people come last”.

If disgraced Najib Abdul Razak can pull off the 1MDB saga and escape censure for years before being caught, Kelantan’s leaders probably imagine they can do the same. Where is the outrage of the Kelantanese public?

Are people fearful of criticising their leaders, especially those who don white robes, wear white skullcaps and litter their speeches with Arabic phrases?

Perhaps there are no protests because of the deference of Asians?

Bizarrely, some people think, “biar papa, asalkan bergaya” (it’s ok to spend and waste one’s money, as long as one can look stylish). The rakyat remain poor, unlike the leaders.

What he said was not new, because 14 months ago Mohd Amar tried to silence his critics, in particular the Kelantan Pakatan Harapan chief Husam Musa, with a similar statement.

Husam had admonished the PAS government for spending beyond their means; buying a new Mercedes-Benz car for the state secretary.

In September 2018, Mohd Amar said, “It’s all about saving the state money. It is a necessity, not a luxury. It’s only one car. We’re not changing the entire fleet of cars.”

Kelantan is the poorest state in West Malaysia.

Fast forward to January 2020, we see Mohd Amar has broken his pledge because the state has purchased new Mercedes-Benz cars for the MB, his deputy, the state secretary and members of the state executive committee. Fourteen cars in all.

The state secretary probably boasted about the smooth ride and other features of his new car, so members of the state executive committee became envious and demanded their Protons be scrapped and that they too should have Mercedes-Benz cars.

Mohd Amar’s critics continued their assault on the state’s purchase of an entire fleet of Mercedes-Benz, so he said, “They’re safer.”

We remained unconvinced, so he tried to pull more wool over our eyes and said, “They’ll be cheaper to maintain.”

What? Is a Mercedes cheaper to maintain than a Proton?

Four brake pads for the MB’s V-6 S450 L AMG, with its top speed of 155mph probably costs as much as a secondhand Proton. I haven’t mentioned the cost of the tyres, yet!

The annual service by a Mercedes garage will cost an arm and a leg. Or is the local Mat Rempit going to service Kelantan’s official Mercedes cars, in a “shade-tree” garage?

Who is Mohd Amar (below) trying to kid?

After a week, searching for another suitable retort he said, “Security. The reason we need Mercedes-Benz cars is because of security issues.”

Does the Kelantan MB need protection from terrorist groups? Or the DAP? Or remnant geriatric communists from their late leader Chin Peng’s band of guerrilla fighters? Or capitalist Americans? Or the Israelis? Or Christian evangelists? Who?

Perhaps, he feels threatened by Muslim women who would like to lobby him to ban child marriages in Kelantan. He needs a fast car, for his getaway.

Is the MB’s Mercedes armour-plated like US President Donald Trump’s Beast? Will the Kelantan MB spend more of the state’s petroleum revenue on equipping his three-litre, V-6 S450 L AMG with missiles to ward off attacks? Are the windows bulletproof? Are the tyres specially reinforced so that they can still drive if punctured?

A car with its multiple safety features is no good without a capable driver. Are they part of his security team?

“Mercedes-Islam” has led to a two-tiered state. Cinemas are banned, the mingling of the sexes is frowned upon, women have to cover up to maintain their purity, but the men can nip across the border to sample the fleshpots of southern Thailand. Perhaps the Kelantan MB needs a fast car to cut the journey time to Thailand.

Kelantan is a land of contrasts. The heart and minds of the people must be kept clean and free of impure thoughts, but if one looks around Kota Baru, one will see that the streets, drains and beaches are filthy.

The Kelantanese people live in poverty, while its leaders live in the lap of luxury. “Mercedes-Islam” has not brought benefits to the people of Kelantan because the “people come last”.

To add insult to injury, the council rewarded its leaders with a RM50,000 bonus each.  Again, where is the outrage from the people of Kelantan?

Kelantan people deserve better. They are told to “buy Muslim products first”, but their leaders enjoy the best in Christian engineering technology.

The Kelantanese are being taken for a ride. Only they have the power to change their leaders.

One Kelantanese said, “Perhaps the leaders will get faster to heaven in their Mercedes-Benz.”

(NB. Photos are from Malaysiakini and/or FB friends)