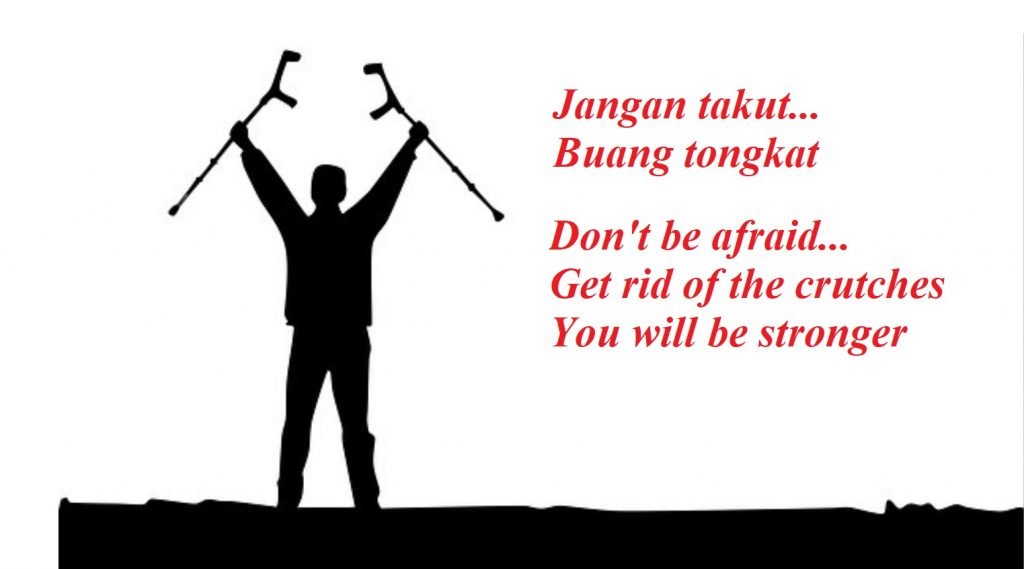 “Alcoholics Anonymous” (AA) will only work with those who approach the organisation, of their own volition. AA will not help those who are referred  by family members or friends.

The same is probably true of other addictions. If the person who is affected wants to seek treatment, he can only do so, if he wants to cure his problem. Others cannot do it for him, and it will be a waste of time to encourage him to seek a cure. That person must do it himself.

A parent who spoils his children will find that they will never become independent. When they do not get what they want, they will blame others. This has happened to many Malays.

Whilst it is true that the affirmative action policies have created an enormous Malay middle class, it is a pity that many of the middle-class Malays are also silent about the many injustices and abuses of power. 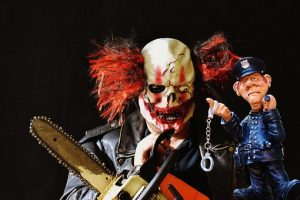 A Malay lady, who runs a successful business overseas said, “The people who are betraying the Malays, are the Malays themselves.”

Hers has been the most frank admission I have heard from another Malay. Just think about it. Who robbed the taxpayers of their hard earned cash? FELDA? Tabung Haji? Who took the money which should have paid for the milk meant for poor pupils in schools?

On the other hand, in the previous week , three successful, professional Malays, living in Malaysia, told me that the non-Malays should not demand too much, if they wanted to live in Malaysia.

It appears that Pakatan Harapan has a lot of rehabilitation to do, especially among the Malays. 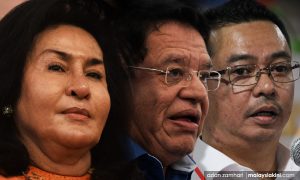 Not exactly the three musketeers, but the three Mansors…

Prime minister, Dr Mahathir Mohamad, has been vocal about his criticism of the Malays. He has called them lazy and accused them of seeking the easy way out. Is he right?

In November 2018, the Terengganu police chief boasted that the state has no gangsterism problem, because the state is overwhelmingly Malay. Aidi Ismail claimed that the community showed respect towards figures of authority, like village elders, village chiefs and imams because the state population comprised 97-per-cent Malays.

Why is Aidi so shallow? What did the Malays say about large scale corruption, the high rates of pornographic internet viewing on the east coast, the drug taking, the rates of incest and the high percentage of people infected with sexually transmitted dieseases (STDs) and HIV/AIDS in the area? The 1MDB has its origins in the Terengganu Investment Authority (TIA). The former disgraced prime minister, Najib Abdul Razak brought Malaysia to its knees.

The Malay  social fabric is at risk of disentangling. Religion has not managed to reduce the drug taking, incestuous relationships, teenage pregnancies or big-scale corruption and theft of public money. The majority of Malay women are afraid to speak out against child marriages or polygamy. Unlike in other Asian countries, few Malays stage public demonstrations demanding the authorities immediate action, when a girl is gang raped. Did the Malays bother to protest when they heard that their pilgrimage fund (Tabung Haji) had been looted? No! Many Malays scream about Malay rights, but keep silent about the great heist of the Pilgrimage Fund (Tabung Haji), the theft of tax payers’ money by their Umno-Baru leaders. The high wages paid by the former, disgraced PM, Najib Abdul Razak to his cronies which he hand picked to lead various GLCs and public institution.

When Dr Mahathir, or any member of royalty, chides the Malays for being lazy or for wishing to be more Arab, and forsake their cultural heritage, most Malays would nod in agreement.

When ordinary Malays admonish other Malays, in more or less the same manner as the titled or  privileged, many Malays get worked up and words like “traitor”, “forgotten his roots” or “heathen” are hurled at them.

Why is this? Why won’t the Malay community accept criticism from a fellow Malaysian, but will nod, bow, scrape and agree, with those who are often described as “somebody in society”? Is the feudal streak in the Malay, so deeply entrenched?

When a non-Malay comments about a vile practice, which has no place in modern Malaysia, such as child marriage, the Malays are quick to threaten the non-Malays with execration, or violence.

Perhaps, Dr. Mahathir should have added that there are many Malays who are intelligent, hard-working and amiable, but the ones who get in the news are those who shout the loudest about maintaining the affirmative action policies and their special rights.

Has Dr. Mahathir finally realised that decades of affirmative action policies have caused many of the problems which affect our society, especially among the Malay community? Why won’t he end these policies?

Ever since the 1970s, the Malay mind has been a fertile ground for Umno-Baru to sow the seeds of self-doubt. The Malays have been brainwashed into believing that they are weak, that their religion is ineffective, and that the Umno-Baru brand of Islam is better. These tactics keep the Malay ignorant and feeling inferior.

The Malay is inundated, daily, with the emotional baggage of race, religion and royalty. Is it any wonder that his confidence is eroded.

The only way that the Malay can challenge those who call him lazy, indolent and prone to blame, is to prove, by his actions, that these criticisms do not apply to him. For proof, he can look to his fellow Malays who left for pastures overseas, and thrived without the crutches of the NEP and other affirmative action policies.