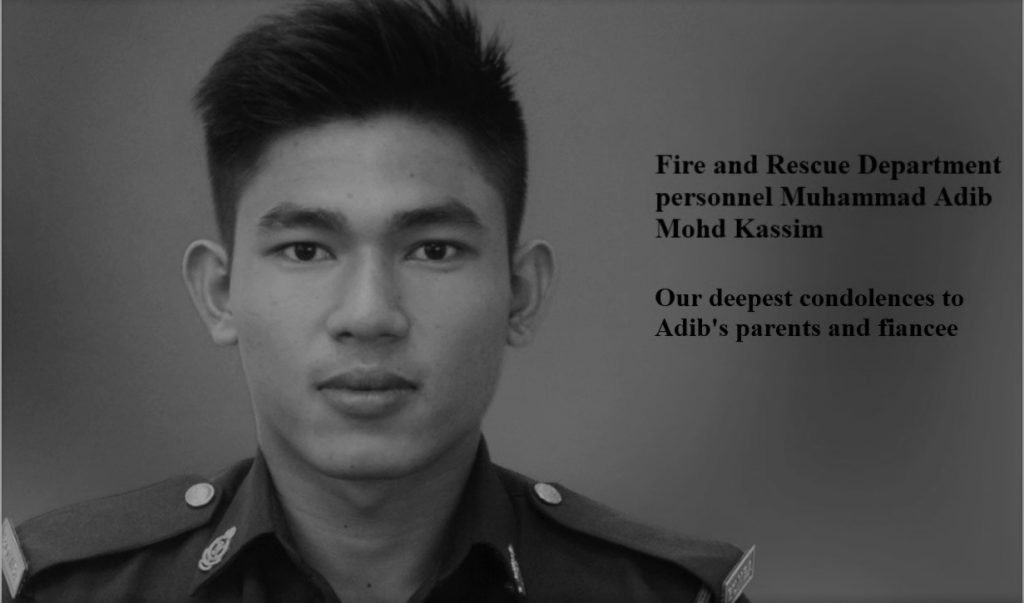 The Malaysian fire and rescue service is going through a terrible period.

They suffered another loss, when Muhammad Adib Mohd Kassim, who was attacked on 25 November, died on 17 December. 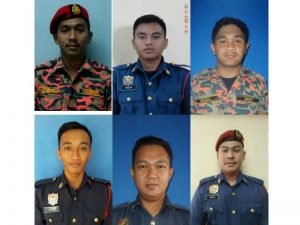 Seven weeks earlier, on 4 October, six firemen drowned when they tried to find and rescue a teenager who had fallen into a disused mining pond. The six  men were ill-equipped to deal with the raging waters. The Standard Operating Procedure (SOP) was inadequate, but will now be modified with proper equipment and advanced techniques.

In Adib’s case, the conspiracy theorists claim that this was a racial and religious incident. Others claim that it was about power, business interests and political cronyism. So, what is the real story?

The death of 24-year-old Adib has shocked the nation. He was to be married later this month. Instead of a wedding, his fiancee will be attending his funeral.

As a fireman, Adib was responding to vehicles being torched by rioters during the fracas at the the Seafield Sri Maha Mariamman temple in Subang Jaya. He was merely doing his job and appears to have been an innocent victim of the violence between the developers and the temple devotees. 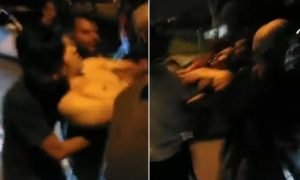 What happened? What did Adib’s colleagues witness? Where was the police presence?

No-one knows what actually happened to him, apart from the fact that he appeared to have suffered a beating, but a temple priest claims that a truck had revered into Adib. This has however been disputed by the authorities.

Things turned violent, as they almost always do, when religion is involved. Added to that, the presence of money-and-profit-driven developers, creates a tinder box situation.

In Adib’s case, it was alleged that the developer had hired thugs to secure the temple, instead of allowing the takeover of the temple land, in accordance with the law. This resulted in clashes and a riot, involving temple devotees and temple guards. Adib was attacked on the second day of rioting. After police investigations, the Home Minister, Muhyiddin Yassin alleged that lawyers for the developers had hired thugs to cause havoc. 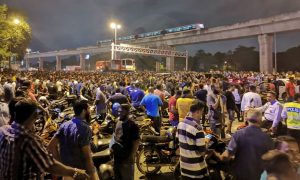 Despite showing signs of recovery, Adib succumbed to his injuries, three weeks later.  We may not know what really transpired, because Adib has died, but it is certain that the blame game will start in earnest, as the police have reclassified Adib’s assault as murder.

The assertions of the temple priest, that Adib had been mowed down by a firetruck, have been dismissed by the authorities. After reviewing photographs and videos of the incident, it was shown that the person who was allegedly injured was in a fire-resistant Nomex suit and helmet. Adib was wearing a camouflage uniform. 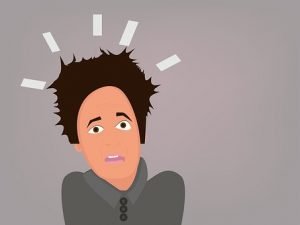 Adibs death has undoubtedly led to more questions. Here are some of them:-

Did Adib remember what happened?

When he regained consciousness, was Adib able to tell the police, his doctors or his family, how he sustained his injuries?

Would an autopsy on Adib help? Being crushed by a heavy truck would create different injuries from those sustained during a beating.

Where were the police?

Where were the police during this riot? The firemen risked life and limb to undertake a task for which they have been trained. Why did the police not escort them, or enforce law and order?

What did Adib’s colleagues witness? 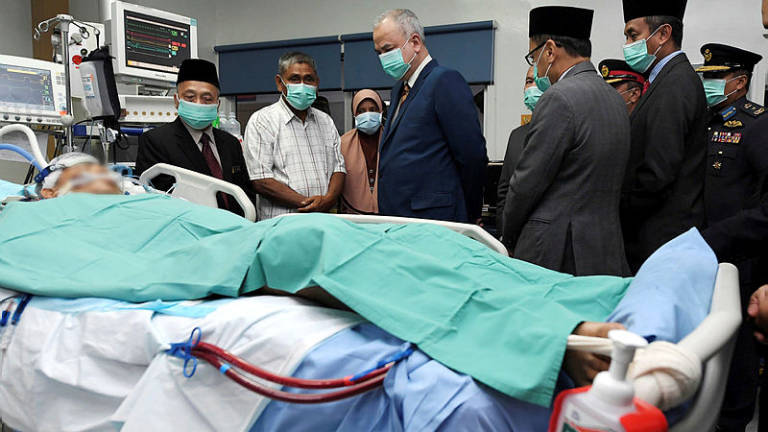 Why allow strangers and celebrity gawpers, who are non-family to visit Adib when he was recovering?

He is vulnerable to infection.

The injured Adib was rushed to hospital. He was treated in intensive care, as he was in a life-threatening incident.

So why did the hospital allow a succession of visitors, mostly non-family, from Sultans to senior politicians and celebrity busy-bodies to see him? How did this serve Adib? 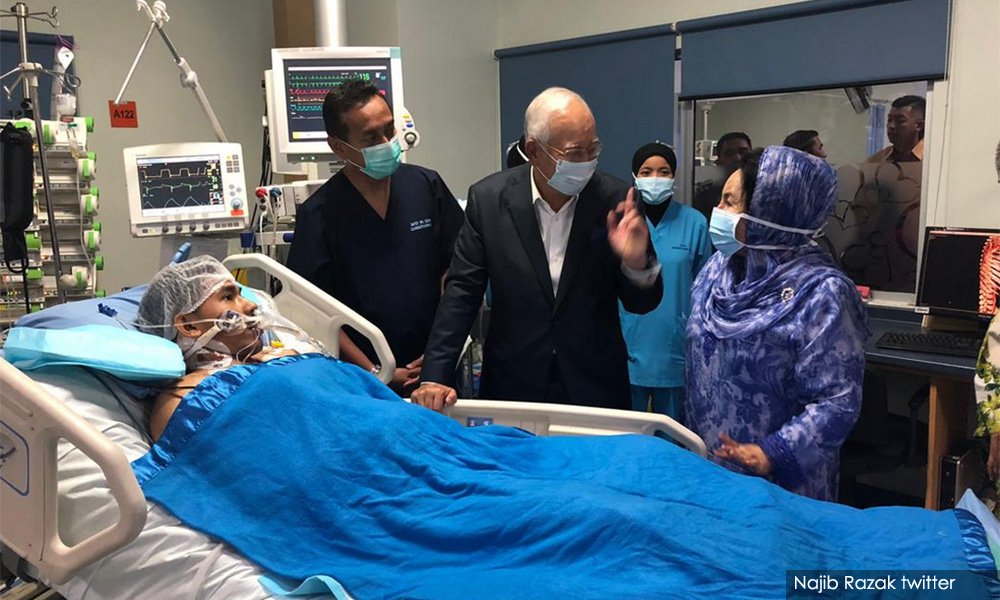 The celebrities are like the despicable rubber neckers who gawp and gaze at injured people, in a traffic accident. Even a disgraced former PM and his wife, joined the gawpers. The people who authorised these visits should be sacked.

The medical staff, the hospital board and family members of victims, should protest against this idiotic Malaysian practise of showing-off one’s mock caring attitude. Or, are they afraid to resist the VVIPs? Only close relatives, like Adib’s parents, siblings and fiancee, should have been allowed to visit him.

Adib had a serious lung injury. Who knows what infection his vulnerable lungs could have contracted from the endless troupe of strangers.

This charade and circus  should end now. In the past, ministers would take publicity photos to show their mock compassion, and be photographed beside the victims of serious bus crashes. They would be better employed ensuring that the laws which promote safe driving, were enforced.

Why did the investigations into Adib’s assault stall soon after the Deputy Home Minister,  Mohd Azis Jamman, said that the authorities would track down and severely punish those involved in Adib’s assault?

No progress reports were issued after that, but on 4 December, four men whose ages range from 21 to 24 years, were detained to assist investigations into the attack on Adib. They were released, on 10 December, on a court bond and police bail, after their remand order expired.

Now that Adib has died, will they be recalled to assist the investigations?

The Perlis mufti, Mohd Asri Zainul Abidin (MAZA), has called upon the authorities to deal with the extremists who attacked Adib.

As a man of the cloth, shouldn’t MAZA try and act more responsible? 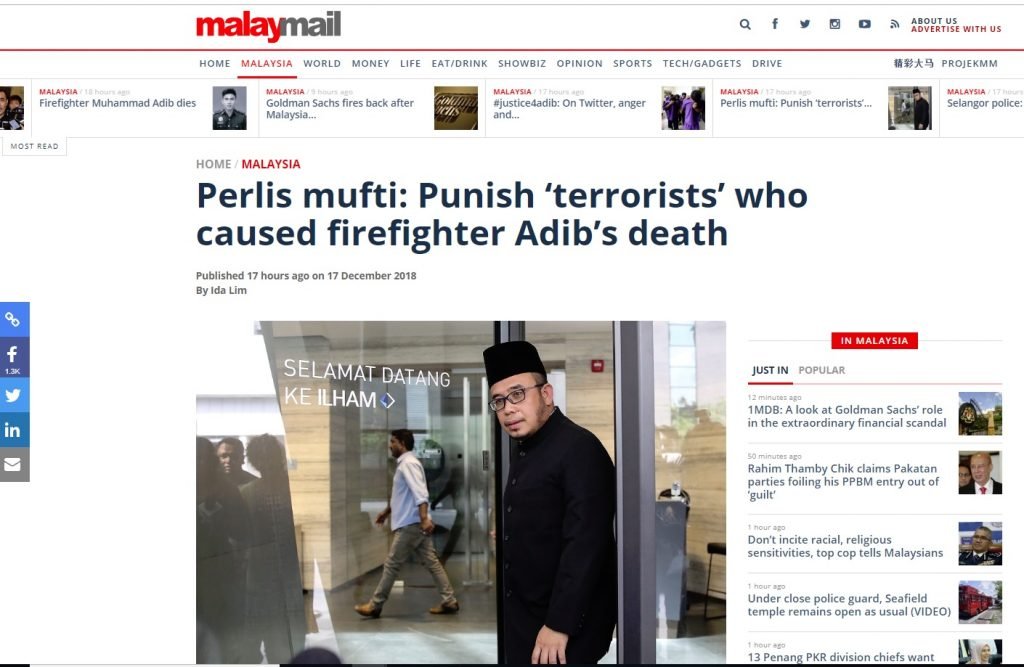