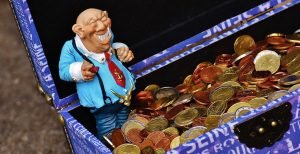 Shouldn’t MPs debate the motion to strip a Datuk of his title, if he has been involved in corruption?

When a Datuk is found to have committed a crime, or been involved in money laundering, abuse of power or stealing the taxpayers’ money, he should be stripped of his Datukship.

We are told that the Datukship is awarded to people who have been involved in charitable causes, or services to the nation.

It is concievable that a selection committee vets a person’s character, as soon as he is nominated. So what happens to the Datuk who is involved in corruption?

The fallen Datuk brings shame to the Datuk fraternity, embarasses his family, dishonours the Sultan who awarded him the title, and brings into disrepute both his profession, or his government department, if he is a civil servant.

A Datukship, opens many doors for the recipient. Some Datuks know how to milk the title for all its worth. You need only see how some people react when they are approached by a Datuk. They usually recieve preferential treatment.

The recent spate of MACC arrests, from semenanjung Malaysia, to Sabah, implicated senior civil servants, bank officials and heads of department, many with the title, Datuk.

Last March, MACC officials arrested a senior civil servant, from her home, in the Klang Valley, in an operation codenamed “Ops Tiris“. The woman, with the honorific Datuk, was allegedly involved in a fraudulent scheme, which allowed certain companies to escape the government tender procedures. These companies were subsequently able to operate over 40 retail outlets at Government hospitals, throughout Malaysia.

The Datuk’s alleged accomplice, a former Goverrment officer, was also arrested for his involvement in the scheme which netted around RM20 million worth of bribes.

A few months later, in August, the MACC arrested three more Datuks and Datuk Seri, all of whom were civil servants, in their 50s. They were allegedly involved in corruption, abuse of power and money laundering.  The MACC froze around RM13 million in their bank accounts.

These Datuks were working in a government department, a local authority and a government-linked company (GLC). Their ill-gotten gains had been used to purchase several condominiums a bungalow, and Maseratis, BMWs and Audis, which were all impounded.

A month later, in September, the MACC raided the office of the Tourism Ministry and questioned four tourism ministry workers regarding a ministry official, who is a Datuk Seri. The allegations involved abuses of power.

Worse was to follow, when “Ops Water” exposed another shocking scandal, in early October. The director and deputy director of the Sabah Water Department, had allegedly been involved in a multimillion-ringgit scandal linked to the award of construction contracts.

Around RM115 million were recovered, together with jewellery, designer bags, luxury vehicles and land titles. The department deputy director’s brother, who is a Datuk and a businessman, was also arrested.

Corrupt Datuks have brought disrepute to the nation.

MPs need to demand that corrupts officials and businessmen  have their Datukships, revoked.

The board which awards these Datukships need to polish their act and scrutinise each nomination. They have failed the people, because so many Datuks are percieved to be corrupt.

The Datuk system risks being tarnished and if nothing is done to strip the corrupt Datuks of their awards, the reputations of the Sultans, will also be affected.