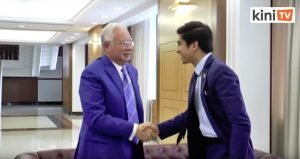 Syed Saddiq Syed Abdul Rahman’s well publicised, albeit informal discussion, with the disgraced Najib Abdul Razak just goes to prove that most 18-year-olds have better judgment and credibility than the minister who represents Malaysia’s youth. Syed Saddiq gave the wrong message to our youth. He set a bad example.

Our youngest MP, who championed the move to lower the Malaysian voting age to 18, disappointed us with his act of madness. Was Najib on a charm offensive? Had the wily Najib caught Syed Saddiq off-guard?

Under that smiling veneer, the polished look and the-trying-too-hard-to-please-everyone exterior, Syed Saddiq is just a young man who is naïve and a poor judge of character.

He may have been Asia’s best debater for three consecutive years. He is probably Prime Minister Dr Mahathir Mohamad’s blue-eyed boy. His allegation that he had turned down a place at Oxford would have outraged many “tiger mothers”.

Syed Saddiq should be praised because he wanted our “youth to have more say in policy matters, nation-building and be empowered to make more responsible decisions.”

So, what happened to Syed Saddiq’s integrity? He was wrong to entertain Najib. He need not be discourteous; he could have nodded to acknowledge Najib, and then walked away.

Instead, Syed Saddiq shared a couch with Najib and acted like an attentive schoolboy scrupulously taking down notes while the “teacher” prattled on. Syed Saddiq confused everyone with his mixed messages.

Najib is facing a slew of criminal charges in court, including money laundering, corruption and criminal breach of trust. He lied to the nation, left us with a national debt of one trillion ringgit, crippled us with the “Cash is King” mentality and then had the audacity to say that both he and Syed Saddiq agreed that Malaysian politics had to rise above personal attacks and character assassination. 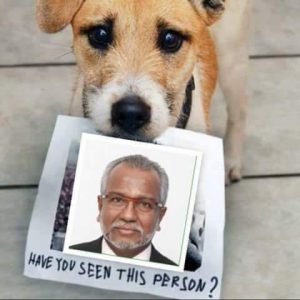 Najib’s lawyer, Muhammad Shafee Abdullah (above), embarked on a nationwide tour with the then Youth Minister, Khairy Jamaluddin, to besmirch Anwar Ibrahim’s character, soon after Anwar had been convicted on the Sodomy II charge. Did Najib dissuade them?

The naïve Syed Saddiq does not realise that he is being used by Najib to prop up his own failed public image. The “BossKu” tag has a limited shelf-life, especially after the drip-drip effect of various exposes, revealed at Naijb’s trial.

As they sat on the couch and were photographed together, Najib probably saw in Syed Saddiq the young Pekan MP that he was, the career politician who, five decades ago, was thrust into the political limelight, on the death of his father, the second prime minister of Malaysia. Najib need not make a mark in the world, because he survived by trading on his father’s name.

Thrust into the make-believe world of political intrigue, backstabbing and false promises, Najib soon learnt to climb the greasy pole of politics, to survive, and to reach the top. It is a world dominated by three “Ss” – sex, sleaze and scandal.

Najib will tell his ardent followers that both he and Syed Saddiq have much in common. It will damage Syed Saddiq more than it does Najib.

Syed Saddiq’s first move was to court Najib, and his second wrong move was when he tried to seduce Khairy (below) to join Bersatu. 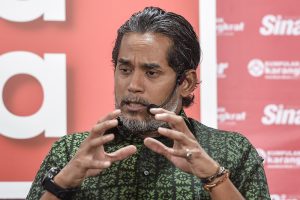 Who is he trying to please? The public, the youth or his boss, Mahathir? Is this a foolhardy attempt to get brownie points and copy Mahathir, who had earlier urged “Malay” parties to join Bersatu? Syed Saddiq lacks originality.

On Umno-Baru, Khairy has been in denial and until Umno-Baru/BN’s defeat in GE14, he refused to acknowledge that Najib was a kleptocrat. Khairy is spoilt goods and should be left to rot.

Nevertheless, Syed Saddiq could learn a thing or two from Khairy. Some former national athletic champions claim that Khairy was good at meeting athletes, listening to them and doing something about their welfare. They allege that Syed Saddiq is not easily approachable.

Syed Saddiq could also learn to be more transparent, unlike Khairy, who has yet to explain the whereabouts of the RM107 million that had been embezzled by Khairy’s former ministry officials.

Don’t be a career politician

The three men – Najib, Khairy and Syed Saddiq – are career politicians. Syed Saddiq needs only look at the other two and see how he could end after a few decades.

Najib’s downfall was precipitated by greed, and Khairy is now a spent force, at a relatively young age.

Syed Saddiq should leave politics at the earliest opportunity, learn a trade or skill, and make a success of his chosen living. Once he has matured, both as a person and wage-earner, he can return to politics and act from a position of strength.

As a minister, Syed Saddiq can’t even do what young men of his age enjoy doing. He must constantly look over his shoulder, lest people are watching, ready to pounce on him and bring a premature end to his political career.

Syed Saddiq needs only to look at Najib and see a man corrupted by politics, and one who lacks a moral compass.

Syed Saddiq should go out and get a life – before politics consumes him.