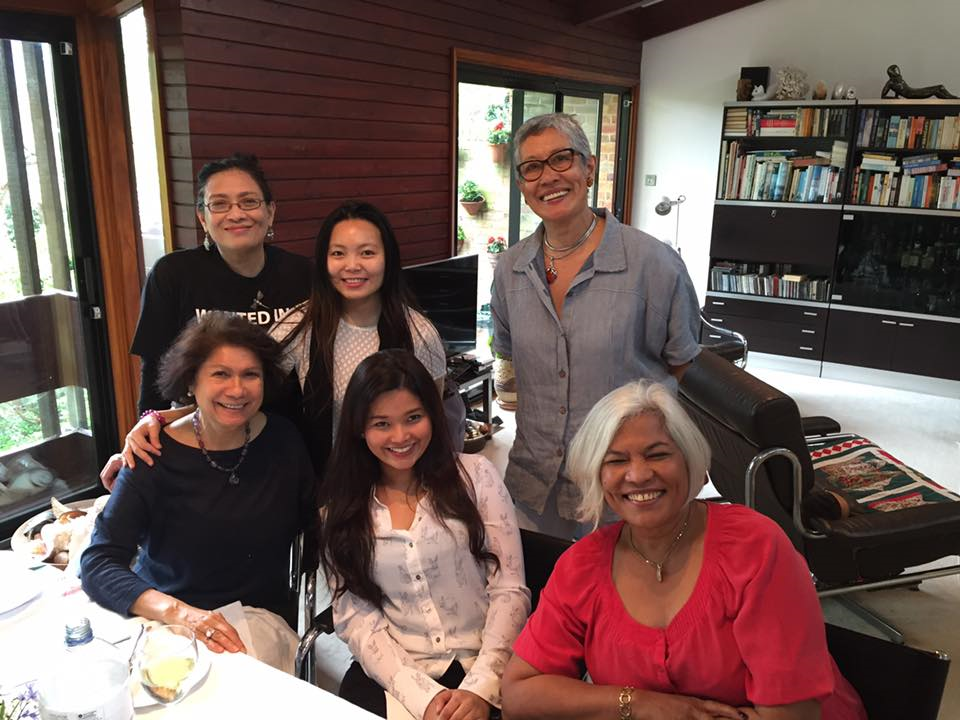 His cheeky face said it all. The piercing banshee-like laugh, his mischievous eyes and his wild look, promised an interesting night.

Hishamuddin Rais, the social activist, writer, comedian, film director, philosopher, and person who has notched-up 10 prison terms in four countries, was the stand-up comic at The Horse, a pub on the Westminster Bridge Road, in London.

The venue was packed with Malaysian students, the Malaysian community and many Mat Sallehs with ties to Malaysia.

The controversial activist, away from the prying eyes of the Malaysian Department of Islamic Development (Jakim), was in his element and he revelled in it.

Equally at home in sunny Brickfields, or in the heart of Brixton, Hisham had lost none of his charm or his invective against the Umno-Baru dominated Malaysian government, which he blasts for the â€œbonsaificationâ€ of the Malay mind.

He expressed gratitude for the opportunity to perform in London and said that it had been several years since his last stand-up performance.

As the crowd settled in to watch him, Hisham knew that the audience was desperate for answers and anxious about the worsening social and political environment at home. They looked at him, as if he was their saviour – the second Messiah.

He said, â€œPeople always ask me about the solution.

His face broke out into a devilish grin as the crowd laughed at the double-entendre.

He said, â€œThe Bangladeshis, Burmese and Indonesians who become illegal immigrants in Malaysia have got their priorities wrong.

“If you want to be an illegal, you go to London, not Kuala Lumpur!

â€œThese 6,000 illegal Malaysians in London, are the cool dudes.â€

Hisham described how the local cockney accent had been replaced by other tongues. The increase in the price of fish and the gawky fishmongerâ€™s daughter, he once knew, were no longer around. The fish stall was there, but had been taken over by a foreigner.

The health conscious Hisham has written a book, called Tapai, on ulam and other local delights. He often takes charge of the kitchen and cooks for himself and his group of young student activists.

When I first met Hisham, he had not resumed his career as a stand-up comic, in London, but was touring England, together with members of â€˜Teater Bukan Teaterâ€™.

They held a series of talks, workshops, exhibitions and forums with Malaysian students, at various universities. They aim was to increase awareness of Malaysian human rights, current affairs and speak about the alternative youth counter culture in Malaysia.

The visiting students and activists in the troupe were in a play, â€œBilik Sulitâ€ (The Secret Chamber), about the torture and police interrogation of Internal Security Act (ISA) detainees. It is based on the true testimonials of the people who were previously detained under the ISA.

They covered Manchester, Nottingham and Sheffield, before returning to London. Their aim was to engage the Malaysian students in UK and groom them for positive change in Malaysia.

It is as Hisham said, change is in our hands.

NB: The girls above would like to stand in solidarity with Hishammuddin Rais, pemasak, philosopher dan playwright extraordinaire.