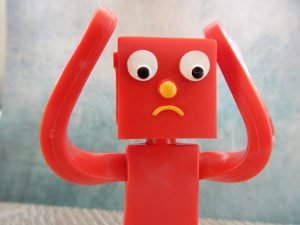 An Ipohite, Multatuli, says:  The euphoria of May 9 has turned to despair.

Promises made have not been kept and some will never be kept. Many were made with the thought that they (Pakatan Harapan) will not have to front up because they didn’t expect to win. The prime minister admitted as much. Dishonest? Yes of course but we are talking about politicians.

There are potential positives; I say ‘potential’ because I am wary; whether they eventually deliver what we voted for is still uncertain – for instance the structural reforms (AG office);  fair and open electoral boundaries; local government elections to name three. 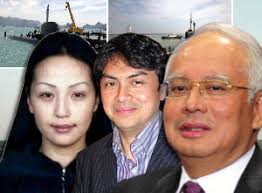 Will Altantuya’s father see justice for his murdered daughter? Will Najib Abdul Razak be made to pay for 1MBD and other alleged crimes. Zahid Hamidi has 45 charges against him. Will he serve jail? And the many other ikan bilis caught in this web of corruption and theft. Will they ever face justice. Or will the trial drag on till the Old Man dies in which case I am not sure if his successor will not do a deal. Already many are worried by the noises he is making.

I was one of those who spoke in Anwar Ibrahim’s favour – thinking that his years in jail has changed him. And like many; believed that he was wrongly incarcerated (which I still do). But his recent speeches and his actions worry me and I must confess I may have got it wrong about Anwar. The man is a well known chameleon.

I get recurring nightmares of the time he was minister of education and of his callous disregard for other cultures when he was peddling the National Culture which excluded all cultures except for those based on Malay and Islamic cultures (and native cultures).

But it’s early days; Anwar might have had an epiphany after all – time will tell. Fingers crossed. 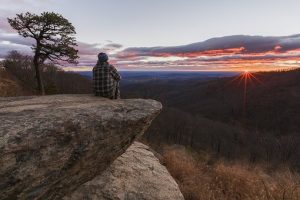 So it has been a false dawn. If we are honest with ourselves; we have been duped – again. The Malaysia Baru is the same as the Malaysia Lama – only more honest (so far); I will grant you that.

What about national unity?

But leaving aside the promises in PH’s manifesto.

What about the bringing together of the races? The national unity –  Bangsa Malaysia. We are still Bumi and Non-Bumi; instead of Malaysian. And if anything the racial fault lines seem to have widened with the recent show of kris by Malay “warriors” whipped up the ex-Deputy PM and others; using the ICERD as an excuse. So much so that the once strong man Dr Mahathir Mohamad has to backpedal on recognition of the UN initiative. The Mahathir of old would have thrown them in jail without blinking. What happened to the Operasi Lalang spirit when it is needed and justified? 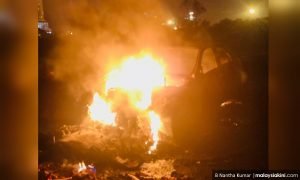 We cannot allow hooligans and extremists to dictate policy.

A quick sharp shock is what is needed. Why has the police not done it’s duty to arrest those who stir up racial tension? They did that without hesitation in the past even when the protestors were peaceful and there were no cries of May 13 and show of kris.

This selective enforcement of the law will come back to bite them and us.

So now do we only sign conventions or enforce policies  allowed by the rabble? We know for certain that PAS has orchestrated the demonstrations with UMNO. What is the part played by the religious establishment in all this I wonder? 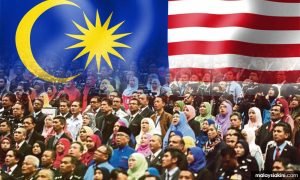 If I may paraphrase Usman Awang:

“The once single nationality we dream of

Seems so distant from reality

My hopes turn to despair

And my anger to sorrow

When they divide us by race and religion

One is bumiputra the other is not”

A State of Confusion 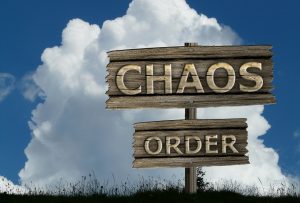 DAP the flag bearer of Malaysian Malaysia is a disappointment in more ways than one. Despite being the largest party in the Perak State Assembly they (and PKR and Amanah) has allowed PPBM with one adun (later three when two frogs hopped over from UMNO) to be the Mentri Besar.

Now this man has come up short. He shows a lack of vision and common sense. He has made nonsense suggestions – that we build a new airport when the State is almost broke. Or not to gazette Belum so that logging can be done. There is openly voiced question marks by the public about his academic degree which he claims to have. No wonder.

This of course can be verified and should be verified from the university he claims to have graduated from. I can only guess why people question his education level – the kind of decisions he makes.

For Perakians it’s a double whammy. We like other Malaysians are unlikely to see Malaysia Baru; but we are certainly seeing a Perak Lama – a State of Confusion and Despair.

Is my state so void of talent that we have to accept a clown? 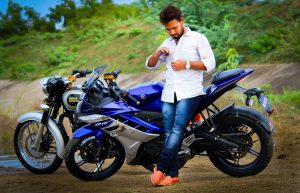