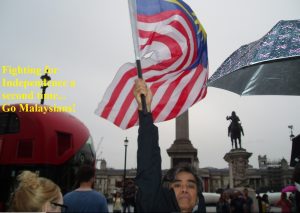 A patriot says… It has been sixty-one years since we had our independence.

As a boy I remember well the euphoria surrounding this fight to free our country from the clutch of imperialism. It was a fight we, the Rakyat of this country, as a near-total majority, stood shoulder to shoulder in a battle to usher in the birth of our new nation.

Today, we have again lost our independence. And what is heart wrenchingly sad and utterly pitiful, is that the present catastrophe befalling our nation is totally self-inflicted, and by no less than those we had trusted and reverently put into office.

This second time loss of our independence had been deliberately and blatantly schemed as something that many, even those at the global level, consider the ultimate treachery of a traitor.

This traitor was the same nationalist hope turned pretender who, as a boy living in the Lake Garden Sri Perdana, asked his illustrious father to have a swimming pool built, and was curtly told “doing so would be taking the Rakyat’s money for our needless indulgence”.

One would have thought this traitor would have remembered these words of wisdom from his father and made it a bedrock principle in his handed-on-a-silver-platter meteoric political journey. 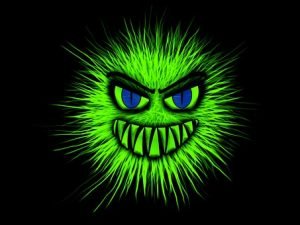 Sadly he chose, for whatever reasons, be they greed, ambition, third-party undue influence, or perhaps even his until then hidden evil and outright cussedness, to put self and his cohorts way, way, above the nation that he had sworn to serve and owes everything to. This is the sad reality of it all – a nation on the threshold of its dream, back-stabbed and being uncaringly destroyed by the very person who was touted to take it to its planned glory, sidetracked by personal greed; the perfect case of “Harapkan Pagar, Pagar Makan Padi”.

With the discovery of his many and colossal wrongdoings, he had since lavished all his cunning and derring-do on shoring up and strengthening his personal authority, power, and position, regardless of legitimacy and the norms our country have been adhering too ever since, merely to fend off the legitimate and due consequences of his vile actions.

If only he had taken the other path

If only he had used his brilliance in cheating, lying, bribing, threatening, and manipulating our systems and the many equally unprincipled heads of agencies, imagine where our nation would be today – certainly not the laughing stock and the butt of cynical and off-coloured jokes of those who used to envy us.

Today we are a nation steeped in debts, its laws being willy-nilly tinkered with, its enforcement agencies being dictated to, and Parliament is no more than a one-sided chamber shouting abuses between its members not unlike the scene in the Central Market when it was a dirty and stinking wet market long ago.

Clearly our country today is designed to serve this traitor and his wider interests exclusively. Our basic systems of check and balance have been made to function not as they should, but as what this supreme traitor wishes.

The common Rakyat have no more recourse for justice other than through the endorsement and blessing of this traitor and in the interest of his personal cause. Our right to voice our opinions and our right to free speech are gone, and whatever we say are not fakes that would violate a provision soon-to-become law, only if what are being said aggrandize him and what he does. 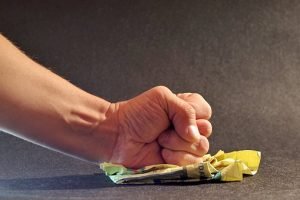 Our country is no longer a free country. We have been taken over by a pack of greedy, cheating, lying, and scheming traitors, master-minded by their supreme traitor who has no compunctions in doing anything, anything at all, as long as what he does serves his purpose in preserving himself from his just retributions.

He remains an untouchable

Despite the condemnations of the world, he is still a cloistered untouchable in the country he has abused to the absolute limit. This is the extent of the siege that this traitor has now put this nation under.

And despite the humiliating scoffing of neighbours and the world, still the majority Rakyat have, up to now, continued to accommodate and put up with all his flagrant and dictatorial wrongdoings.

That’s how pitifully low we have, as a people, descended to!

So, go Najib go; do your worst and cheat the hell out of this next GE, because that would be the only way you can hope to win. Who knows, maybe, just maybe, the thirty million Rakyat might still let you get away with your blatant cheatings.

Then again, you might just exhaust their seemingly inexhaustible patience, something you had very likely and dangerously mistaken for cowardice, and trigger our nation’s SECOND BATTLE FOR INDEPENDENCE.

It has been sixty-one years since our previous generations battled for independence. Perhaps, like a rotting house, we just have to do it all over again.

By Jassi, a very angry, concerned and loyal Malaysian.

(Photo is from my own collection. Top Photo is not of Jassi.)