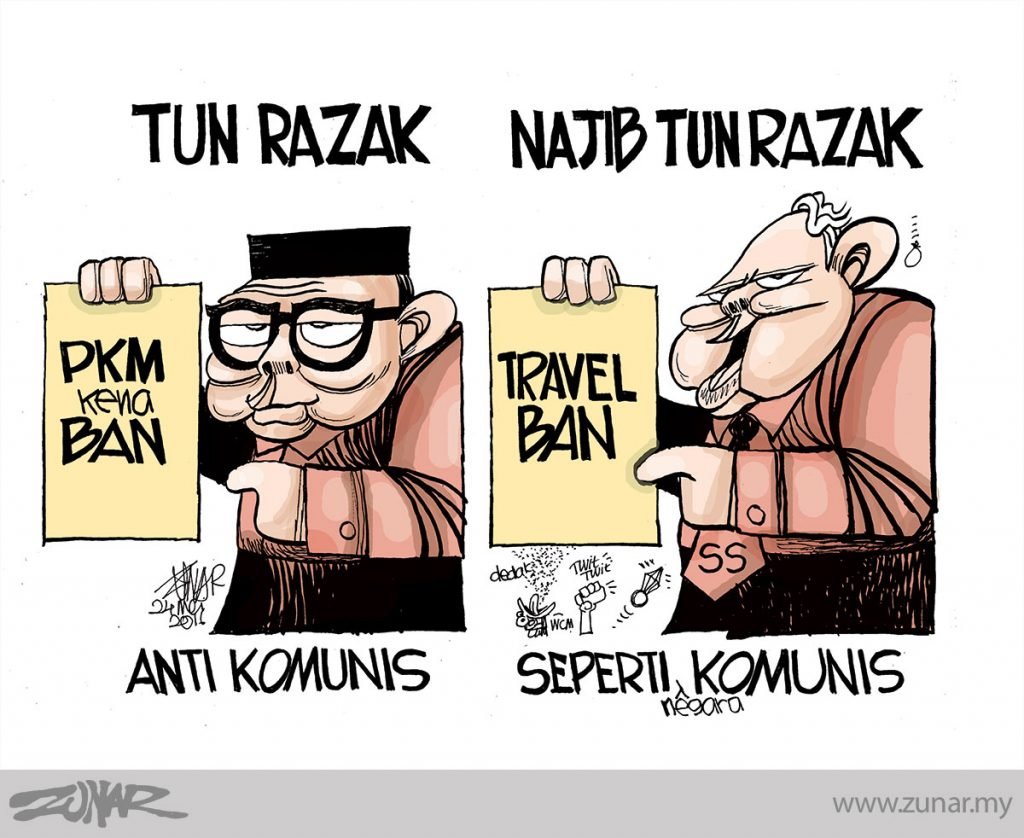 The travel bans imposed on a handful of influential Malaysians, to prevent them from travelling overseas, is a clever means to distract the rakyat, from the issues plaguing Malaysia.

The international media is like a child with a short attention span. A Malaysian travel ban may cause a frisson of excitement, but the media will soon move on to a new story.

On the other hand, the ban may excite the lawyers, who will argue the merits of the constitutional rights of the banned individual.

To the man-in-the-street, a ban will restrict an individual’s freedom, to travel, but for the owners and editors of papers, the bottom line is readership, and more importantly, money. To a lesser or greater extent, editors must respect their corporate partners/sponsors.

So, news about a travel ban is not as exciting, nor will it sell as many papers as a warped Malay male groping a cardboard cut-out of an attractive female, who is promoting the products of a certain oil company. Blame it on the indoctrination of a nation, which is driven by the testosterone of the mullahs.

i) They are ineffective.

ii) They are a distraction.

The Malaysian travel ban is  meant to wear down the people who are banned, by making them concentrate their efforts into appealing against the ban, thus depriving them of valuable time creating awareness about our problems.

Instead of being active in highlighting the many abuses of the system, the individual has to attend court or spend time with his lawyer preparing his case notes.

Do you think that banning Malaysians like Tony Pua, Hishamuddin Rais, Maria Chin Abdullah and Zunar, from overseas travel, will hide our corruption scandals, Muslim extremism, or the regressing educational standards of Malaysia? No! The ban will only stop these people from telling others, about the desperate the situation in Malaysia. 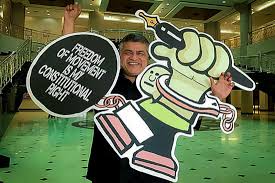 Travel bans have a specific purpose.

In the case of the banned Malaysians, the government is attempting to stop them from obtaining valuable international media coverage. If no publicity is given to the banned individuals, Najib can continue his plunder of Malaysia’s wealth.

Just imagine the non-stop drip-drip damage to Najib’s reputation when the foreign media reports on the corruption scandals which are exposed at Zunar’s press conferences or exhibitions. Or Tony’s interview with foreign MPs. Or when Maria regales overseas Malaysian students with the latest scandals plaguing Malaysia. Or Hishammuddin’s colourful language denouncing Najib’s regime.

Travel bans are a means for Najib to exercise his power. 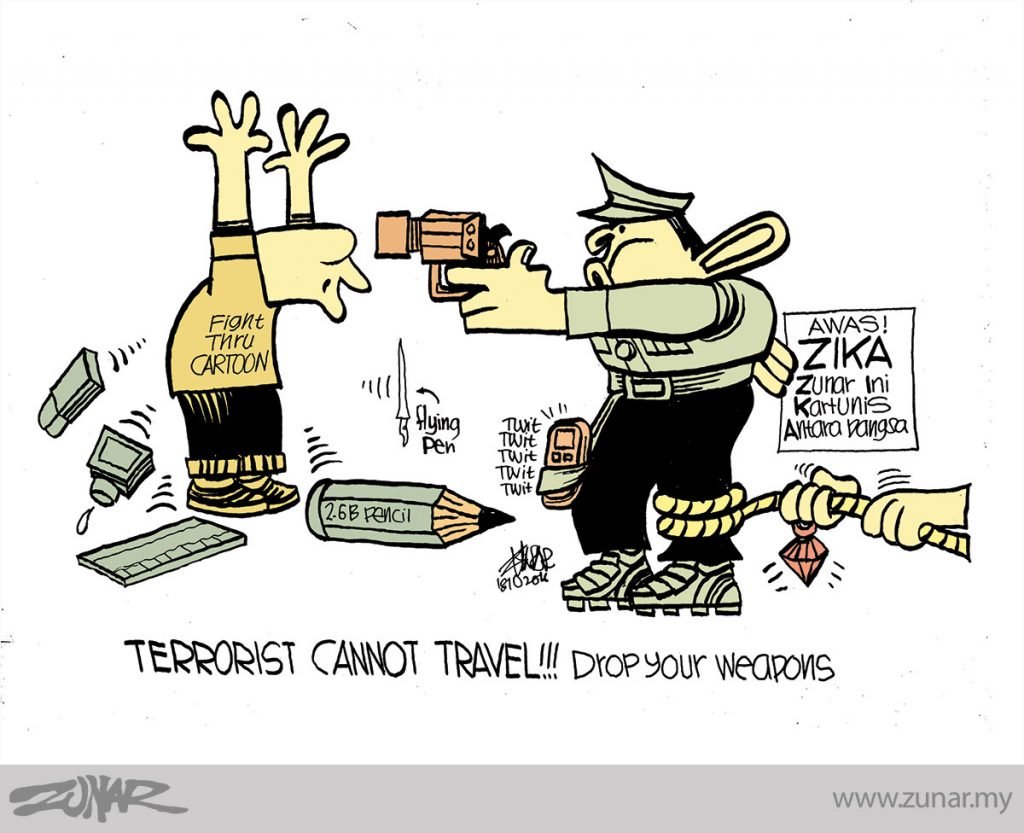 Power to deny the banned Malaysians  the acknowledgement for their contributions to society. For instance, preventing Hishamuddin from collecting his award from a South Korean civil society group.

Power to deprive the banned Malaysians of an international public presence.

Power to deprive them of public  recognition of their services to civil society.

The travel ban stifles dissent, because restricting the individuals’ physical freedom is a warning to others, that a similar fate will befall them, if they criticise the government.

The travel ban is also a form of harassment, of the individuals who are affected. The issues they highlight are already known to local Malaysians, and depriving banned Malaysians of an international platform reduces their coverage and influence. 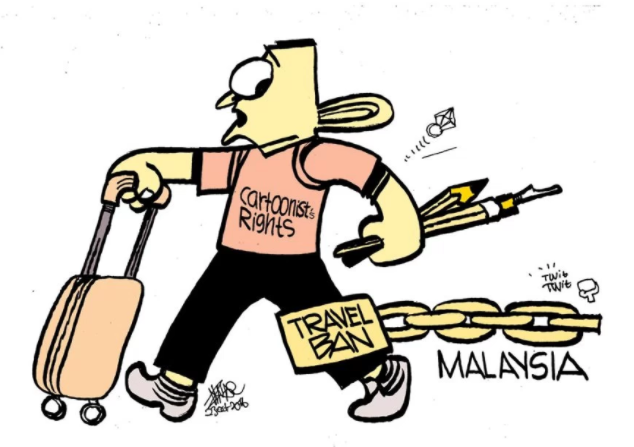 Banned Malaysians who do not keep up the pressure, may soon find that they are confined to history. Najib is well aware of former PM, Mahathir Mohamed’s axiom, that “Melayu mudah lupa”. Our Asian values of being deferential, of hating to upset others, and of keeping one eye closed instead of being confrontational, all contribute to our reticence.

We are eager to preserve our hard-earned rice bowl and not rock the boat. We refuse to come out of our comfort zone, and would rather someone else bucks the trend.

When it comes to the crunch, Malaysians will only  rebel only on Facebook, by clicking the “like” button.

They would rather stay at home, instead of turning up in droves, to show the authorities that, in truth, the power lies in the hands of the people.

(TRAVEL UPDATE: On 29 November 2017, the High Court dismissed an application for a judicial review filed by Zunar to challenge the Immigration Department’s decision barring him from travelling overseas since October 2016.)